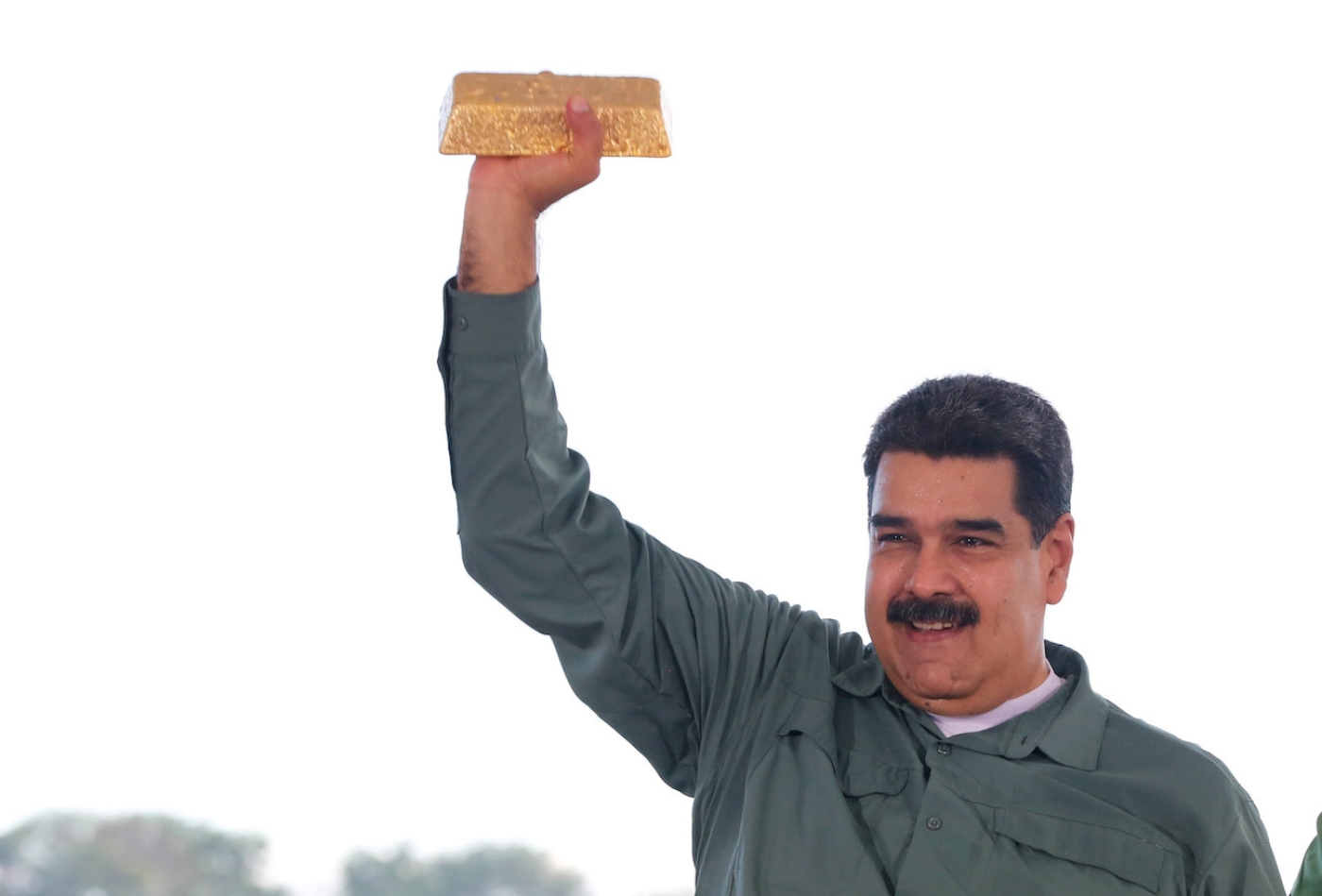 Venezuela has turned to the United Arab Emirates for an emergency supply of cash as it battles to stay solvent, planning to sell the Gulf country 15 tonnes of gold reserves from its central bank vaults, a senior official told Reuters.

The sale this year of gold reserves that back the bolivar currency began with a shipment on 26 January of 3 tonnes, the official said, and follows the export last year of $900m of mostly unrefined gold to Turkey.

In total, the plan is to sell 29 tonnes of gold held in Caracas to the UAE by February in order to provide liquidity for imports of basic goods, the official with knowledge of the plan told the Reuters news agency, requesting anonymity in order to speak freely.

Socialist President Nicolas Maduro is under intense pressure to step down, with Venezuela in deep economic crisis and the government facing widespread international condemnation for elections last year seen as fraudulent.

The United States, which is backing an attempt by the opposition to oust Maduro and call new elections, warned bankers and traders on Wednesday not to deal in Venezuelan gold.

Venezuela agreed a deal in January to send more gold to Turkey this year, where it will be refined and certified in the Turkish city of Corum.

Mehmet Ozkan, a former Turkish official who worked on bilateral relations with Venezuela until last year, said that Caracas has been exporting its gold to Turkey for safekeeping since the beginning of last year.

Ozkan, who is now a senior fellow at the Washington-based Center for Global Policy, said gold is replacing oil as Venezuela's chief source of income.

"They have significant problems in producing and refining the oil," he said of Venezuela. "Most of the oil income also has been automatically deducted by the international parties for Venezuelan debt overseas. Naturally gold came forward as a good choice," Ozkan said.

Republican US Senator Marco Rubio sent a tweet to the United Arab Emirates embassy in Washington on Thursday warning that anybody transporting Venezuelan gold would be subject to American sanctions.

Neither the embassy of the United Arab Emirates in Colombia, which covers Venezuela, nor the central bank responded immediately to requests for comment.

Venezuela had gold reserves of 132 tonnes between the central bank's vaults and the Bank of England at the end of November, according to central bank data.

Maduro's government resorted to selling off gold about a year ago after falling oil production, the country's wider economic collapse and mounting US sanctions hit public income and made it hard for the country to access credit.

But the sale of large volumes of the reserves underpinning the currency is a significant escalation that countries only generally resort to in the most dire financial straits.

By contrast, Maduro's mentor, the late president Hugo Chavez, cited the need for Venezuela to have physical control of central bank assets. In 2011 he repatriated around 160 tonnes of gold from banks in the United States and Europe to the central bank in Caracas.

Some Chavez loyalists are critical of Maduro's gold sales. Gustavo Marquez, a former trade minister under Chavez, said the government should not keep such operations in the dark.

"We don't know what is exported any more, or under what conditions. They are operations that should be transparent," he said in an interview.

Times have changed from the largesse of the Chavez era. Oil prices plummeted after Maduro took office in 2013, and he has overseen a sharp drop in oil production but has tried to keep up spending, leaving the government increasingly unable to pay debt or access new credit.

The three-tonne shipment that left Maiquetia airport on 26 January was transported on small Venezuelan cargo airline Solar Cargo to the United Arab Emirates, the source said.

The same airline will be used to ship 15 tonnes as soon as Friday, and 11 tonnes in February, the source said.

A person who answered the phone at Solar Cargo denied the company was involved in transporting gold, then hung up.

In recent days, the arrival of two Russian-operated planes at Maiquetia fired up rumours in Venezuela that they would leave with gold on board. That was incorrect, the source said, and has been denied by Moscow.

Buyers in the United Arab Emirates pay Venezuela with cash in euros for the gold, said the source, who did not mention which companies were involved in the transactions.