Chad: What does the death of Idriss Deby mean for the Sahel?

Authoritarian Idriss Deby moulded Chad into a military powerhouse, with troops fighting battles across the Sahel. His death could reshape power dynamics across the region 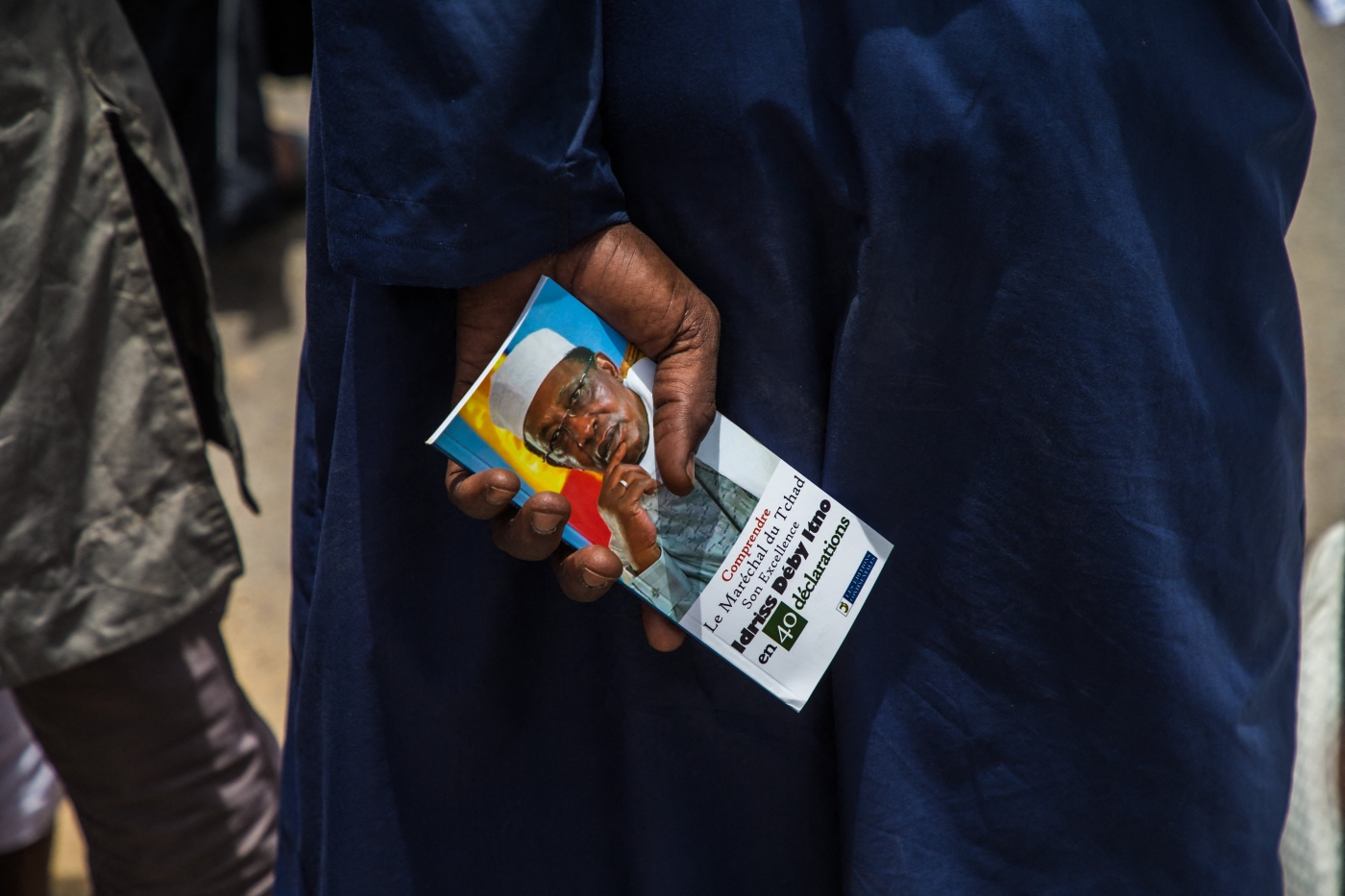 A man with a memorial book in his hands during the state funeral of the late Chadian president Idriss Deby in N'Djamena, on 23 April 23 2021 (Christophe Petit Tesson/Pool/AFP)
By
Mucahid Durmaz

It was typical of Chad’s President Idriss Deby, a life-long soldier and longtime authoritarian, to visit his troops on the front line, as he did early last week, soon after his undemocratic re-election.

As usual, Deby was posing as a warrior, standing tall in the face of an insurgency at home while deploying soldiers to fight militant groups across the region. 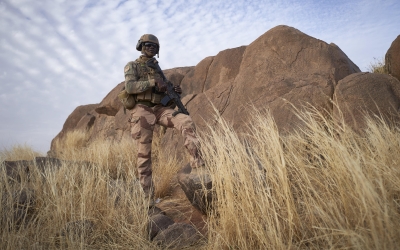 But this time it was different. The man who came to power spearheading a rebellion was killed by rebels, who had tried to overthrow him numerous times during his 30-year-rule.

Deby, who the night before was re-elected to a sixth term with nearly 80 percent of the votes cast in April 11's election, was announced dead on Tuesday by the Chadian army.

Beside Agouna stood Deby's son, 37-year-old four-star General Mahamat Idriss Deby Itno, who was immediately named leader of an 18-month transitional military council. The military then swiftly suspended the constitution and dissolved both government and parliament, vowing to hold a “free and democratic” election at the end of the transition.

More than a dozen opposition figures called the move an “institutional coup d'etat,” arguing that the speaker of parliament should have taken power, as per the constitution.

The rebel group Fighters of the Front for Change and Concord in Chad (FACT), which on election day, 11 April, launched the military offensive in northern Chad that led to Deby's demise, rejected the military takeover, saying Chad is “not a monarchy,” and vowed to march on the capital, N’Djamena.

Deby’s sudden death not only plunged Chadians into uncertainty but also sent shockwaves across the region.

Almost all countries around the landlocked nation, including Libya, the Central African Republic and Nigeria, are suffering from civil war, violence or chronic instability.

Chad has been an important counterforce to Boko Haram and Daesh (Islamic State) West Africa in the Lake Chad region and northeastern Nigeria.

With around 1,850 soldiers, Chad has also been the largest contributor to the G5 Sahel joint force, established in 2017 with Burkina Faso, Mali, Mauritania, and Niger to contain the expansion of violence in the region.

The Chadian army also serves the United Nations Mission for Stabilisation in Mali (MINUSMA) with 1,500 troops.

But France, its former coloniser, stands out as perhaps Chad’s strongest international ally.

French forces have been fighting in the Sahel alongside UN, US and European partners for the past eight years. But Operation Barkhane, an ongoing operation launched in 2014 involving more than 5,000 personnel, has made few tangible gains against the many violent militant groups in the region, in Mali in particular. Some have dubbed the conflict France’s “forever war”.

Chad, which sits at the crossroads between East Africa, the Sahel and the central part of Africa, has long been key to France’s geopolitical strategy.

And with France seeking to avoid being perceived as a military occupier, Deby successfully positioned Chad as a military heavyweight in the region by sending troops abroad to serve as frontline forces for France, even hosting the Barkhane headquarters.

Deby created an image of a reliable strongman, turning himself into a power broker and an instrumental part of the Francafrique network, which has ensured French domination over its former colonies.

The former leader supported French intervention in northern Mali in 2013 by deploying 2,000 troops from his presidential guard. In the Central African Republic, Paris relied heavily on the Chadian army in its Operation Sangaris, when the country spiralled into chaos in 2012.

Deby agreed this February to send 1,200 soldiers to the violence-wracked tri-borders area linking Niger, Mali and Burkina Faso, with Paris eyeing a reduction of its military presence and looking for a way out of the crisis.

France deems Chad such an important ally that it twice intervened when Deby looked vulnerable. In 2008, the French helped with airlifts, and offered to evacuate Deby himself, when rebels from Darfur reached the capital N’Djamena and besieged the presidential palace; and in 2019, French warplanes took out a column of rebels crossing the desert from Libya.

Deby’s repressive rule, oppression of opposition and infamous human rights record have largely been ignored by his allies.

Saleh Kebzabo, a Chadian opposition leader who boycotted this month’s election, described Deby’s relations with the West in 2015: “They’ve found someone to do their dirty work,” he said. “Then, they close their eyes.”

“Chad is losing a great soldier,” French President Emmanuel Macron said in a statement on Tuesday, hailing Deby as a “courageous friend” of France. At his funeral in N’Djamena on Friday, Macron said Paris would not let Chad’s stability be threatened.

Nathaniel Powell, an associate researcher at Lancaster University and author of France’s Wars in Chad, believes France sees the military council as its best way to assure regime continuity.

Alessio Iocchi, a senior research fellow at the Norwegian Institute of International Affairs, agrees but says there are questions over whether Deby’s son, General Mahamat, will be able to sustain his father’s strongman system without its totemic figurehead. 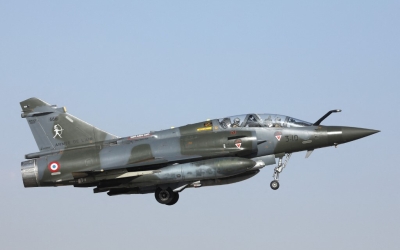 Still, “France’s security apparatus is deeply intertwined with the Chadian one,” he told Middle East Eye. “They have been prepared for the event of Deby’s death and made sure that his son could pose as a reliable ally.”

Paul-Simon Handy, senior regional adviser at the Institute for Security Studies, does not expect major changes in Chad’s relations with France.

“France has certainly lost an important partner in the region, but France’s relationship with Chad is deep and goes well beyond Deby. I think signs are showing continuity rather than a break in relations in the short term,” Handy told MEE.

Nevertheless, the sudden death of President Deby has triggered anxious speculation about how leadership change might affect Chad and the wider region. Some fear an uptick in violence.

Iocchi of the Norwegian Institute of International Affairs said that if the Chadian troops stationed across the Sahel are called back home indefinitely, either to counter domestic armed groups or as a result of an internal power struggle, then the security situation in the region could worsen.

“There is already instability. There is a civil war. The country’s president literally died in the fighting,” Handy of the ISS told MEE, adding that rebel groups “might take this uncertain transitional phrase... to try to seize power”.

Daniel Eizenga, a research fellow at the Africa Center for Strategic Studies, agrees: “One of the biggest risks now is that Chad may fall into cycles of political violence and instability as different armed groups attempt to capture political power,” he told MEE.

But other analysts have criticised the predictions of chaos post-Deby as a “pro-authoritarian” framing of recent events.

Powell of Lancaster University told MEE that talk of the positive role played by Chadian forces is “overblown,” and ruled out the suggestion that a possible reduction of Chadian troops caused by the power vacuum in the country would worsen regional security.

Referring to human rights abuses committed by Chadian forces, including alleged rape by Chadian soldiers in Niger, he said: “The way they treat local populations plays into hands of militants, rather than fostering stability.”

Despite its vast oil wealth, Chad under Deby remained one of the world’s poorest countries. Education levels are low, and one in five children don’t make it to their fifth birthday, according to the World Bank.

The United Nations ranked Chad 187 out of 189 countries in its 2020 Human Development Index, a measure of living standards, health and other factors.

Alex Thurston, an assistant professor of political science at the University of Cincinnati, wrote on Twitter on Saturday: “So many journalists and think tanks talking about the 'risks’ of Deby’s death. What about the *opportunities* for reckoning, for accountability, for reflection, for change, for democracy, for peace.” 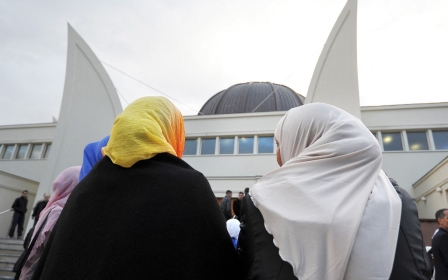 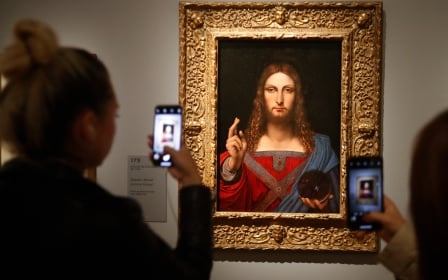 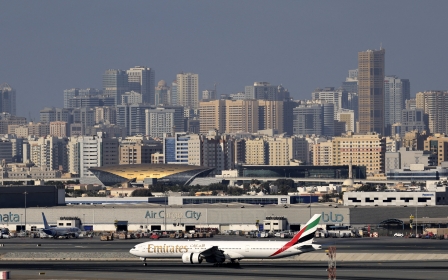