The complicated legacy of Yasser Arafat

Fourteen years after his death, Palestinians still have mixed feelings about the achievements of their iconic leader 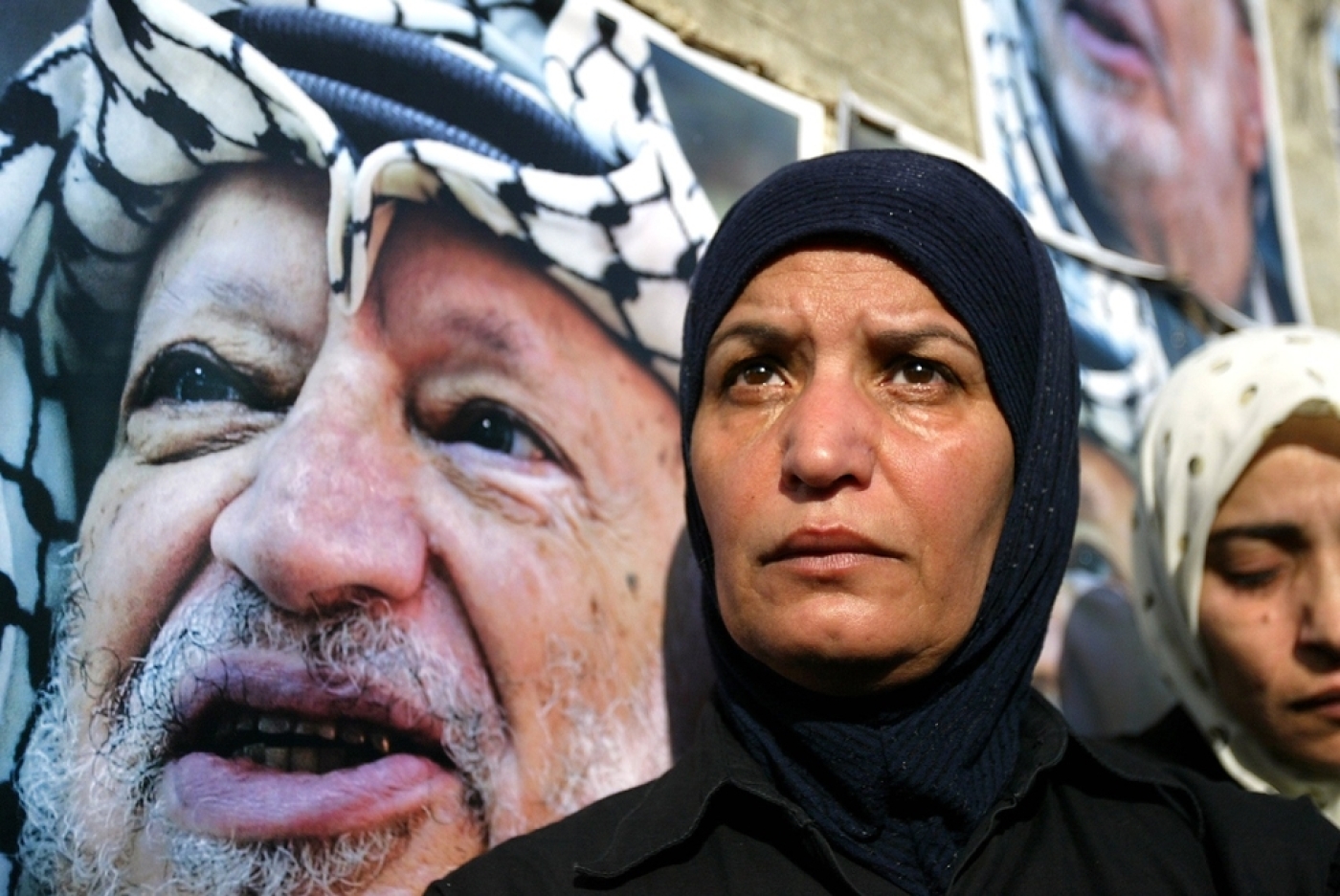 Arafat died on 11 November 2004 in disputed circumstances, after embodying the Palestinian struggle for self-determination for more than 40 years.

His death marked a new chapter in Palestinian politics and ushered in an unnerving era of fragmented leadership and loss of a unified vision - for which some hold him responsible.

For Palestinian experts and activists, the former leader left a legacy of resistance, but also cemented a bleak future for the Palestinian people felt until today.

The ‘illusion’ of the Oslo Accords

For many Palestinians, the biggest stain on Arafat’s legacy remains the Oslo Accords.

Signed in 1993 and 1995 between Israel and the Palestine Liberation Organisation (PLO), then headed by Arafat, the Oslo Accords were meant to lead to an independent Palestinian state by establishing the Palestinian Authority (PA) - a temporary self-governing body.

But the accords also included clauses that created new challenges for Palestinians under occupation - such as the forfeiting of more than 60 percent of the West Bank under Israeli control, and the introduction of controversial security coordination between Israel and the PA.

With the failure of the accords to establish a Palestinian state 25 years on, Arafat is both hated and loved today. Some view him as the man who destroyed the Palestinian struggle for freedom, while others venerate him as the leader who sacrificed his life for his homeland.

“The Palestinian national movement created an authority under occupation in the hope of it turning into a state. This was an illusion,” Mohammad Daraghmeh, a political analyst based in the West Bank city of Ramallah, told Middle East Eye.

“The Palestinian state was not achieved and will not be achieved because power remains in Israel’s hands. Palestinians have not been able to get themselves out of this strategic blunder,” he continued, referring to the Oslo Accords.

In the post-Arafat era, the number of Israelis living in the occupied West Bank and East Jerusalem has more than doubled, illegal settlement expansion and construction on stolen land has only intensified, and the PA is seen by many as a collaborator with the Israeli government.

A 'gentleman's agreement': How Israel got what it wanted from Oslo
Read More »

Mahmoud Abbas, Arafat’s successor as president of the PA and chairman of the PLO, remains in office although his presidential mandate expired in 2009 and no elections have taken place since.

“The leadership and administrative role that Mahmoud Abbas is carrying out today, the concentration of power in his hands, and the insistence to keep a channel for political dialogue open with Israel and the US, this is what Arafat left behind,” Abu Amer told MEE.

Palestinians of Israel and Jerusalem abandoned

While those in the occupied Palestinian territories criticise the failure to create a Palestinian state under this much-hated agreement, Palestinians in annexed East Jerusalem and in Israel say they were left with no leadership.

“Before the PA was established, and before Arafat’s death, there was a presence and a voice for Palestinian leaders in Jerusalem. Today, the Israeli occupation has permeated all aspects of our lives,” Amany Khalifa, a political activist based in Jerusalem, told MEE.

“We used to be a community in Jerusalem but today, there is no leadership, no umbrella, and no reference for Palestinians in Jerusalem. People have no clue whom to go to,” she continued.

Yasser Arafat saw himself as the leader of all of the Palestinian people at all times...After Arafat, we lost the feeling of having a leader

Similarly, Sami Abu Shehadeh, a political activist based in Jaffa, says Palestinian citizens of Israel have also been neglected in the post-Arafat era.

“Yasser Arafat saw himself as the leader of all of the Palestinian people at all times. This is what differentiates him from the PA. What happened after him is disappointing,” Abu Shehadeh told MEE.

“After Arafat, we lost the feeling of having a leader. We do not feel that the PA represents all of the Palestinian people,” he added.

‘The leader of a people’

Despite Arafat’s signing of Oslo being considered by many to be the root cause of the destruction of the Palestinian path to independence, the leader left many sympathisers behind.

In the late 1950s, Arafat co-founded the Fatah political movement, which was then premised on the armed struggle for independence against Israel, and engaged in guerrilla warfare.

After decades of armed struggle with some high-profile attacks that caught the world’s attention, the United Nations recognised the PLO as the sole legitimate representative of the Palestinian people in 1974, with Arafat as the chairman.

With his signature look – that of a fighter in olive-green military uniform, a grizzled beard and the checkered keffiyeh scarf on his head – Arafat became the first representative of a non-member body to address the UN General Assembly 44 years ago on 13 November 1974, with his famous “gun and olive branch” speech.

“Arafat was a leader of a people, not a leader of a state, which was unconventional. Despite that, he managed to be one of the most well-known leaders on the international level,” said Abu Shehadeh.

“Although he made mistakes - which is natural of any politician - people would view his wrongs with forgiveness. There were no doubts that he had good intentions.”

The next phase of the political reality in Palestine remains unclear, but many believe that a change of leadership is required for any real power shift to take place.

“The PA and the current leadership are stuck; they cannot do anything to break Israel’s control over Palestinians as long as we remain in the Oslo framework,” said Daraghmeh.

“It is up to the new generations.” Palestine Unity
Why I love Yasser Arafat: An Egyptian's love letter on the anniversary of his death
Azza Mostafa