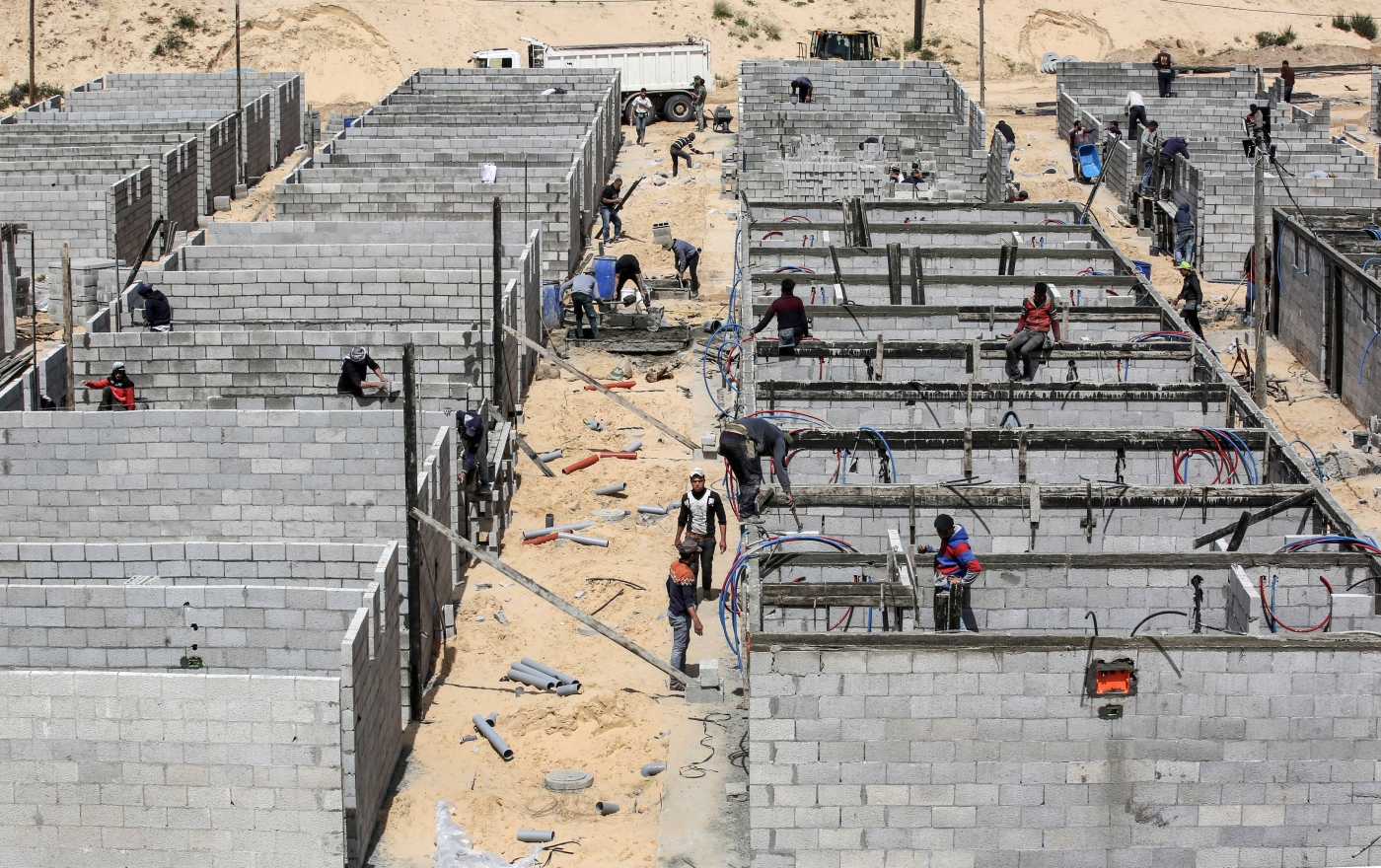 Construction site of a field hospital to house coronavirus patients in Rafah in the Gaza Strip on 23 March 2020 (AFP)
By
Adam Khalil
in
Gaza, Palestine

The Hamas government has stepped up its measures to limit the spread of coronavirus in the Gaza Strip following the announcement of the first two confirmed cases in the enclave. Despite an Israeli blockade imposed on the strip for more than a decade, Covid-19 infection was still registered in two people, aged between 60 and 70, coming from Pakistan.

“We have been used to living on our own and living in extreme conditions for many years”, said Nawal Eliwa, 55, as she shopped for groceries.

“But this pain afflicted the whole world this time, not only Gaza. We do not know if it will help the world understand what is happening in Gaza after the crisis ends.”

With only a fraction of Palestinians in Gaza able to enter or leave, the territory has been somewhat isolated from the coronavirus outbreak. Over 1,300 people returning from abroad have been placed into quarantine centres, mostly set up in empty schools and hotels.

The Hamas government has imposed additional restrictions, including the closure of all restaurants and cafes, as well as wedding halls, the suspension of Friday prayers and calling worshipers to pray in their homes, but without a complete closure of mosques.

The authorities are also preventing weekly markets in all cities.

Fear of widespread infection intensified among the population in the strip, prompting many to stay in their homes. Despite being cash-strapped, people are stocking up on supplies.

“I am buying some of the goods that I need at home for at least a week, but because there is not enough money I try to buy only the basic needs, but I am afraid that a shortage of food will take place,” said Eliwa

The Gaza Strip suffers from high rates of poverty and unemployment among its population of about two million.

Despite the Ministry of Economy’s assurances that there are enough basic commodities to last for weeks, the intensity of purchasing essentials has significantly increased, and prices for vegetables and foodstuffs have also increased.

"The goods are still flowing as usual from Karm Abu Salem crossing, in spite of the lack of cash, which prevents a shortage of goods in the markets," said ministry spokesman Abdel-Fattah Mousa.

Running against the clock

People in Gaza fear that the strip’s health sector, which has greatly suffered from years of siege, three wars and the Great March of Return protests, will not be able to deal with a large outbreak of the pandemic.

Ashraf Al-Qidra, a spokesman for Gaza’s Ministry of Health, said the health sector was very fragile and had collapsed due to the siege.

“There are 56 ventilators, and we have asked the World Health Organisation to supply devices. There will be a number of devices coming to Gaza”, he told Middle East Eye.

The WHO has also delivered testing kits and personal protective equipment, but said that these might not be sufficient without additional international support.

With help from the World Health Organisation (WHO), the health ministry has turned a school in Rafah into a centre for fighting Covid-19, complete with an intensive care unit with 36 beds for infected people and 30 other beds for patients with any mild symptoms, according to Majdi Thuhair, a second health ministry spokesman.

Abdel-Nasser Soboh, director of the Gaza WHO office, told MEE that containment was still possible, but preparations for an outbreak should start immediately.

“What we need to do now is to move quickly to strengthen the capacities of the health system,” he said.

Gisha, an Israeli freedom of movement advocacy organisation, said in a statement that Israel’s ongoing occupation and control over “countless aspects of life in Gaza” meant it has a responsibility to protect rights and living conditions for its residents. 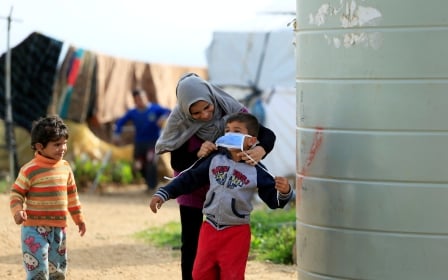 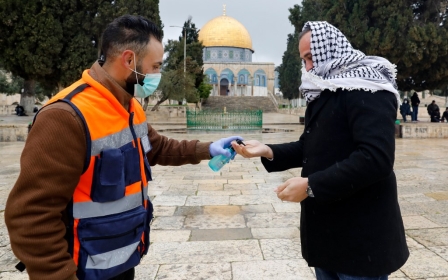