The UK government's decision to appoint Trevor Phillips to an inquiry examining why black, Asian and minority ethnic people are being disproportionately affected by Covid-19 has been criticised by organisations representing thousands of British medics.

Phillips, the former chairman of the Equality and Human Rights Commission, was suspended from the UK Labour Party last month over allegations of Islamophobia.

"A suitable candidate who would be trusted by healthcare professionals from a BAME background must be sought," the letter demanded.

BREAKING: A letter seen by @SkyNews to @PHE_uk on behalf of tens of thousands of UK doctors calls for Trevor Phillips to be “withdrawn” from the review into why BAME people are dying from #COVID19 disproportionately. 16 organisations are involved. (1/3) pic.twitter.com/L9zJH8dc1g

On Saturday, the Muslim Council of Britain (MCB) described Phillips' appointment as "inappropriate" and "insensitive".

"While we appreciate Public Health England's desire to examine the over-representation of BAME deaths caused by COVID-19, it is wholly inappropriate to give that responsibility to someone being investigated for racism," said Harun Khan, secretary-general of the MCB.

"The decision is particularly insensitive given that British Muslims overwhelmingly come from BAME communities and so many Muslim doctors have died at the front line of this pandemic."

"Appointing an individual who has boasted about being labelled an 'Islamophobe' sends a clear signal to British Muslims that Public Health England is not taking this matter seriously."

Phillips has been criticised for a number of remarks he has made, including describing British Muslims as a "nation within a nation" and suggesting that the placing of a Christian child into Muslim foster care was "like child abuse".

He was also accused by Middle East Eye columnist Peter Oborne of holding Muslims to different standards in comparison to other communities.

Do you really feel comfortable participating in an inquiry that urgently needs the confidence of ethnic minority people?

Phillips did not respond to Middle East Eye’s request for comment.

Professor Kevin Fenton, Public Health England’s regional director in London, said: “Trevor Phillips and professor Richard Webber have been asked to support this critical work, as their specialist consultancy has the right skills and experience. We need to move fast to understand why and what can be done about this.”

The review was called after growing concerns that Covid-19 was disproportionately impacting BAME communities. Analysis from the Guardian found that up until 19 April, BAME people accounted for 19 percent of coronavirus deaths in UK hospitals, while making up only 15 percent of the general population.

There have also been calls to investigate the impact of the virus on ethnic minority health workers.

According to the Daily Mail, 25 of 26 UK doctors and two-thirds of overall NHS staff to die of the virus have been BAME.

“We are all mentally suffering and people are anxious about going to work,” Shakeel Puri, president of the Association of Pakistani Physicians and Surgeons of the United Kingdom, and one of the co-signatories of the letter, told Middle East Eye.

“Given that over 90 percent of UK doctors to die from the virus are ethnic minorities, and that many of our members are in the age group that are most at risk, we and our families are very worried.” 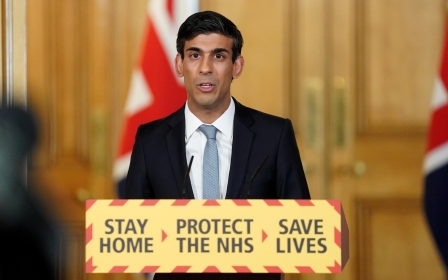 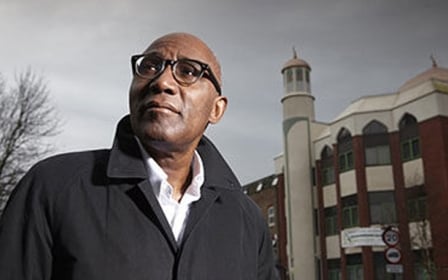