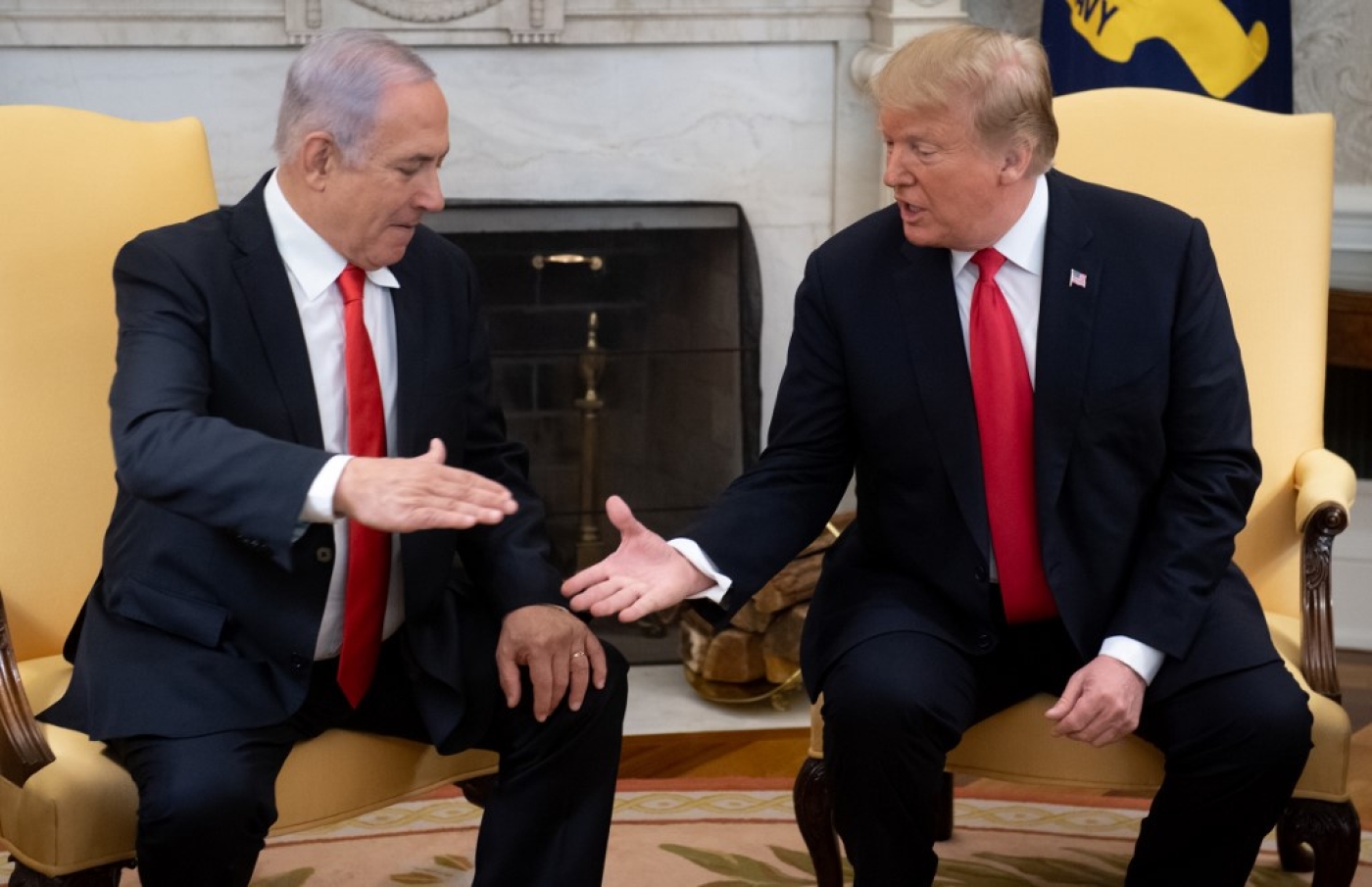 Under the US plan known as "the deal of the century", the Israeli military would retain control over settlements, the Jordan Valley and borders for five years as final status negotiations continue, a senior US diplomat working on the deal has told Middle East Eye.

'It’s up to the parties. They can have two states, one state, confederation, federation or whatever they like to call it'

The plan, as described by the official, would cement the status quo between Israelis and Palestinians and the only concession asked of the Israelis would be freezing settlement building at the heart of the West Bank during the initial five-year period.

Among the most detailed information yet published about the "deal of the century", MEE can reveal that according to the plan Gaza would be under the control of the Palestinian Authority (PA) and Hamas would be expected to hand its weapons over to the PA which would continue to cooperate with Israel on security.

But it was not clear what would happen at the end of the five years or what the consequences would be if Hamas refused to give up its weapons.

The official, who spoke on condition of anonymity because he was not authorised to talk about the issue to the media, said the deal is meant to be “a vision”, rather than a detailed plan, and the role of the American side will be as a "facilitator”, not a mediator or arbitrator.

“It’s up to the parties. They can have two states, one state, confederation, federation or whatever they like to call it,” he said.

The controversial deal, which has been the subject of ongoing speculation and leaks, is now expected to be released next month, a year after a flurry of reports suggested the deal, already delayed even then, would be unveiled imminently.

The US diplomat also said:

“The plan does not respond to 100 percent of the claims of both parties, it’s something in the middle,” he said.

The spectre of the deal alone has garnered fierce reactions from Palestinian leaders and others who anticipate that it will only consolidate Israeli control and close the door on the right of return for refugees and sovereignty forever.

'If the ‘deal of the century’ does not include Jerusalem, the borders and the legitimate rights of the Palestinian people, why should we accept them?'

And while the US diplomat said that countries in the region were expected to be donors supporting elements of the plan, the deal is certain to be rejected by Arab states along with the Palestinians – which could bolster Israeli Prime Minister Benjamin Netanyahu who has long argued that he has no partner in peace.

Palestinian officials briefed on the plan told MEE this week that the US aims to turn the West Bank into an Israeli military protectorate similar to those in African countries in the 20th century before their independence.

On Wednesday, Palestinian Authority Prime Minister Mohammad Shtayyeh dismissed the deal as an “Israeli plan written by American hands” which would give Israel “a free hand to annex most of the West Bank under the title of security”.

Shtayyeh, speaking to members of a US academic delegation visiting Ramallah, said the Trump administration had been pressuring Palestinians, thinking that they might be forced to accept the plan, but it wouldn’t work.

“The extortion policy of the Trump administration, whether by shutting down the PLO office or moving the US embassy to Jerusalem, and draining the financial resources of UNRWA and the Palestinian government, will not compel us to surrender and accept the deal," Shtayyeh told the delegation.

Palestinians, he said, would not accept the plan if it did not include a commitment to the creation of an independent state with the 1967 borders, with Jerusalem as its capital.

"If the ‘deal of the century’ does not include Jerusalem, the borders and the legitimate rights of the Palestinian people, why should we accept them?" he said.