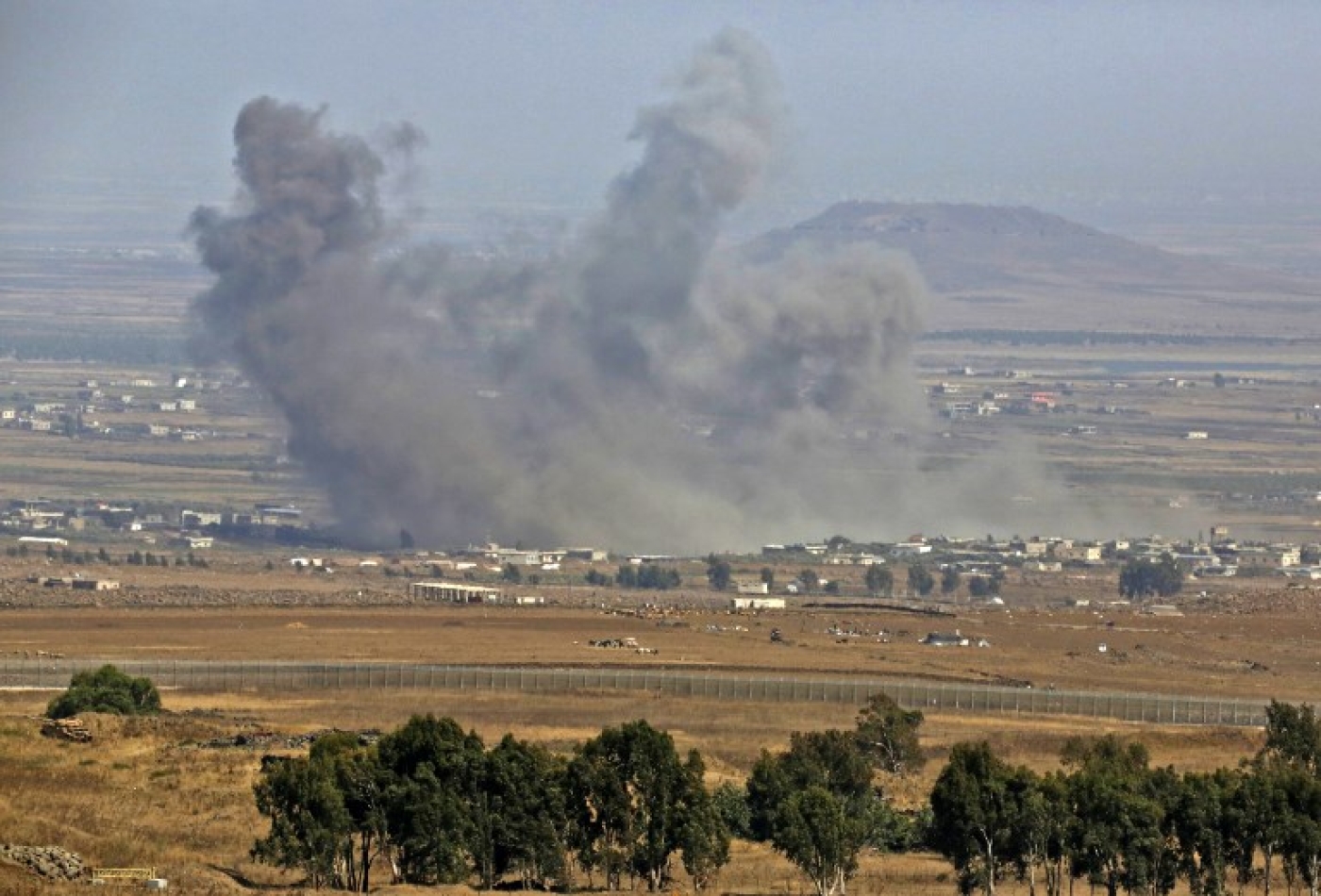 The Islamic State group kidnapped dozens of Druze women and children when it attacked their village last week in Syria's Sweida, residents of the southern province and a monitor said on Monday.

Sweida, which is mainly government-held and populated with members of Syria's Druze minority, had been largely insulated from the conflict raging in the rest of the country since 2011.

But on Wednesday, a string of suicide blasts and shootings claimed by IS left more than 250 people dead in the provincial capital and nearby villages, most of them civilians.

After the attack IS militants also abducted several dozen women and children from one village, according to the Syrian Observatory for Human Rights and Sweida residents.

The Britain-based Observatory said 36 Druze women and children were abducted, but that four women had since managed to escape while another two had died.

That left 14 women and 16 children in IS captivity, said Observatory head Rami Abdel Rahman. Another 17 men were unaccounted for, but it was unclear if they were also kidnapped.

IS has not claimed the kidnappings and no details on them could be found on its propaganda channels.

According to news outlet Sweida24, the 36 civilians were kidnapped on Wednesday from the village of Al-Shabki, in the eastern hinterlands of Sweida province.

Sweida24 and other online outlets published a video that appeared to show one of the hostages making demands of the Syrian government, purportedly on IS's behalf.

AFP could not independently verify its authenticity, but several Sweida residents confirmed that a woman appearing in the footage was among those missing after the attacks.

The remote village lies in the eastern edges of Sweida province and suffered some of the deadliest violence from Wednesday's attacks, with more than 60 civilians killed in Al-Shabki alone, Radwan said.

"Most of its residents are farmers and don't have much more than hunting rifles in terms of weapons, so there was little resistance from Al-Shabki compared to other villages," he told AFP.

"When IS saw that, it kidnapped a first batch of people from their homes and took them east towards the Badiya, according to survivors," Nour added.

Nearly 250 people were killed by Islamic State suicide bombings and shootings in southern Syria yesterday. Here's what we know so far: pic.twitter.com/fwcvTmiM8c

The Badiya is Syria's vast desert, which stretches from the country's centre to its eastern border with Iraq and includes several isolated IS-held pockets.

IS has also reached out to the families of those abducted with pictures and videos.

The militants are demanding the release by the Syrian government "of detained IS-linked people, whose numbers are now being negotiated", said Radwan.

IS also wants a halt to a Syrian government offensive on militant positions, he said.

Religious leaders from the Druze community have since stepped in, Radwan and another local source with knowledge of the talks told AFP.

"As of Sunday, the hostages were still being held in the Badiya. Negotiations are happening between Daesh and Druze sheikhs," said the source, using the Arabic acronym for IS.

IS has lost urban strongholds in Syria but still holds parts of the Badiya, including northeastern areas in Sweida and territory by the Iraqi border.

The militants also control a pocket in Daraa province, directly west of Sweida.

Backed by Russia, Syrian troops have been waging an assault on an IS-held pocket of Daraa for nearly two weeks.

On Monday, they began bombing operations ahead of an attack on the main IS-held town of Ash-Shajara in Daraa, Syrian state television said.

Since its bloody rise to power in 2014, IS has carried out multiple mass abductions in Syria and Iraq, including of minorities.

It kidnapped more than 220 Assyrian Christians in northeast Syria in 2015 and another 270 Christians from a central village the following year. Most of the hostages were released after negotiations.

Under the group's ultra-conservative interpretation of Islam, religious minorities are considered "infidels" but IS also politicises them as government loyalists.

Wednesday's violence was the worst Sweida had seen since the war began, and one of IS's deadliest attacks across the country.

IS attackers detonated suicide bombs in Sweida city and villages to the north and east, while others shot and stabbed residents.

A total of 139 civilians were among more than 250 people killed, according to the Observatory. The remaining were pro-government fighters or residents who had picked up arms to defend their homes.