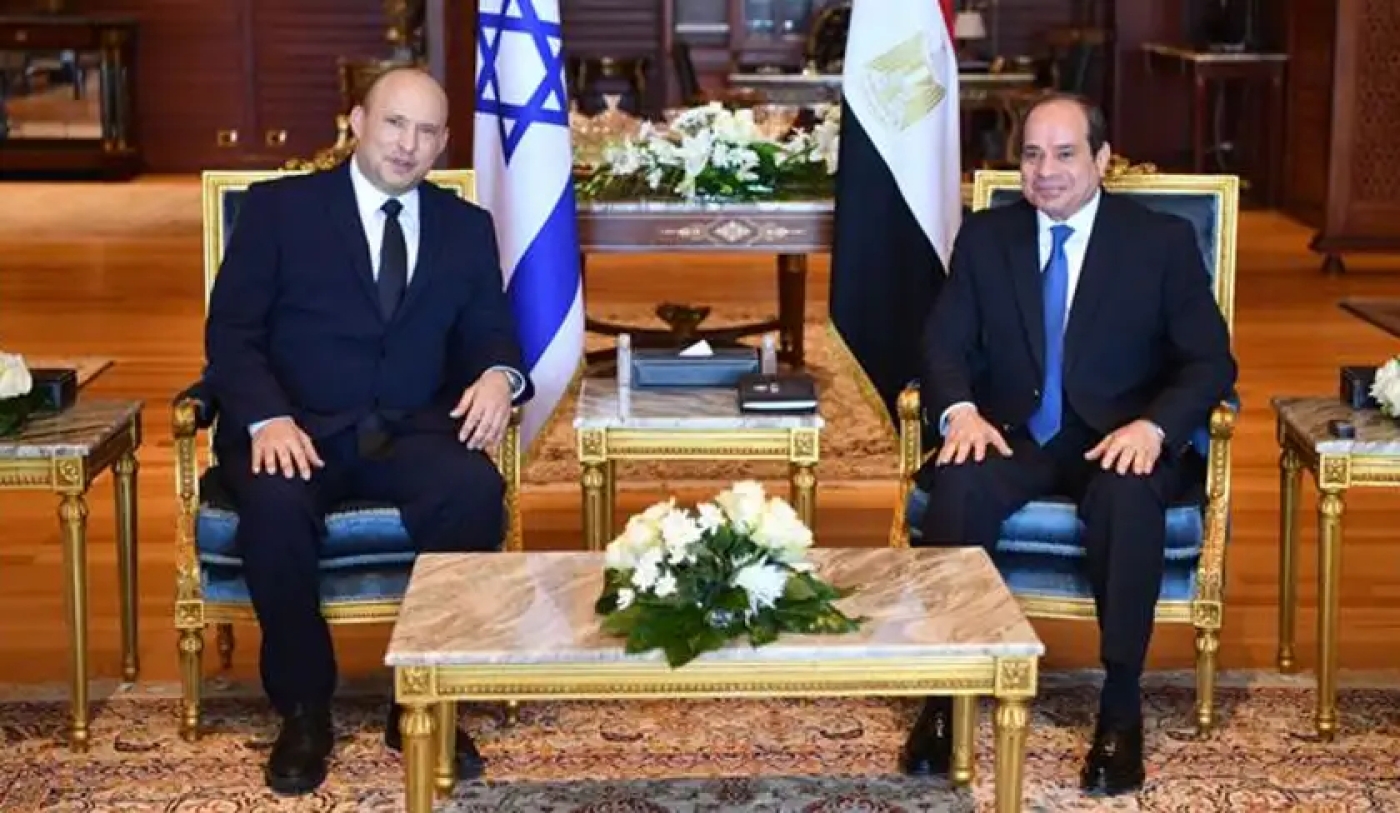 Citing a diplomatic source, the Jerusalem Post reported that Bennett and Sisi discussed ways to prevent a nuclear Iran and how to disarm Hamas and reduce the risk of hostilities in Gaza.

Meanwhile, the Times of Israel reported that the discussions also included Turkey's role in the Libyan conflict, Egypt-Ethiopia tensions over the Grand Ethiopian Renaissance Dam project on the Blue Nile, and the threat of terrorist groups.

Bennett, the head of the far-right Yamina party who took office in June, met Sisi in the Red Sea resort of Sharm el-Sheikh on the southern tip of the Sinai peninsula.

Bennett's predecessor, Benjamin Netanyahu, was the last Israeli prime minister to make an official visit to Egypt in 2011 during the final days of Hosni Mubarak's presidency. Speaking to reporters before flying home, Bennett said his talks with Sisi covered diplomacy, security, and the economy. "We created a foundation for a deep connection going forward," he said.

A statement released by the Egyptian presidency said Sisi cited Cairo's efforts to maintain calm in the occupied Palestinian territories and the importance of international support for rebuilding efforts there.

Israel, along with Egypt, has maintained a tight blockade over Gaza since the Palestinian group Hamas began governing the territory in 2007.

There have been four wars or assaults on Gaza by Israel, most recently in May.

In recent weeks, there have been several demonstrations to protest against Israel's almost 15-year-long blockade of Gaza.

Bennett's trip to Egypt comes amid reports that Israeli officials have repeatedly lobbied the Biden administration against criticising Cairo.

US President Joe Biden was widely expected to reverse course on the Trump administration's foreign policy and had said on the campaign trail that he would promote democracy against the rising tide of authoritarianism.

The Democrat had pledged there would be "no more blank checks for Trump's favorite dictator", referring to Sisi, who swept to power in a military-backed coup in 2014 and has overseen a widespread crackdown on dissent in the North African country.

But the administration has so far maintained Washington's longstanding relationship with Cairo - and given no indication of altering the $1.3 billion in annual military aid it receives.

In 2014, Congress began imposing human rights conditions on $300m of the military aid but former presidents Barack Obama and Donald Trump both issued national security waivers to bypass the restrictions.

US Secretary of State Antony Blinken has until the end of September to decide on whether to continue with the aid or not.

According to Israeli media, Israeli officials have repeatedly told the Biden administration that harsh criticism of Egypt and Saudi Arabia could affect regional efforts to counter Iranian influence.

A source told the Times of Israel earlier this month, that while the Biden administration had maintained its rhetoric in favour of upholding human rights abroad, it had "thus far avoided upending US relations with [Cairo and Riyadh] entirely".

Israel views Saudi Arabia and Egypt as part of a moderate axis of Arab countries with which it seeks cooperation against Iran and has been reported in the past to have lobbied the US in support of economic aid for both countries. 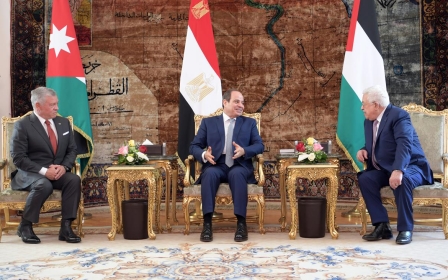