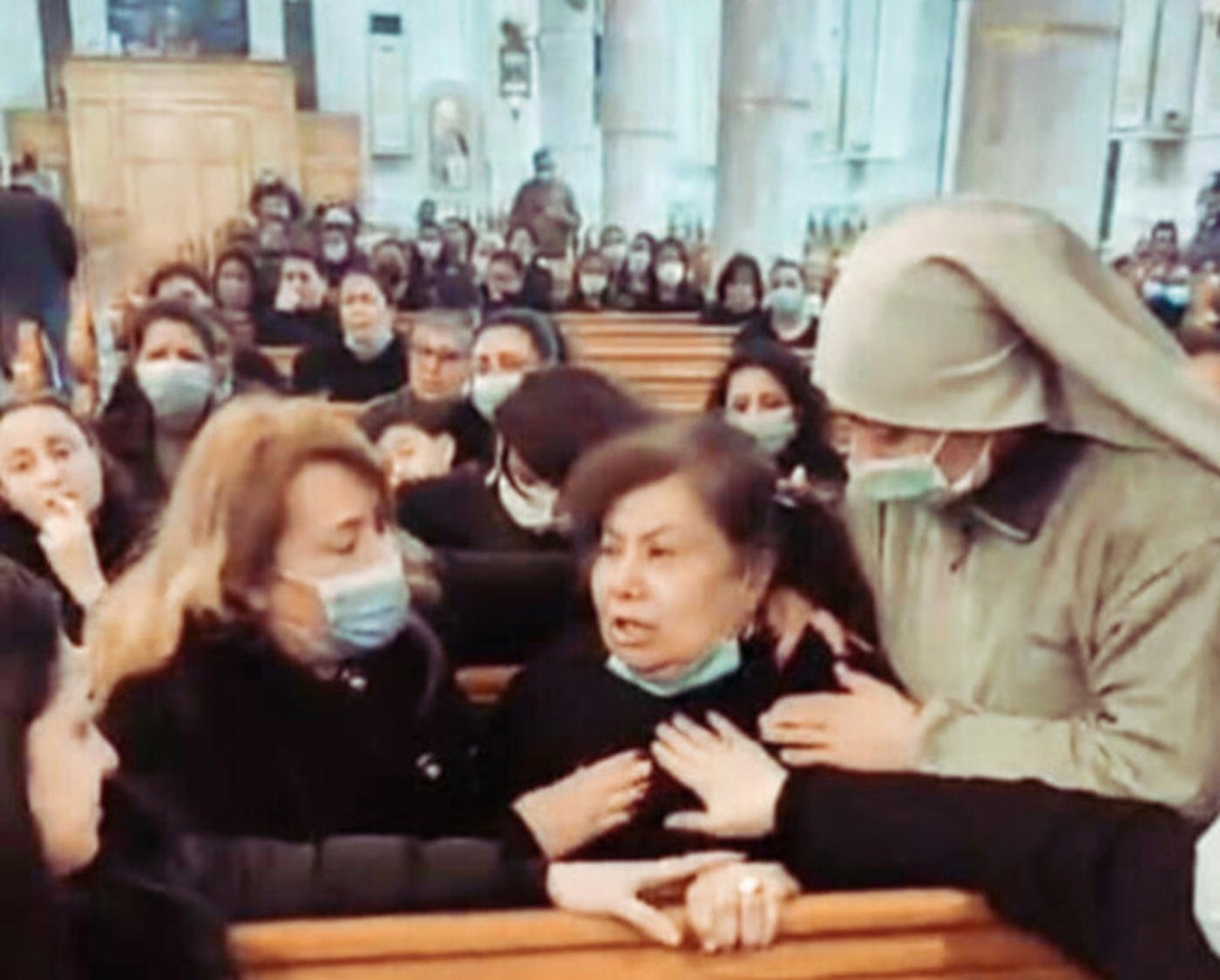 Lotfi's mother during Wednesday's mass at the Minya Catholic Church in Upper Egypt (supplied)
By
MEE correspondent
in
Minya, Egypt

When family, friends and members of Minya's Coptic community gathered in church on Friday, tensions and grievances had been building for two days.

Grief was overwhelming, but anger too. Two days earlier, on 24 February, 31-year-old Copt Adel Lofti was stabbed to death by a police officer. His relatives and the wider community expect impunity to prevail after yet another example of police brutality.

But small protests, a rarity in today's repressive Egypt, have joined the outrage expressed online and in church, with Lofti's relatives promising to maintain pressure until they find accountability.

'He was only doing his job and was killed for that'

Lotfi was the manager of a local NGO, I Am The Egyptian, which supports small and medium-sized enterprises (SMEs).

The incident occurred as he was accompanying his team to collect money owed by a police officer and his wife, who had borrowed money from his organisation to launch a project of their own.

Adel’s brother, Emad Lotfi, told Middle East Eye that the officer, named by the authorities as Ayman Selim, assaulted the NGO personnel after refusing to pay back overdue debts.

"Afterwards, Adel, God bless his soul, intervened, trying to control the situation," said Emad. But as the argument escalated the officer "took out a knife and stabbed Adel".

"He was only doing his job, and was killed for that," Emad said of his brother.

According to the autopsy report seen by MEE, Adel died as a result of a "stab to the heart which led to a severe blood loss ending in a circulation failure".

Adel died minutes after arriving at the Minya public hospital. His body was eventually taken to the governorate's official morgue, where hundreds gathered, chanting demands for "retribution" and for the prosecution of the officer.

Hundreds flocked to Adel's funeral and mass at the Minya Catholic Church on Wednesday night.

There was some low-level tension between angry young people and the elderly priests. The family refused to accept condolences unless senior police officers came to offer an explanation.

Adel's brother told MEE they would continue to do so until the perpetrator is brought to justice.

Remon Issa, a friend of Adel who went to the mass and protest on Wednesday, told MEE that there was a lot of crying and screaming as the priests started the religious rituals. Anger and mourning in Minya, after another attack on Egypt's Christians
Read More »

"The masses were held out of respect to the priests and the church, and Adel's mother, who was hoping to attend a mass of Adel's wedding, not his funeral," he said.

"The young people will not stop unless we hear that the perpetrator [officer Ayman Selim] has been jailed or receives a death sentence," Issa added.

Selim is a lower-ranking officer, part of a rung of the Egyptian police notorious for taking bribes, violating the law, assaulting civilians, and proximity with criminals. In several cases, lower-ranking police officers - both on and off duty - have killed civilians during arguments. The victims are usually working-class individuals, drug dealers, bus drivers, or street vendors.

The Egyptian prosecution ordered Selim's detention on Thursday, pending the results of a four-day investigation.

According to a statement on Facebook, the prosecution said that the officer denied the murder charges, claiming that the weapon was the victim's and that he "fell on it" during the argument.

Fear of a cover up

The family and friends of the victim fear that the investigation will not be taken seriously, and that the alleged perpetrator will be released.

"The police will never prosecute one of their own," Marianne, one of Adel's co-workers and friends, told MEE. "We know that he is receiving the best treatment because he is a police officer and because he is a Muslim - and the victim is a Christian." 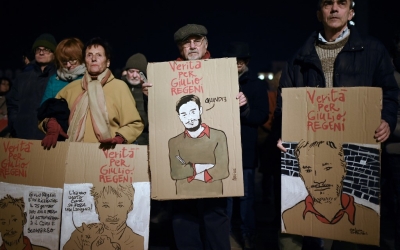 Adel Lotfi came from a middle-class family and was known in his village for being kind and attentive to his community, and for spearheading different charity campaigns that benefited both Muslims and Christians, according to those MEE spoke to.

Another friend, Marco, told MEE that the Christian community had worked hard to get press attention and publicise the case on social media to rouse the authorities. "We are lucky that Adel is young and has hundreds of friends who posted about him and called upon the authorities to follow up on the case.

"If that had not happened," Marco added, "the killer would have been released."

In many cases, the Egyptian authorities do not investigate police violations, especially those including murder or torture, unless the incident goes viral or the victim's family and friends protest or riot.

"We are from upper Egypt, but we are not backward people who believe in vendetta. We simply want justice," Marco said.

'We are from upper Egypt, but we are not backward people who believe in vendetta. We simply want justice'

This is not the first time sectarian mobs have targeted the Christian community in Minya, which lies south of Cairo.

Not far from Adel's village is the Church of Nahdet al-Qadasa, where in 2018 a Coptic man and his son were shot by a police officer.

In the same year, armed men killed seven people and injured around 20, after targeting buses affiliated with the church on their way back from a trip to a monastery. The attack was later claimed by the Islamic State group, which in May 2017 killed 28 Coptic Christians from the same community, on the same road.

Abanoub Rafaat, a 35-year-old shopkeeper from Minya, told MEE: "We are back to the times when Christians are killed and we are told that the killer was mentally unstable, or sick - or did so because he was provoked." 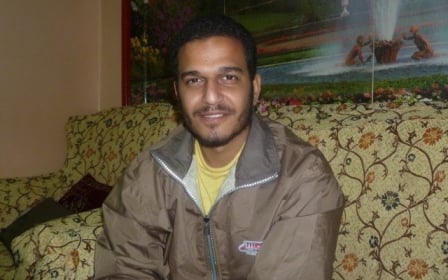 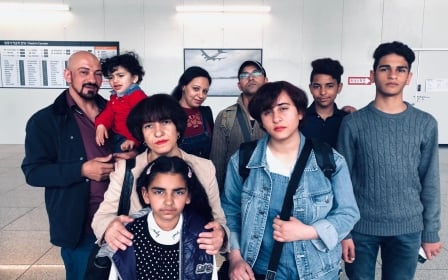 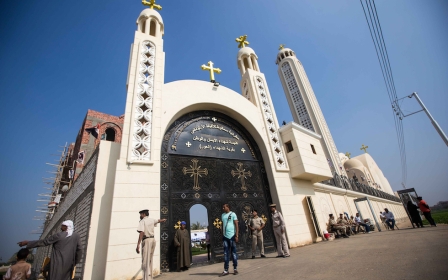