Egypt: Anger at loan of Islamic artefacts to Saudi Arabia for two years

Archaeologists say strong political, economic ties with Saudi Arabia should not be at expense of Egypt's heritage 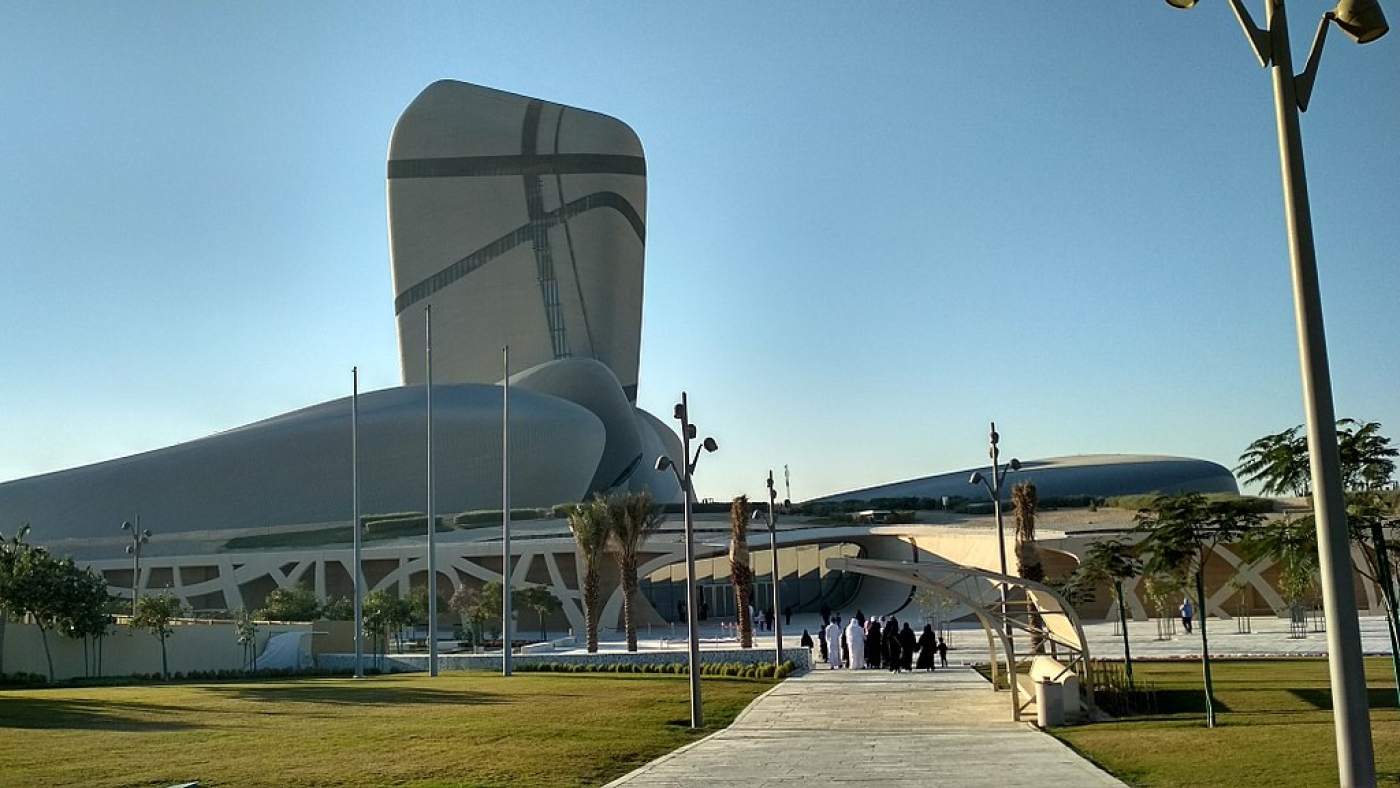 The King Abdulaziz Center for World Culture in the eastern Saudi city of Dhahran, where 84 Islamic artefacts from Egypt will be showcased for two years (Wikimedia commons)
By
MEE correspondent
in
Cairo

Egyptian archaeologists and antiquities experts have reacted angrily to a recent agreement between Egypt and Saudi Arabia to transfer of dozens of Islamic artefacts to the oil-rich kingdom.

Signed on 9 November by the Supreme Council of Antiquities (SCA), a department of the Egyptian Ministry of Tourism and Antiquities that oversees the protection and preservation of antiquities, and the Dhahran-based King Abdulaziz Center for World Culture, the agreement stipulates that 84 Islamic artefacts will be sent to Saudi Arabia on loan for two years.

The centre is the corporate social responsibility initiative of Saudi oil giant Aramco.

The artefacts to be sent to Dhahran, on the country's east coast, in December will be taken from the Museum of Islamic Art in Cairo. They include a wide range of objects, such as ancient chandeliers, wooden mosque pulpits, and holy Quran stands. However, archaeologists in Cairo express fears for the future of the artefacts, given the fate of other items that have left the country, being damaged or not returned at all.

"Sending ancient artefacts to other countries is a matter that entails great risks," leading Egyptologist and antiquities expert Bassam al-Shamaa told Middle East Eye. "The artefacts can either be damaged or get lost."

The agreement comes at a time when Egypt's tourism and antiquities authorities seek additional revenues to compensate for the losses incurred by the tourism sector because of the Covid-19 pandemic.

The sector has been the biggest loser in the pandemic outbreak in this populous country, with numerous sites, museums and businesses having been closed for months.

The reason behind the antiquities experts' fear for the safety of Egypt's ancient heritage is the presence of the huge number of ancient artefacts already abroad. Some of these were taken out of Egypt illegally or were sent on loan but were never returned.

According to the SCA, there are more standing obelisks in Rome than there are now in Egypt.

Some antiquities sent abroad for exhibition have been the target of vandalism and destruction on many occasions, including most recently in Germany.

Ancient artefacts have been taken out of Egypt over the centuries, either with approval from the authorities or illegally.

Through the 19th and 20th centuries, Egyptian governments offered the country's artefacts as gifts to foreign governments. Some of these items constitute the nucleus of Egyptian collections at European museums, including in Vienna and Paris.

Egypt formulated its first law to restrict excavations for antiquities to scientific expeditions in 1912. The law could not, however, prevent the smuggling of discovered pieces.

The government then drafted a series of new laws to protect Egypt's ancient heritage, including in 1951 and in 1953. Then, in 1983, it introduced law no. 117/1983, which criminalised the smuggling of ancient artefacts outside the country.

The law, however, stipulated a transitional period of one year before the actual ban was enforced. In that period, a huge number of artefacts were whisked out of Egypt.

The same law has been amended several times, including in 2018, to open the door for the creation of the first panel on exhibitions of Egyptian antiquities in other countries.

"These laws were drafted to offer enough protection for the antiquities," Galila Osman, a member of the Committee on Antiquities and Culture in the House of Representatives, the lower chamber of parliament, told MEE.

Egypt has also been working hard to restore to the country some of its smuggled and stolen artefacts, some of which suddenly appear at auction houses in Europe and the US, sending shockwaves back home.

The Egyptian government used to send letters to foreign museums asking them not to buy stolen antiquities or items whose sellers do not possess proof of legal ownership.

Some of the nation's archaeologists are also launching their own campaigns, including one started in January by leading Egyptologist and former antiquities minister Zahi Hawass, who has formed a panel of Egyptian and international figures to lobby for the return of stolen and smuggled artefacts.

"We will send the first petition to Germany to ask it to return the bust of Queen Nefertiti," Hawass told MEE. The 3,300-year-old bust has been in Germany since 1912.

Attempts to return smuggled artefacts move hand in hand with Egypt's efforts to protect the antiquities still being unearthed every day.

Egypt has a plan to construct and open a large number of museums, including the Grand Egyptian Museum near the Giza Plateau. The museum will house tens of thousands of ancient pieces. President Abdel Fattah el-Sisi opened a new museum in the Red Sea resort of Sharm el-Sheikh in late October.

The artefacts to be sent to the museum in Dhahran will be part of an exhibition about the history of mosques around the world. It will start in December and last for 24 months. In total, 130 Islamic artefacts from around the world will be on show. 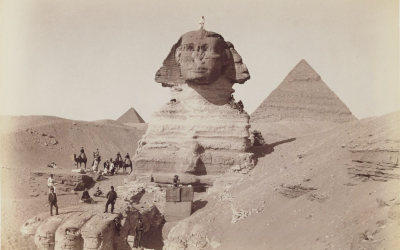 The Egyptian sculptor who made the Sphinx smile
Read More »

The SCA also has agreed with the centre on the supervision of the organisation of the exhibition. Earlier, Egyptian Minister of Antiquities and Tourism Khaled al-Anani said the exhibition would be moved to Egypt after its two-year run in Saudi Arabia.

"Cooperation between the two countries aims at the enhancement of cultural exchange between them," he said.

"This art reflects the progress the Islamic civilisation made in all fields," Naeem said.

Egyptian and Saudi relations have been growing steadily for several years. The two countries are part of a regional alliance that includes the United Arab Emirates and Bahrain. The alliance members share political and strategic interests and are united against the same political threats, particularly the Muslim Brotherhood and Iranian influence in the region.

Riyadh also threw its full weight behind Cairo in international forums and inside international organisations when it was criticised by world powers over its human rights record. Saudi Arabia is also a key investment partner, with billions of dollars in investments in Egypt.

Nevertheless, archaeologists say growing economic, political and strategic ties between the two countries should not come at the cost of Egypt's ancient heritage.

"We should not be endangering our antiquities this way," Shamaa said. "We have to seek other ways to generate income."

Other archaeologists called for practising caution if the transfer of antiquities to other countries is inevitable.

"Some measures have to be taken in the transfer of antiquities from one country to another to ensure the safety of these antiquities," Gamal Abdel Rahim, a professor of Islamic art at Cairo University, told MEE.

"They include detailed reports about the antiquities before they travel and after they return to confirm that they have not been subjected to the slightest damage." 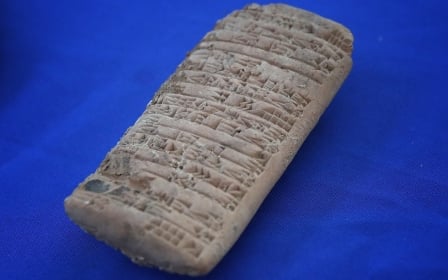