The Sisi government has grand plans to transform a Unesco-listed World Heritage Site, but locals watch the construction works with unease 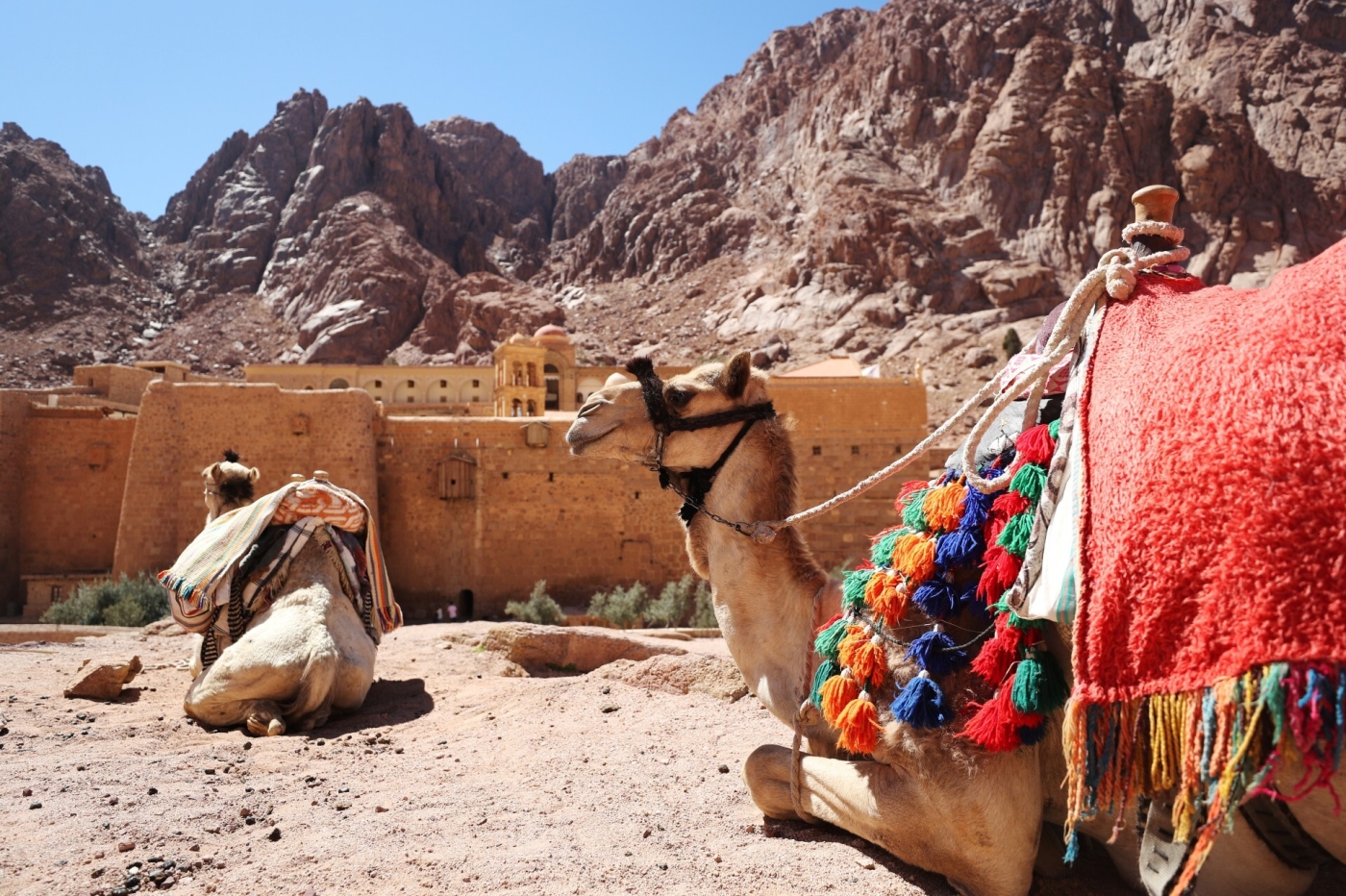 A development project in the ancient city of Saint Catherine in Egypt's Sinai Peninsula has been criticised by local residents who have accused authorities of disfiguring the city.

City resident have expressed concern for its future as an ancient heritage site, citing what they describe as its ongoing "destruction" and the lack of a clear vision for its development.

"What is sold to us as development is in fact ruining this ancient and beautiful city," Ahmed Ali, a tourism worker in his mid-40s and a resident of Saint Catherine, told Middle East Eye.

"The view to most of the ancient sites of the city will be blocked by the concrete buildings now constructed in it within the new development project."

People like Ali are taking to social media to share their opinions with both fellow Egyptians and the authorities.

Some of the photos they have posted show important parts of the city being razed to the ground.

One resident said he can see nothing but bulldozers pulling down important parts of the city, including ancient buildings, and substituting them with blocks of concrete that do nothing but deface Saint Catherine.

Another said the city has turned into a place full of dust and rubble that seems nothing like the city he has known for many years.

It aims to capitalise on the importance of the city for the adherents of three religions - Islam, Christianity, and Judaism - by turning it into a major spiritual attraction. Egyptian authorities started implementing the Great Transfiguration project last year, putting into effect a plan that will see the construction of dozens of new facilities and infrastructure projects.

Most of the facilities will be constructed in the areas around Mount Sinai and the Saint Catherine Monastery, which is almost the oldest functioning monastery in the world.

One element of the project is the construction of a spiritual shrine on the mountains surrounding the city's Holy Valley, according to Egyptian Housing Minister Assem al-Jazzar.

The development project aims to link important sites, like the al-Tor Mountains, with other parts of Sinai, including the Red Sea resorts of Sharm el-Sheikh and Dahab, through a modern road network, according to the minister.

However, Assem al-Jazzar said that the development project for Saint Catherine would not interfere with its environmental or visual nature.

"The project will originally aim to protect the nature of the city, which qualifies it to become an international destination for spiritual tourism," he said. 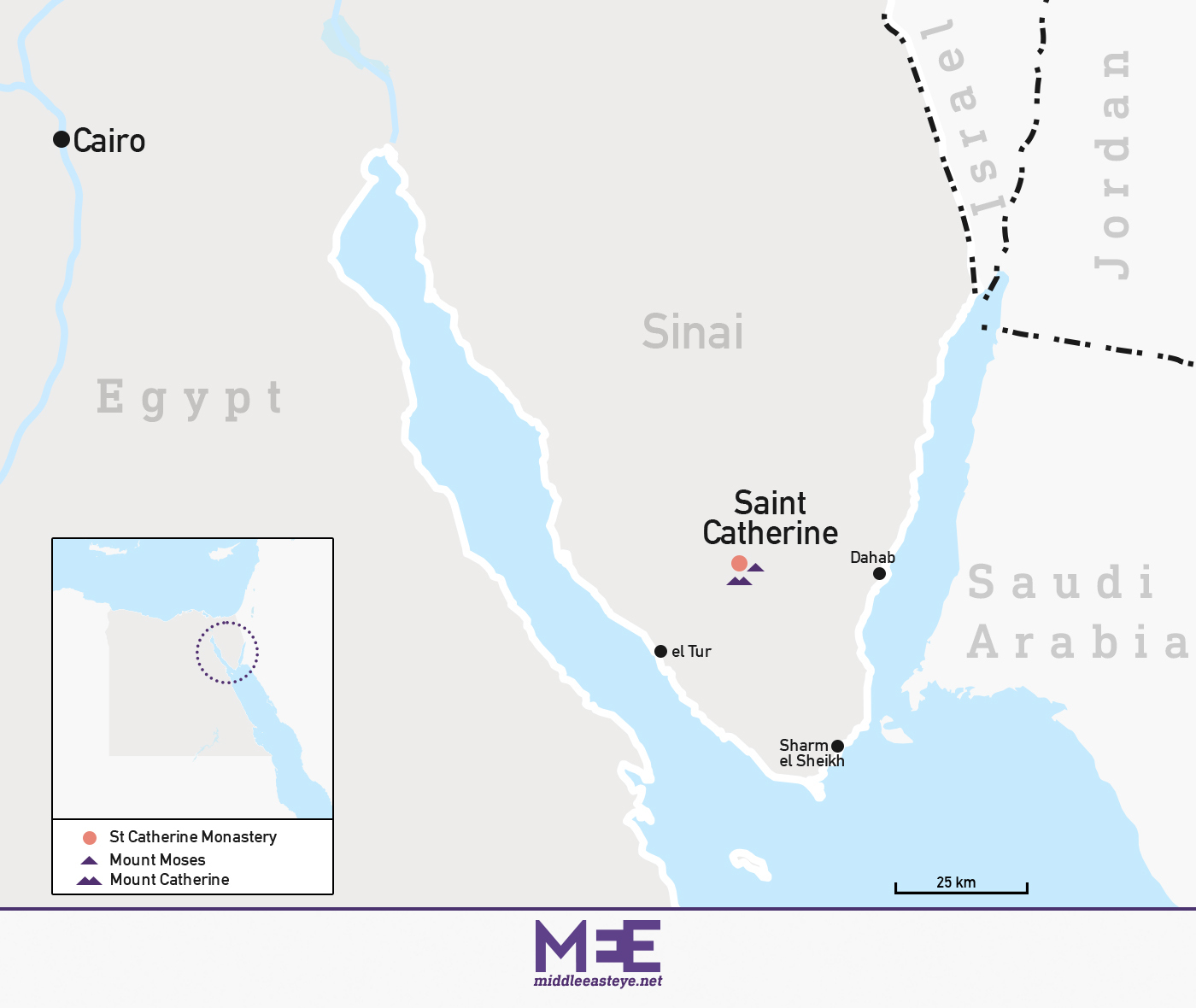 The city's development would include a hydrological study to protect Saint Catherine against floods in the future, according to information released by the government about the project.

'The project will put the city on the tourism map once more, a long time after it suffered neglect and was shunned by tourists because of the lack of the necessary services'

"This is one of the most important development projects to be implemented in the whole of Sinai," Saint Catherine City Council head, Talaat al-Anani, told MEE.

"The project will put the city on the tourism map once more, a long time after it suffered neglect and was shunned by tourists because of the lack of the necessary services in it."

According to Anani, four billion Egyptian pounds (roughly $256m) have been specified for the first phase of the development project, which should be completed by June this year.

A similar amount of money would be allocated to the second phase of the development project, which should be completed by the end of this year as well, he added.

Saint Catherine is located in the southern part of Sinai, a territory in the northeastern part of Egypt, which shares borders with Israel and the Palestinian Gaza Strip.

The city is surrounded by sites of great importance to Christians, Muslims, and Jews, including the al-Tor Mountains, Mount Sinai, and Saint Catherine Monastery.

In 2002, Unesco declared the city, which is inhabited by around 10,000 people, a World Heritage site.

Christians and Muslims believe that Mount Sinai was the place where Moses received the Ten Commandments from God. 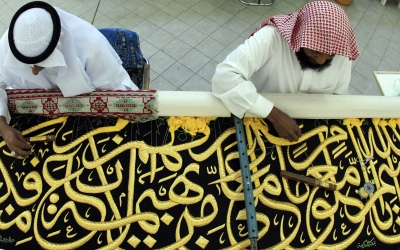 Saint Catherine is also believed to be a place where early Christianity flourished.

The monastery is by far the most important place in the city. It is believed to have been established in 530 CE by Byzantine emperor Justinian I.

The monastery is also believed to have provided refuge to Christians at different historical phases, especially during the 7th century.

During the Islamic conquest of Egypt, Muslims had special respect for Christian houses of worship, leaving the monastery intact.

This probably encouraged monastery monks to welcome Muslim soldiers and construct a small mosque for them near the monastery.

The mosque is still functional, giving Sinai's Bedouins and Muslim visitors a place where they can perform their prayers.

Most of the monastery is still intact, retaining its original appearance since the 6th century.

Some of the icons of the Saint Catherine Monastery were painted before the 8th century. The library of the monastery, which was established 1945, contains thousands of the world's oldest manuscripts.

The city's residents blame the ongoing development project for replacing the original and ancient character of the area with modern buildings made of concrete that will erase its value as an ancient site.

"This is why we reject this so-called development project," Yasmine al-Kashef, another city resident, told MEE. "The project will just obliterate the city's identity."

Al-Kashef and other residents refer to the destruction of dozens of old trees to give way for the construction of new roads.

'This is why we reject this so-called development project. The project will just obliterate the city's identity'

They specifically talk about the construction of a new road between al-Tor Mountains and Saint Catherine.

The road is expected to cut the distance between the two points, making it easier for people to travel between them.

"Is this worth the destruction of this important area?" one of the residents of the city asked.

Another resident called on city lovers to hurry up and visit it before it is totally destroyed.

"We wake up every day to discover that some buildings have been demolished and others made of cement constructed instead of them," the resident said. "Those who want to see what remains of the city should hurry up and visit it now."

The official spokesman of the Ministry of Housing did not return calls by MEE for a comment.

Nonetheless, Suleiman Etewei, a representative of the city in the House of Deputies (lower chamber of parliament), described what is going on in Saint Catherine as a "comprehensive modernisation process".

He said the project, which includes a large number of infrastructure and service projects that will benefit the city's visitors and residents, would turn Saint Catherine into an international, environmentally friendly city.

"What is being said about the destruction of the city has nothing to do with reality," Etewei told MEE. "People should wait until the project is completed, instead of jumping to baseless conclusions." 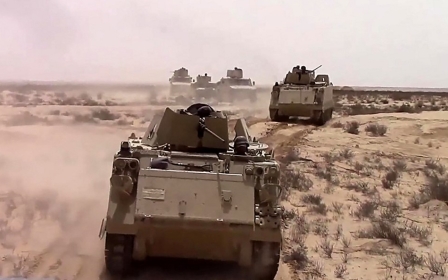