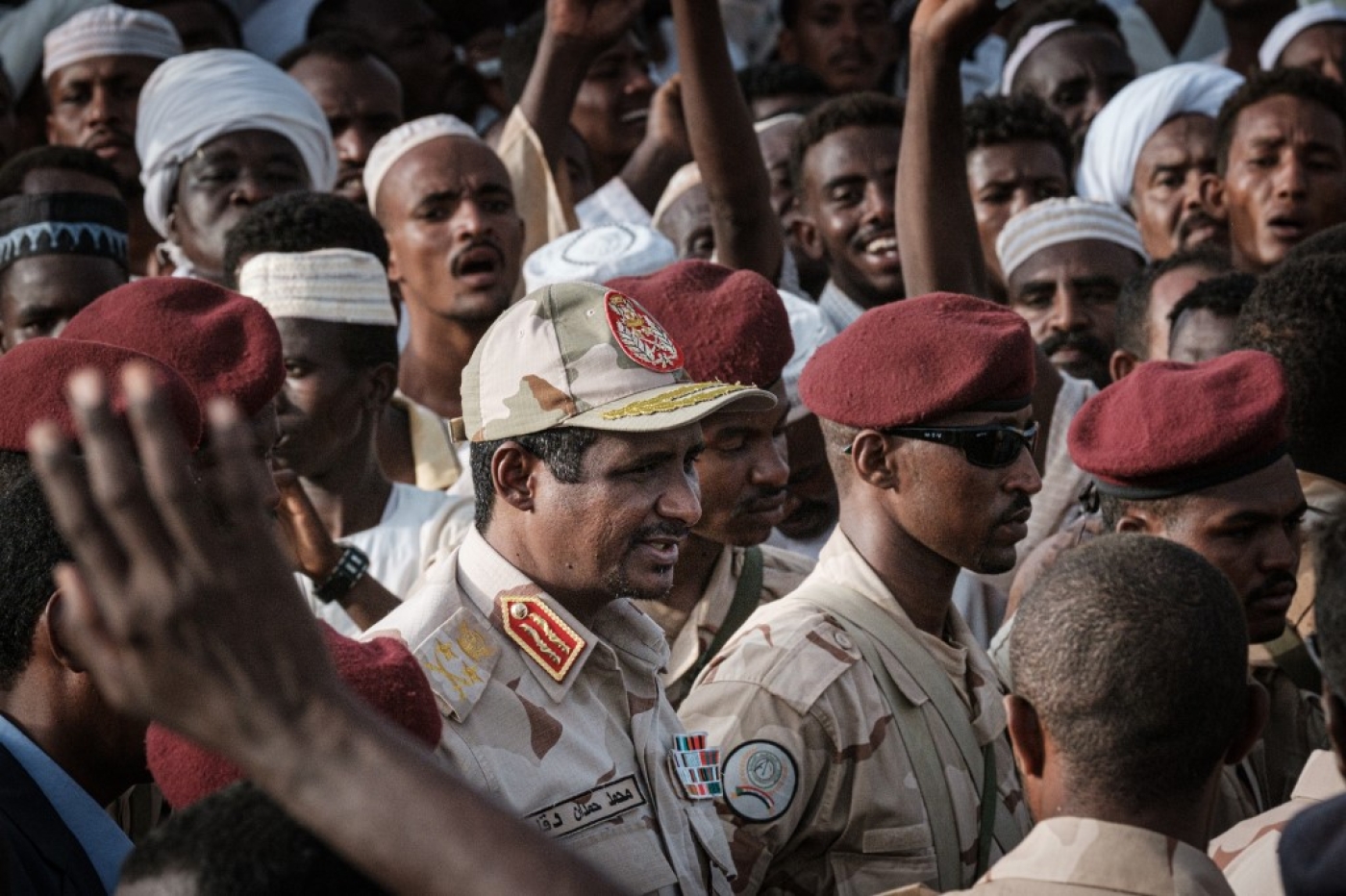 The European Union has been accused of “hiding” the impact of its funding of the Sudanese government and its paramilitary forces as part of a programme to stem the flow of migrants from Africa to Europe.

The RSF and its leader Mohamed Hamdan Dagolo, known as Hemeti, have seized control of the reins of power in Khartoum amid a struggle for the country’s political future and are accused of carrying out a brutal crackdown on protesters that has killed at least 128 people this month.

'The EU looked the other way'

A letter from Sudanese and Eritrean rights groups accused European Council president Donald Tusk of farming out its migrant policy to countries known for systematic abuses, including Sudan.

“During your term as president of the European Council, the European Union and its member states have externalised migration policy through direct and indirect cooperation with regimes and militia forces that are entirely unaccountable,” said a collective letter to Tusk, signed by a group of mostly Sudanese and Eritrean rights groups last week.

“The European Union has hidden behind the execution of such programmes by third parties.”

Sudan is considered both a source of migrants and refugees as well as a transit country for people trying to reach Europe by crossing the Mediterranean Sea and has been a key focus for the Khartoum Process, which was established in 2014 to counter “human trafficking and smuggling in the Horn of Africa”.

Rights groups and researchers say the RSF has been deployed by the Sudanese government to police Sudan’s borders, and has become heavily involved in the process, despite being accused of abuses.

Formed from the former Janjaweed militias accused of war crimes and genocide in Sudan’s Darfur region, and deployed to other conflict zones in Sudan since it was formalised, the RSF is also accused of being a cause of refugees fleeing Sudan.

A report by Dutch think tank Clingendael in September 2018 highlighted that at least 160m euros have been allocated to Sudan since 2016.

Quoting EU officials, the report said thousands of migrants were intercepted every year on Sudan’s borders, largely in operations assigned to the RSF.

It also quoted migrants who said they were tortured by RSF fighters after being caught, or had to pay bribes, and that on some occasions it was RSF fighters who were smuggling them.

Sudanese researcher Suliman Baldo told Middle East Eye that the EU, while not directly funding the RSF, allowed a situation where now ousted president Omar al-Bashir was able to “whitewash” the RSF’s reputation by assigning these operations to them.

“The EU looked the other way, it didn’t complain about this,” said Baldo, a senior advisor at the Enough Project, which campaigns for solutions to major conflicts in Africa. “It didn’t complain that the RSF were implicated in the several incidences of being involved in human trafficking.

“It’s a very important issue. The EU needs to seriously subject itself to a thorough review to the negative consequences it has had, chief among them that it legitimised a deadly militia.”

The RSF have themselves claimed to have carried out operations to intercept migrants and Hemeti has also made several speeches demanding the EU recognise his efforts - the most recent last Saturday.

“[RSF] protects the Europeans from the influx of millions of irregular migrants,” he said. “We work on behalf of the Europeans, we protect their national security.” 'If I die, so be it': Why Sudanese youth risk it all to reach Europe
Read More »

The European Union told MEE that it does not provide any financial support to the Sudanese government or military, including the RSF.

“All EU-funded activities in Sudan are implemented by EU member states development agencies, UN, international organisations and NGOs,” an EU spokesperson said, insisting that the goal of EU-funded programmes is to protect migrants, not reduce the number going to Europe.

They did not answer questions about whether the EU has any process for safeguarding against the transfer of funds to the RSF.

Though the EU says it does not fund the Sudanese government, a 40m euro plan launched under the Khartoum Process in 2016 stated one of its goals was to “strengthen the capacity” of agencies involved in managing borders.

The same document listed as a potential risk the chance that training and equipment given to border authorities could be “diverted for repressive aims".

According to research by Oxfam, more than half of $400m allocated by the EU for “migration management” was spent on restricting migration.

Though officially the deputy leader of the military council that has ruled Sudan since ousting Bashir in April, Hemeti is considered by many to be the country’s de-facto leader, with his RSF forces widely deployed throughout the capital.

Negotiations with protesters for a handover of power to civilians have repeatedly stalled and the military council rejected Ethiopian mediation proposals this week, despite previously welcoming the efforts.

'We work on behalf of the Europeans, we protect their national security'

After hundreds of protesters were killed, injured or sexually assaulted during the military’s crackdown on protesters from 3 June onwards, blamed mostly on the RSF, calls have grown for the EU to cut any programmes the RSF benefits from and impose sanctions on the military council.

Amsterdam-based Sudanese independent broadcaster Radio Dabanga reported that the Netherlands wants the EU to link its support to Sudan to demands to a handover of power to civilians.

“The EU really needs to stand up on the attack on democracy, to the attack on human rights, to the killing of civilians much more strongly.”

There are also wider calls for the international community to take a stronger stance against the RSF, including a petition for it to be recognised as a terrorist organisation. The petition has now gained enough signatures to require a response from the White House.

“The importance of recognising the Janjaweed as a terrorist organisation ensures no further support to the militia, especially from the EU, and of course Saudis, Emiratis and so forth,” Sudanese human rights activist Mutasim Ali told MEE, referring to the military’s council Arab backers.

“It is unfortunate that the EU indirectly supports the militia that terrorised the people of Darfur for years.”