Several European Union countries support imposing sanctions on Israel if it goes ahead with plans to annex parts of the occupied West Bank, Haaretz has reported.

France, Spain, Ireland, Sweden, Belgium and Luxembourg are all expected to call for a tough line on annexation at a video conference later this week, Haaretz reported on Tuesday citing sources familiar with the discussions.

"No one wants to reach a stage where EU-Israel ties are damaged for the long term, but they will be in the event of a unilateral annexation. If only because of the precedent it would set anywhere else," a source said.

Speaking at the daily press briefing on Monday, EU spokesman Peter Stano declined to go into details about Friday's foreign ministers' meeting, but warned that "annexation is contrary to international law and if annexation goes ahead, the EU will act accordingly".

Asked if Israel would be sanctioned by the EU, Stano said the decision was "up to the member states; at this stage, let's not speculate".

James Cleverly, a British junior Foreign Office minister, also said that the UK would not support Israeli annexation of parts of the West Bank, as such a move would turn the two-state solution with the Palestinians almost unfeasible. Palestinians have expressed outrage at Israel's plans to cement its hold on land it occupied in 1967, territory they seek for an independent state.

Israeli Prime Minister Benjamin Netanyahu has said cabinet discussions will start in early July over extending Israeli sovereignty to Jewish settlements and the Jordan Valley in the West Bank, as was mooted in US President Donald Trump's Middle East peace plan.

An Israeli coalition government agreement reached between Netanyahu and his main rival Benny Gantz last month includes a framework for implementing the annexation outlined in the plan.

Washington has signalled that it would support Israeli plans, but both the European Union and the United Nations have denounced the move.

Belgium, Ireland and Luxembourg also want to discuss the possibility of punitive economic measures during the foreign ministers' meeting, though all member states would have to agree to any collective action.

In terms of procedure, EU governments would need to ask the European Commission and the EU foreign policy division, the EEAS, to draw up a list of options.

All 27 EU nations would need to agree to any response, and some of Israel's closest allies - such as Hungary and the Czech Republic - could still block even preparatory work to a plan. 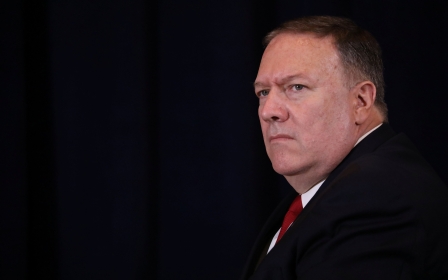