"Countries should not change borders or acquire territory by force," Boris Johnson wrote in 2018 (Reuters/File photo)
By
MEE staff

Dozens of British politicians from across the political spectrum have urged Prime Minister Boris Johnson to impose sanctions on Israel if it goes ahead with plans to annex parts of the occupied West Bank.

In a letter released on Friday, 127 current and former parliamentarians, including members of the Conservative Party, called on Johnson to make it clear that annexation is illegal under international law and "will have severe consequences including sanctions".

"International law is crystal clear. The acquisition of territory through war is prohibited," the document reads.

The Council for Arab-British Understanding (Caabu), which organised the letter, said it was an "unprecedented intervention".

If we are to prevent other states with territorial ambitions from copying Israeli illegal behaviour, the UK must take a lead in standing up to this aggression

"Politicians including former cabinet members, ministers and senior diplomats, demanded actions not words in opposing any Israeli annexation," the group said in a statement.

The letter warned that annexation would be a "mortal blow" to peace efforts and the two-state solution. It compared Israel's applying its sovereignty to Palestinian land to Russia's annexation of Ukraine's Crimea in 2014.

"Britain quite properly opposed these acts with appropriate measures, including robust sanctions," it said.

Johnson has been a vocal critic of Russia's actions in Crimea.

"The security of every nation depends on the essential principle that countries should not change borders or acquire territory by force. That is why the fate of Crimea matters to all of us," he wrote in 2018 when he was foreign secretary.

"We all have an obligation to stand up to Russia in a measured and resolute way."

'The UK must take a lead'

Israel occupied the West Bank, East Jerusalem and the Syrian Golan Heights in the 1967 war against its Arab neighbours.

Friday's letter said that the international community is "duty-bound" to protect Palestinians under the occupation.

"If we are to prevent other states with territorial ambitions from copying Israeli illegal behaviour, the UK must take a lead in standing up to this aggression," it reads.

The politicians also accused Israel of taking advantage of the spread of the coronavirus to "implement this egregious plan". Signatories include Lord Chris Patten, the former chair of the Conservative Party; Sir Edward Davey, the leader of Liberal Democrats, and Baroness Helena Kennedy, a Labour member of the House of Lords.

In April, he reached an agreement with his chief rival, Benny Gantz, to form a coalition government that would move forward with an annexation law.

Washington has signalled that it would support Israeli plans, but the European Union and the United Nations have denounced the plan.

"This would, if implemented, constitute a serious breach of international law," the European countries said in a statement. 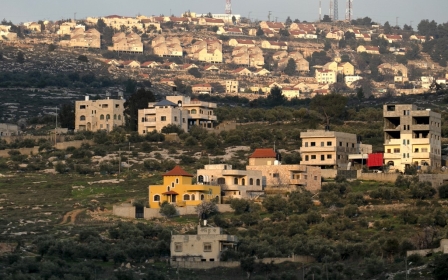