Mohammed Alshamrani, who killed three American soldiers last year, had been in contact with al-Qaeda since 2015, authorities say 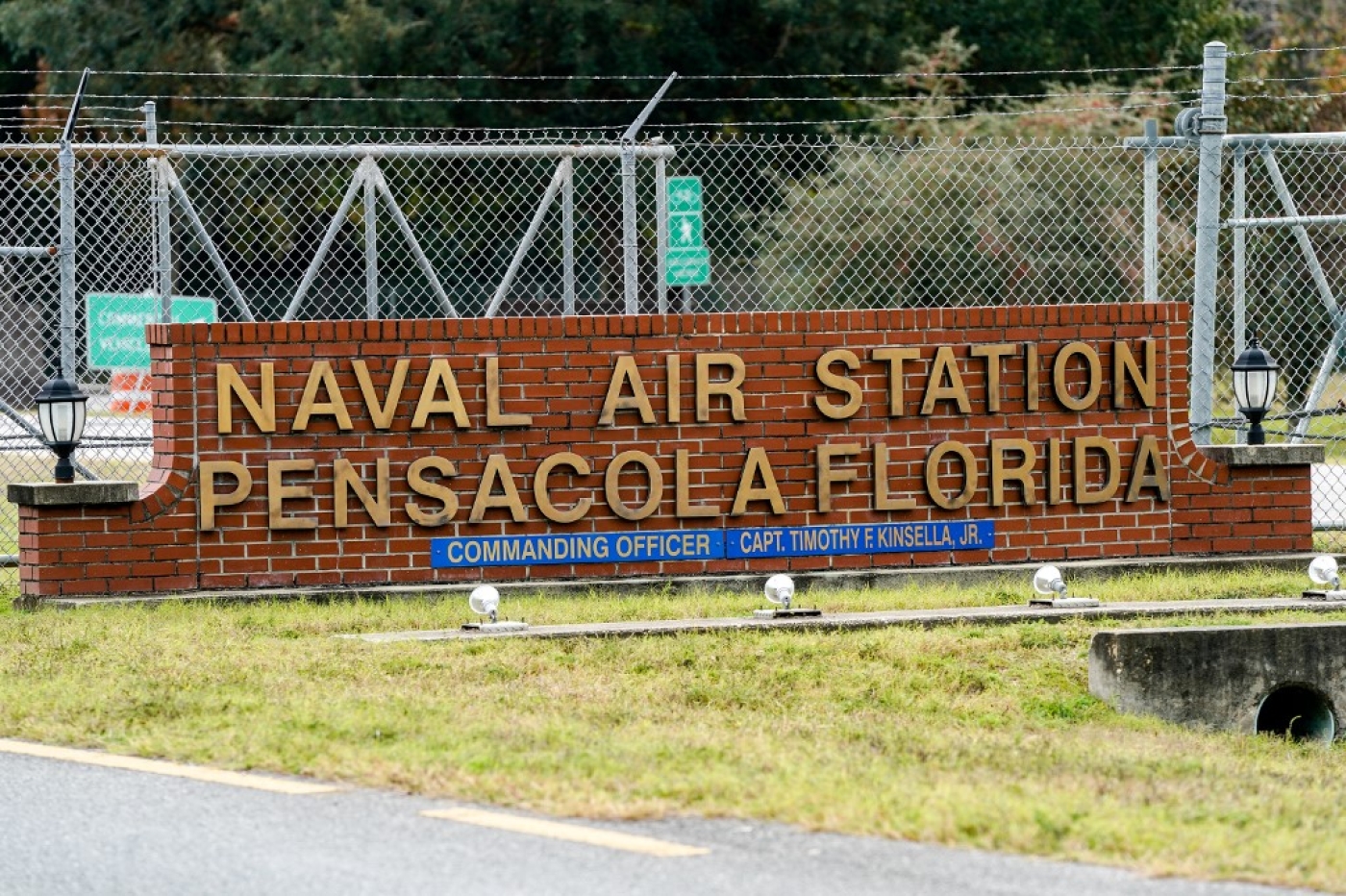 A Saudi aviation student who fatally shot three Americans at a military base in northwest Florida last year was in touch with al-Qaeda, the FBI said, after breaking the encryption on the attacker's iPhones.

FBI Director Christopher Wray said on Monday that Second Lt. Mohammed Alshamrani, a soldier in the Saudi Air Force, had been in contact with members from al-Qaeda in the Arabian Peninsula (AQAP) since 2015, prior to his arrival to the US.

"The evidence we've been able to develop from the killer's devices shows that the Pensacola attack was actually the brutal culmination of years of planning and preparation by a longtime AQAP associate," Wray said during a news conference.

Alshamrani, who had been receiving aviation training at Naval Air Station Pensacola, was killed in a harrowing shootout with deputy sheriffs.

According to evidence obtained through Alshamrani's phone, Wray said the gunman had been in contact with AQAP prior to the shooting and discussed his plans and tactics with the group. Authorities found "pocket-cam videos" of him examining the classroom building at the naval facility, and also found a final will explaining himself, Wray said.

"He wasn't just coordinating with them about planning and tactics. He was helping the organisation make the most it could out of his murders."

During the attack at the base - which also left eight injured and prompted the expulsion of 21 Saudi military students from a training programme - Alshamrani made statements critical of US military actions overseas and fired shots at a picture of President Donald Trump, according to the Wall Street Journal.

Attorney General William Barr said that an operation had been launched against Abdullah al-Maliki, an AQAP operative and associate of Alshamrani, who was based in Yemen.

Without going into further details of what happened, Barr said, "the al-Maliki group has been seriously degraded".

Barr had previously called on Apple, the maker of the iPhone, to help unlock the aviation student's two devices, to which the technology giant refused.

The shooting at the naval station put US-Saudi relations to the test just months after the Trump administration delivered substantial military aid to Saudi Arabia to counter threats from Iran.

Barr said that in January Saudi Arabia gave "complete and total support" to the US counterterrorism investigation and ordered all Saudi trainees to cooperate.

He also said that the kingdom would return for trial any of the 21 students if US prosecutors decided to charge them in connection with the investigation.

In a separate statement released on Monday, the Pentagon said it would begin to implement additional measures for its background checks on International Military Staff (IMS) in the future, as well as restrictions on weapons possession, access to military facilities, and continuous monitoring while enrolled in training programmes in the US.

The US Congress has heavily scrutinised Washington's military relationship with Riyadh over the war in Yemen and Saudi Arabia's killing of The Washington Post's, and Middle East Eye's columnist Jamal Khashoggi in 2018.

Minnesota Congresswoman Ilhan Omar criticised the comments made by the Trump administration on the Pensacola shooting, saying it was "whitewashing Saudi ties to another attack on America".

"If this was Iran we would be calling for accountability. Why can't we hold the biggest exporter of terrorism in the world accountable?" Omar tweeted later on Monday.

Still, during the news conference, Barr remained steadfast in support of Riyadh.

"The Saudis have been fully cooperative throughout this investigation up till now," Barr said.

"We're working closely with the Saudis and the Defence Department and the Saudis have been working to buttress the screening process and the vetting process to ensure that this kind of thing doesn't happen again." 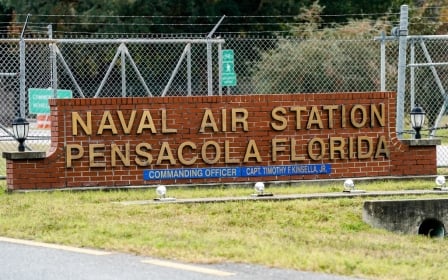