A ceasefire has been reached between Israel and Palestinian factions, according to the latter, seeming to put an end to violence that has rocked the Gaza Strip since Friday, and left 23 Palestinians and four civilians in Israel dead.

According to Palestinian officials, the ceasefire came into effect at 4.30am local time (01:30 GMT), after Israel and Hamas, the movement that governs the Strip, agreed to taper the fighting that reached a peak on Sunday.

As is common in such situations, Israel has not publicly commented on whether a ceasefire has been reached.

However, there appeared to be no rocket fire coming from Gaza following the Palestinians’ announcement.

Gideon Saar, a politician in Israel Prime Minister Benjamin Netanyahu's Likud party, and Benny Gantz, a former Israeli army chief of staff and head of the Israeli opposition, both criticised the ceasefire on Monday.

Over the next two days, hundreds of rockets were launched into Israel from Gaza, with the Israeli military pounding the besieged enclave with air strikes and artillery in return.

At least 23 Palestinians, including two pregnant women and a 14-month-old baby girl, have been killed since Friday. Four Israelis were killed by rocket fire.

The fighting was the worst seen in Gaza for five years, and threatened to spill over into an all-out, protracted war as in 2014, which appeared to suit neither side.

President Donald Trump said on Sunday that the United States fully supported Israel's actions, warning Palestinians in Gaza that any violent actions by Hamas and Islamic Jihad would bring them "nothing but more misery".

"Due to unlimited American support for this regime and the embarrassing silence of some Islamic governments, there is no end to Zionist crimes in the occupied Palestinian territories," Mousavi was quoted as saying. 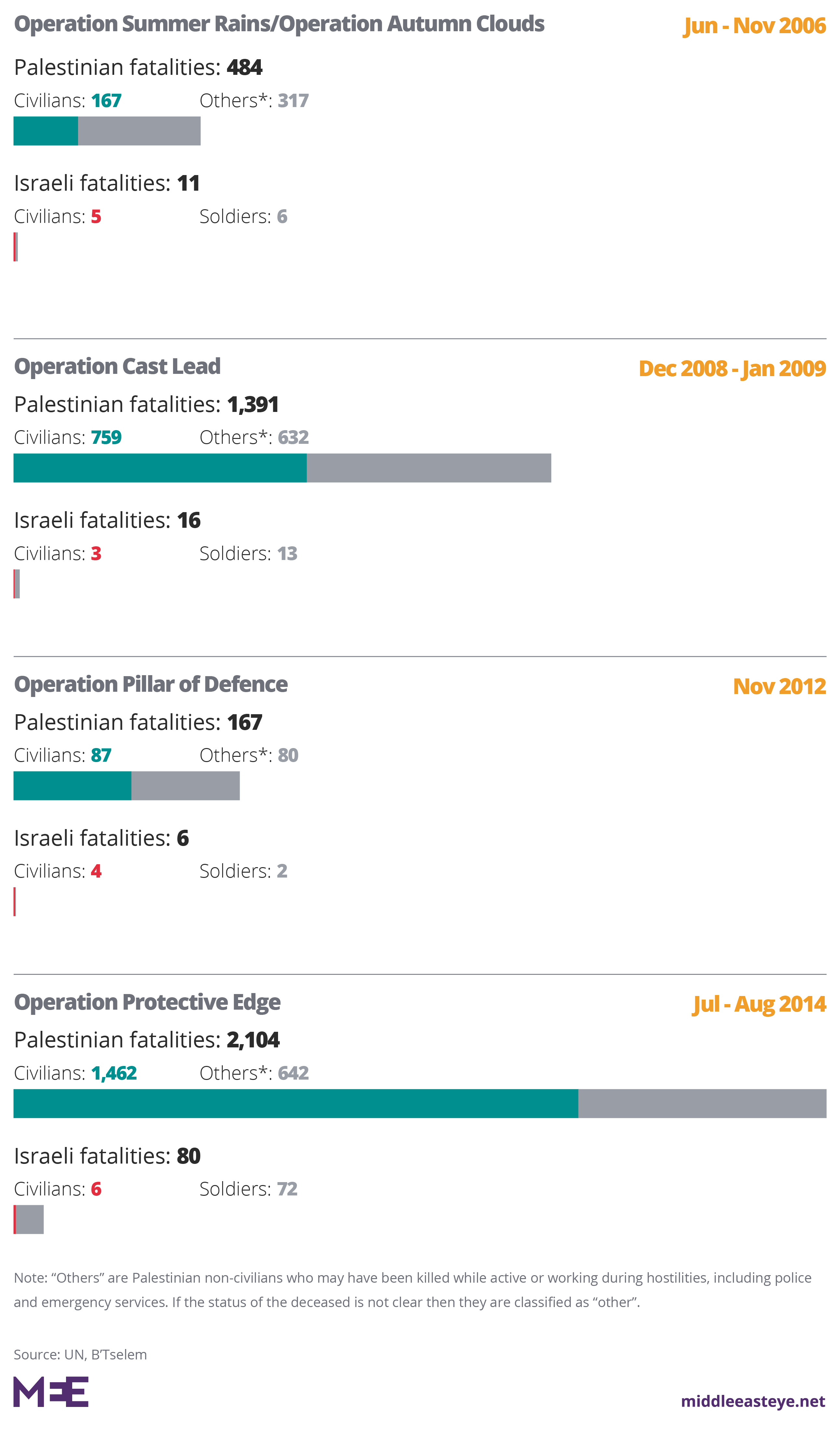 The upsurge in violence came at a particularly sensitive time for both sides.

Israel celebrates its Independence Day this week and hosts the Eurovision song contest on 14-18 May.

Meanwhile, Monday sees the first day of Ramadan, and Palestinians also commemorate Nakba Day this week, remembering the killings and displacement during the creation of Israel.

On Sunday night, on the bloodiest day of the weekend, Hamas leader Ismail Haniyeh said "returning to a state of calm is possible" if Israel committed to a "complete ceasefire".

Following that, Islamic Jihad said the ceasefire was agreed after Israel agreed to somewhat ease the blockade it imposes on the Gaza Strip.

Beware: Zionist propagandists including this @TeamTrump campaign adviser are sharing this video from Ukraine and lying that it shows rockets fired from Gaza. Their purpose is to encourage more slaughter of Palestinians. https://t.co/sCI9XILFCT https://t.co/4XfIiNOdv9

The coastal area Palestinians are allowed to fish in has been increased, an Islamic Jihad official told the AFP news agency, as well as improvements in the electricity and fuel situation.

Reports have suggested that Hamas and Islamic Jihad decided to step up rocket attacks in response to the lethargic progress in negotiations with Israel that would see a greater easing of the blockade.

“The Palestinian rocket attacks are a natural response to the continuous Israel violations and crimes committed against the Palestinians,” Hamas spokesman Fawzi Barhoum told Middle East Eye on Sunday.

Israel’s military said some 690 rockets and other projectiles have been fired over the Gaza frontier since Saturday, with more than 240 intercepted by its air defence system.

Rockets rained down on important urban centres, such as the southern cities of Ashkelon, Ashdod and Beersheva.

“I feel frustrated, it’s madness. We have the ability to run away, but in Gaza they can’t go anywhere.”

“Gaza is very crowded and we have no shelters, so wherever missiles fall there are civilians because it’s so crowded here," Imad al-Jalameh, a Palestinian resident of al-Shatia refugee camp, told MEE.

Anan, a 20-year-old Palestinian from Gaza City, told MEE that he found himself supporting the escalation because the blockade was making the situation in the enclave so desperate.

"We can't breath in Gaza anymore. As the siege becomes stronger and the economic situation gets worse we don’t feel we have any other choice except to put pressure on Israel this way," he said.

"I find myself supporting this escalation - maybe this will be the only way we can remove the siege, which is the only thing I want."

Among those killed by Israel on Sunday was Hamid al-Khodari, a Hamas commander whose car was struck in central Gaza City.

Israel said the 34-year-old was victim of a targeted assassination, a tactic not seen since the 2014 war.

The Israeli military also claimed he was responsible for transferring Iranian cash to Palestinians in the enclave.

Two pregnant women were also killed in the fighting.

One, Falastin Saleh Abu Arar, was holding her 14-month-old niece Sebba Mahmoud Abu Arar on her lap when they were both killed by shrapnel on Saturday.

At the baby’s funeral on Sunday, Sebba’s relative Khalid Abu Arar told MEE that an Israeli drone struck the family with a missile as they drank tea outside their home.

How many more protesters must be shot, rockets must be fired, and little kids must be killed until the endless cycle of violence ends?

The status quo of occupation and humanitarian crisis in Gaza is unsustainable. Only real justice can bring about security and lasting peace.

“Drones do not distinguish between civilians and fighters," he said.

Israel denies responsibility for their deaths, and says a Hamas explosive killed them.

Gaza’s health ministry on Sunday said a four-year-old child was also killed during Israeli strikes in the northern Gaza Strip. Israel has not commented on that death.

Israel has maintained a crippling blockade of the Gaza Strip since 2007 which critics say amounts to collective punishment of the impoverished enclave's two million residents. 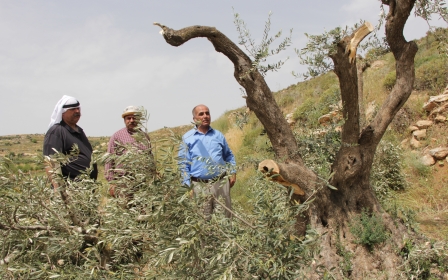