Hamas on Friday organised its own protest march, blaming the head of the Palestinian Authority and Israel for cuts that have left people without power in freezing temperatures since late last year.

The protests on Thursday saw thousands of people in northern Gaza march to the headquarters of a local electricity company run by Hamas, which has controlled the Gaza Strip since 2007.

The protest turned violent, with security forces firing shots into the air and reportedly beating up journalists.

Dramatic footage of the protest showed demonstrators running from the sound of gunfire, with some turning back to throw rocks at the security forces.

A comedian who produced a viral video about the cuts, which have left residents of the coastal enclave with power for less than four hours a day, was also arrested on Thursday.

“They said they had the power to arrest anyone who had protested, or was thinking of going out to protest again, about the electricity crisis,” a witness was quoted as saying.

The arrests reportedly focused on local leaders of Fatah, the party that controls the West Bank and represents the biggest rival for Hamas.

One of those arrested was Fayez Abu al-Atieh, a Fatah spokesperson in Gaza – he was released on Friday afternoon after a number of hours in detention on charges related to inciting the protests.

On Friday afternoon, Hamas led protests of its own that set out after Friday prayers, denouncing PA president Mahmoud Abbas for allegedly “thwarting” attempts to solve the crisis.

During the smaller protests in the northern Gaza refugee camp in Jabalya – also the site of Thursday’s anti-Hamas demonstrations – participants burned pictures of Abbas, and children held banners calling him a “criminal”.

Translation: From a march organised by Hamas at Jabalya camp to protest at the role played by Abbas and the government of Hamdallah in concocting the electricity crisis

Normally, Gaza's power alternates on eight-hour cycles, with generators providing electricity to those who can afford it in the down times. But since late last year, there have been only three or four hours of electricity a day in total.

The Palestinian Authority, which pays for power supplied by Israel and Egypt, normally transfers fuel to Gaza and exempts it from most taxes. But because of its own financial constraints, it is no longer offsetting all the tax, angering Hamas.

Spokesman Fawzi Barhoum has said Hamas is open to solutions, and accused the Palestinian Authority of using the crisis as a mean to "damage Hamas's image and sanction Gaza's people".

Israel's electricity company could supply more power, and has provisions in place to do so, but it has not been paid for all the electricity it has supplied in the past and wants financial guarantees before it delivers more. 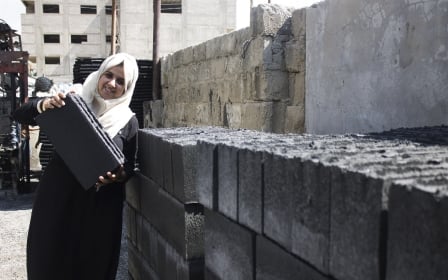