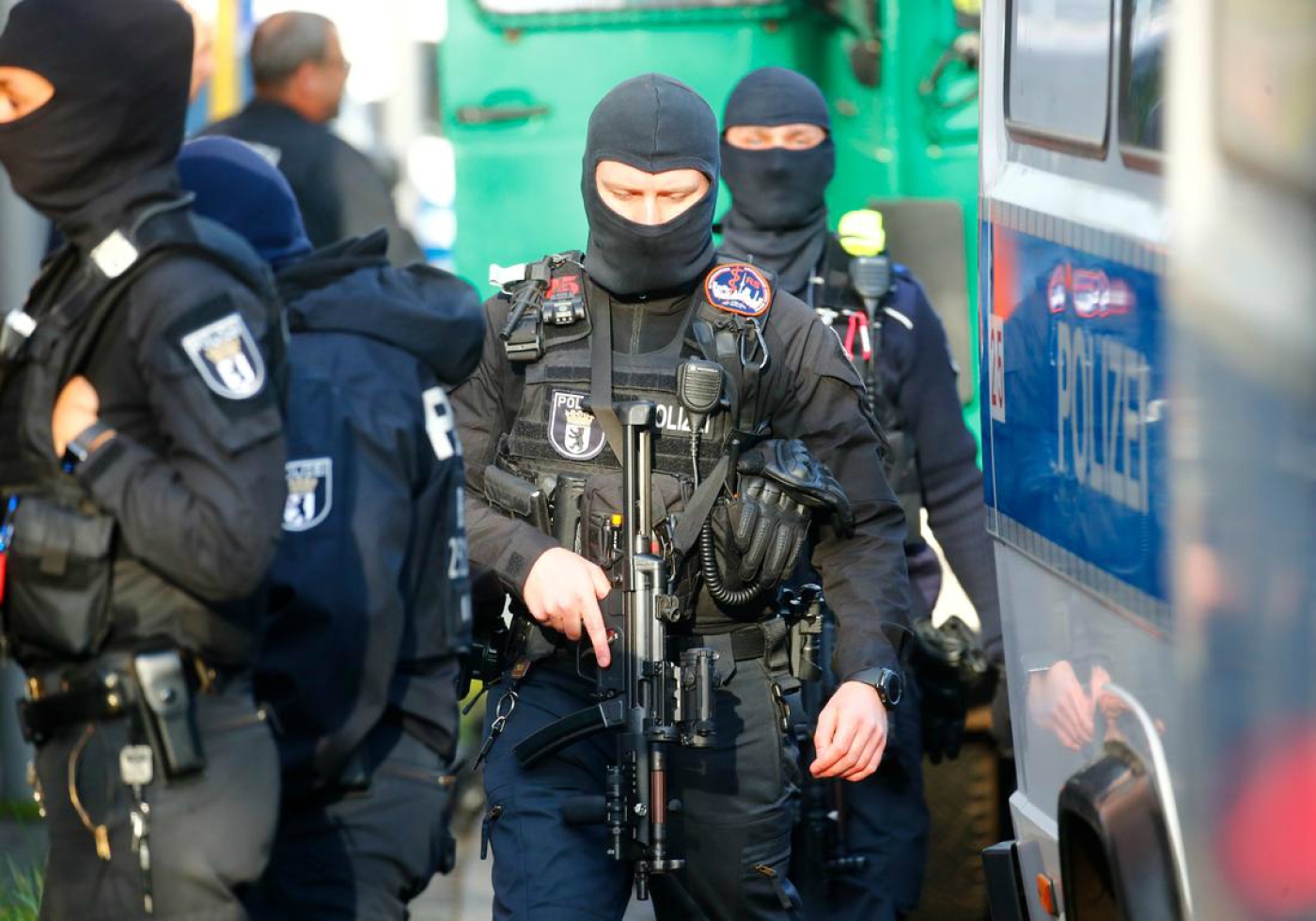 Police raided four mosque associations in Dortmund and Muenster in the western state of North Rhine-Westphalia, Bremen and Berlin (Reuters)
By
MEE and agencies

Germany has banned all activity by the Lebanese movement Hezbollah on its soil and designated it a terrorist organisation, the country's interior ministry said on Thursday.

Security officials believe up to 1,050 people in Germany are part of Hezbollah's military arm. Israel and the United States had been pushing Berlin to ban the Iran-backed organisation.

Germany had previously distinguished between Hezbollah's political arm and its military units, which have fought alongside President Bashar al-Assad's army in Syria.

"Even in times of crisis, the rule of law is capable of acting," tweeted the spokesman.

Designated a terrorist organisation by the United States, Hezbollah is also a significant backer of the government of Lebanese Prime Minister Hassan Diab, which took office in January.

The EU classifies Hezbollah's military wing as a terrorist group, but not its political wing.

On a trip to Berlin last year, US Secretary of State Mike Pompeo said he hoped Germany would follow Britain in banning Hezbollah.

Britain introduced legislation in February of last year that classified Hezbollah as a terrorist organisation.

Police raided four mosque associations in Dortmund and Muenster in the western state of North Rhine-Westphalia, Bremen and Berlin which they believe are close to Hezbollah, the interior ministry said.