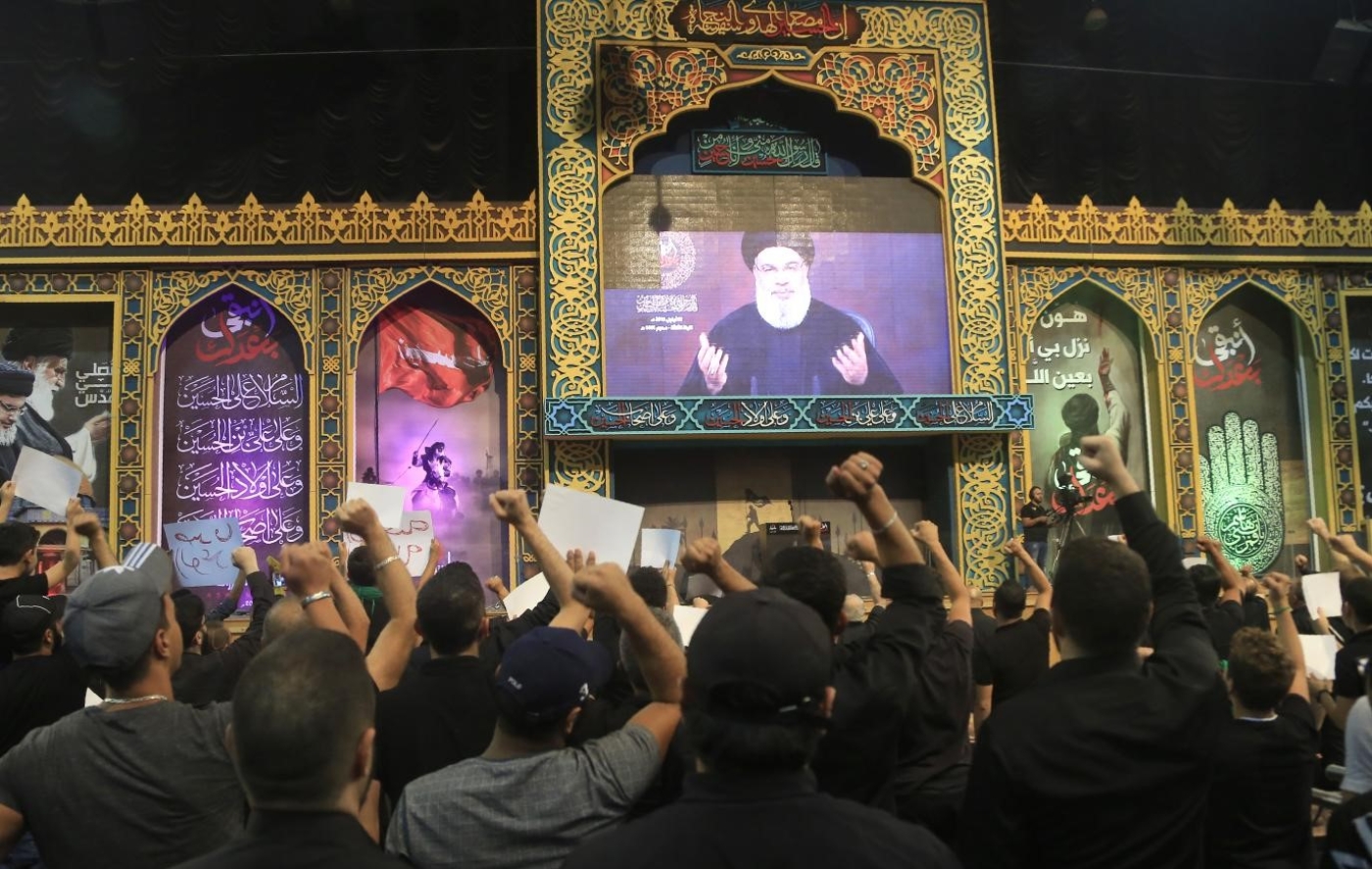 'Lebanon will no longer accept violations against its sovereignty,' Nasrallah says (AFP)
By
MEE staff

Hezbollah is ushering in a "new phase" in the conflict with Israel, the group's leader Hassan Nasrallah has said, after it launched a cross-border attack on an Israeli military vehicle over the weekend.

Addressing supporters on the first day of the Shia religious mourning period of Ashura, Nasrallah said on Monday that his group will continue to respond to Israeli violations of Lebanon's sovereignty.

"For those in the international community who are concerned about stability in the region, I tell them to talk to the Israelis and tell them that turning a blind eye is over [for Hezbollah], and Lebanon will no longer accept violations against its sovereignty," he said.

Nasrallah's comments come a day after Hezbollah fired anti-tank rockets on a military vehicle inside Israel in retaliation for an Israeli drone attack in Beirut a week earlier. Israel responded on Sunday by firing dozens of rockets into south Lebanon.

Nasrallah said that in the past Hezbollah has retaliated against "Israeli aggressions" by hitting targets in the Israeli-occupied Shebaa Farms area, but Sunday's attack took place within Israel's internationally recognised borders.

Lebanon claims Shebaa Farms as its own, but Israel says the territory is part of the Syrian Golan Heights, which it occupies.

"For decades, the Israelis could not stand that someone would touch their border… What happened yesterday is that the most important Israeli red line for decades has been broken by the Islamic resistance," said Nasrallah, referring to Hezbollah.

In a video statement shared on Twitter on Monday, Israeli Prime Minister Benjamin Netanyahu held out the prospect of future military action to prevent Hezbollah from getting missiles that could be fired with increased accuracy at targets in Israel.

Tensions have escalated between Israel and Lebanon as a result of a series of Israeli incursions into Lebanese territory over the past week.

Israel said the attack on Sunday did not cause any casualties, but Hezbollah claimed that all the soldiers in the targeted vehicle were killed or injured.

The flare-up on the Israeli-Lebanese border follows a series of suspected Israeli attacks against Iran-linked targets in Iraq, Syria and Lebanon.

'It is our right and Lebanon's right to defend our land, and we will confront Israeli drones in Lebanon's sky'

Last week, Iraq said it intended to file a complaint with the United Nations after finding Israel was "certainly" behind several recent attacks on bases used by government-aligned paramilitary groups.

On Monday, Nasrallah said the unmanned planes were on a mission that they failed to achieve, but he didn't elaborate on that mission's objectives.

The Hezbollah chief also warned Israel that its drones are not safe in Lebanese skies.

"It is our right and Lebanon's right to defend our land, and we will confront Israeli drones in Lebanon's sky," he said.

Nasrallah also blamed Netanyahu for sparking the recent escalation ahead of the upcoming Israeli elections on 17 September.

"The Israelis must know that what happened is a result of Netanyahu's stupidity - who cannot see anything but how to save himself from the judgement against his corruption cases," Nasrallah said.

Netanyahu, who failed to form a ruling coalition government after a vote in April, has been investigated in relation to several corruption cases. 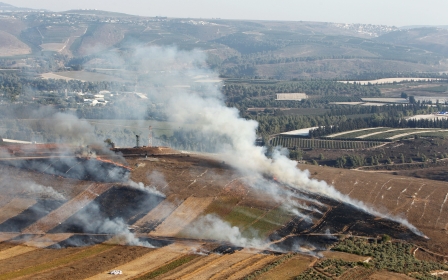