Fired US investigator was looking into arms deal with Riyadh: Top Democrat The abrupt firing of a State Department internal investigator may have been motivated by a probe he was leading into the Trump administration's decision to fast-track an $8bn arms deal with Saudi Arabia last year, a top House Democrat has said.

After initial reports suggested that inspector general Steve Linick was fired for looking into accounts that Secretary of State Mike Pompeo was sending staff to run personal errands, the chair of the House Foreign Affairs Committee Eliot Engel raised concerns over an investigation into the emergency weapons sales to the kingdom.

"I have learned that there may be another reason for Mr. Linick's firing," Engel said in a statement to the Washington Post on Monday.

"His office was investigating - at my request - Trump’s phony declaration of an emergency so he could send weapons to Saudi Arabia."

Pushed through despite bipartisan objections in Congress, the arms deal awarded to Saudi Arabia and the UAE was worth around $8bn.

In addition to Engel, aides on the Foreign Affairs Committee told the Post that House Democrats are concerned that the investigation into Pompeo over the controversial deal may have played a role in Linick's termination.

On Saturday, the House Foreign Affairs Committee and Senate Committee on Foreign Relations sent joint letters to the State Department and the White House, requesting documents relating to Linick's firing be preserved and turned over to Congress.

"As the House and Senate Committees with primary responsibility for oversight of the State Department, we intend to look deeply into this matter. We anticipate contacting your office in the coming days to request additional documents and interviews …  and trust that the Department of State will cooperate fully with our investigation," the letter reads.

At the time, it was believed that Linick may have been fired because he was investigating whether Pompeo had made a staffer perform personal errands for him, including walking his dog, picking up dry cleaning and making family dinner reservations.

'There is no emergency'

In June 2019, Democrats on the House Foreign Affairs Committee called for a probe into the "phony emergency" in a letter to Linick.

"The dubious grounds for invoking an emergency under the Arms Export Control Act to sell or transfer over $8 billion of significant defense articles raises serious questions necessitating further investigation, particularly in light of the fact that significant quantities of weapons and munitions previously provided to coalition partners for use in Yemen have caused unacceptably high levels of civilian casualties," the letter said.

The Arms Export Control Act gives Congress the authority to block arms sales approved by the executive branch, but the law allows the administration to bypass Congress in the case of an emergency.

Last year, Pompeo said tensions with Iran in the Gulf constituted an emergency - pushing the sales through despite the objections of key members of Congress that had put the deals on hold.

Democrats and some Republicans were outraged by the move, especially that some of the weapons in the deal were not due to be delivered until months after the emergency declaration.

"Here's the reality, there is no emergency," Engel said at a congressional briefing last year.

"Do you know how I know? Because a real emergency would require weapons that can be delivered immediately, not months or even years from now," he added. 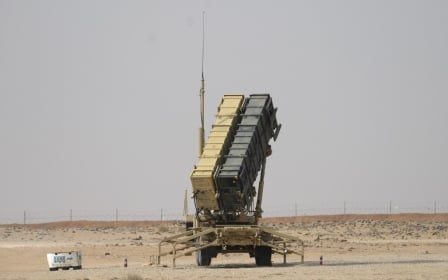