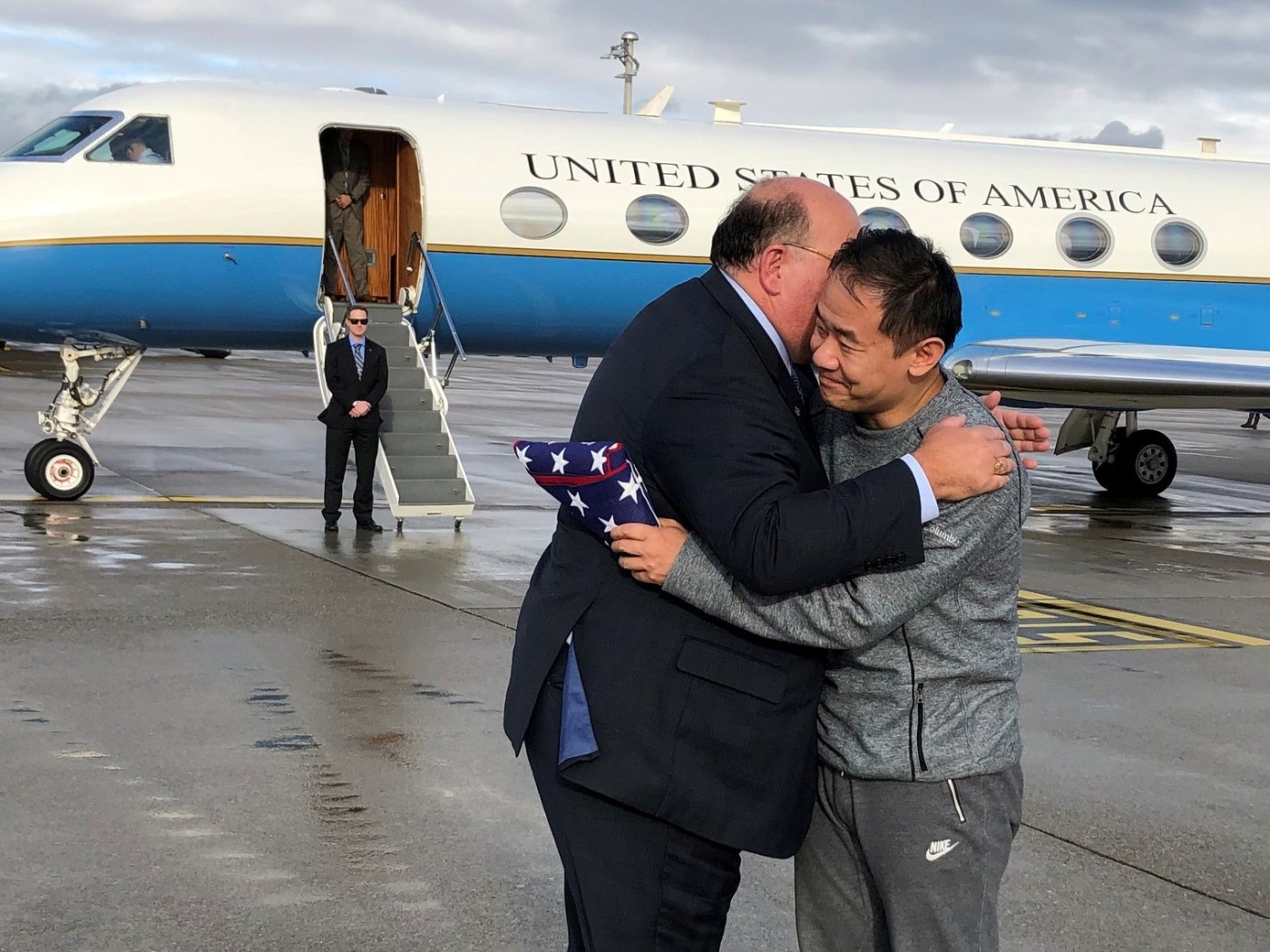 US Ambassador to Switzerland Edward McMullen greets Xiyue Wang in Zurich after his release, 7 December (Reuters)
By
MEE staff

Tehran is "fully ready for [a] comprehensive prisoner exchange" with Washington, Iranian Foreign Minister Mohammad Javad Zarif said, signalling a willingness to negotiate with the United States despite growing tensions between the two countries.

"The ball is in the US' court," Zarif wrote on Twitter on Monday.

On the weekend, Iran freed an American graduate student who had been imprisoned in Tehran for three years in exchange for the release of an Iranian scientist detained in the US since last year.

After getting our hostage back this week, fully ready for comprehensive prisoner exchange.

The ball is in the US’ court.

Today, back to regional diplomacy in Istanbul, at the Ministerial Heart of Asia mtg, joining forces for peace & development in Afghanistan.#NeighborsFirst pic.twitter.com/dJw05JYM7X

Xiyue Wang, a US citizen, had been convicted of espionage in Iran - charges that he and US officials deny.

For his part, Masoud Soleimani had been charged with violating US sanctions against Iran after he was accused of attempting to acquire material related to stem cell research.

Both Wang and Soleimani were freed on 7 December in a deal brokered by Switzerland and welcomed by both Iranian and US leaders.

"Thank you to Iran on a very fair negotiation," Donald Trump wrote on Twitter after the swap. "See, we can make a deal together!"

Last year, the US withdrew from a multilateral agreement that saw Iran curb its nuclear programme in exchange for the lifting of international sanctions against its economy.

Since then, Washington has imposed a series of sanctions against various Iranian industries and individuals as a part of its "maximum pressure" campaign against Tehran.

Iran has rejected American calls for talks about its nuclear programme, stressing that the US must return to the nuclear accord before any comprehensive negotiations can begin.

The prisoner exchange represents a minor diplomatic breakthrough between the Iranian government and the Trump administration, which considers Iran to be the world's "top state sponsor of terrorism".

With Wang's release, at least five US citizens remain imprisoned in Iran, including Iranian-American businessman Siamak Namazi and his 82-year-old father, Baquer Namazi. 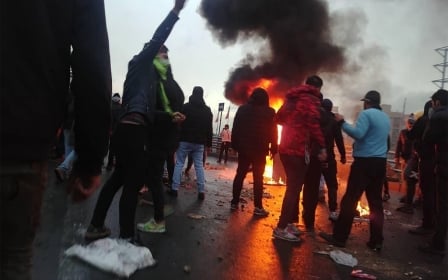