Discussions in Vienna would be most significant progress in years towards reviving nuclear deal, with initial US participation from sidelines 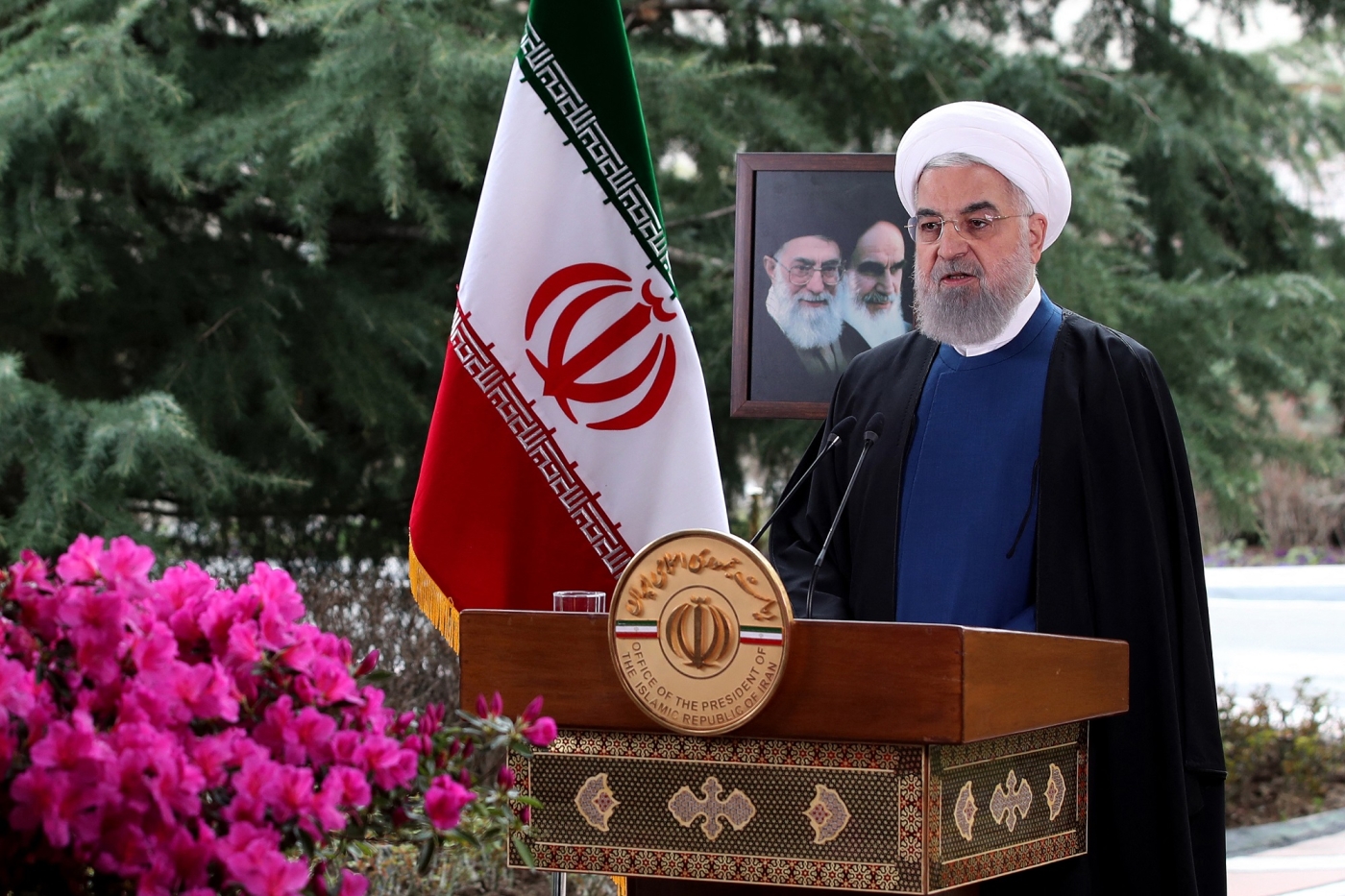 The United States and Iran will conduct indirect negotiations on the 2015 nuclear deal in Vienna next week, a commission that oversees the accord said on Friday.

The multilateral Joint Commission for the Iran deal said that parties to the agreement will hold talks involving the United States in the Austrian capital, to address Washington's return to the accord.

"Participants agreed to resume this session of the Joint Commission in Vienna next week, in order to clearly identify sanctions lifting and nuclear implementation measures, including through convening meetings of the relevant expert groups," the Joint Commission said in a statement.

"In this context, the coordinator will also intensify separate contacts in Vienna with all JCPOA [Joint Comprehensive Plan of Action] participants and the United States."

Participants in the Iran nuclear deal include the UK, France, Russia, China and Germany. The United States withdrew from the agreement in 2018.

US State Department deputy spokesperson Jalina Porter calls next week's Iran talks in Vienna a "healthy first step forward." Sanctions relief from the US and the Iranian steps needed to return to the deal will be "up for discussion" at the meetings, she told reporters on Friday.

"The goal is obviously a mutual return to compliance with the JCPOA," she said, but she declined to comment on the specifics of the talks or who will be representing Washington in the negotiations.

Media reports, including by Reuters and the New York Times, cited US officials as saying that Tehran and Washington will hold in-person but indirect talks in Vienna through intermediaries next week.

The Joint Comprehensive Plan of Action saw Iran scale back its nuclear programme in exchange for the lifting of sanctions against its economy.

After leaving the agreement in 2018, former US President Donald Trump started piling sanctions on Iranian banks, industries and businesses as part of his maximum pressure campaign.

Tehran responded by loosening its commitments to the deal and enriching uranium beyond the limits set by the agreement.

President Joe Biden has said that he intends to bring Washington back into the pact, but more than two months into his tenure, Washington and Tehran remain at an impasse on how to revive the accord.

Iran says sanctions must be lifted unconditionally, promising that it would return to compliance once it is granted sanctions relief.

'The parties should be commended for their renewed flexibility and urgency'

Washington initially insisted that Tehran must return to adhering to the limits of the deal before the sanctions are lifted. But in recent weeks, US officials have been calling for talks to negotiate mutual and gradual compliance with the accord.

"We can play games about who goes first. I think anyone who's dealt with this knows that neither side is going to go first entirely," US envoy for Iran Rob Malley said last month.

Iranian Foreign Minister Mohammad Javad Zarif also signalled an openness to an approach of a gradual return to the accord earlier this week.

Zarif confirmed next week's talks to revive the deal, but he appeared to rule out direct negotiations with Washington.

"At virtual JCPOA JC meeting, Iran & EU/E3+2 agreed to resume in-person talks in Vienna next Tues," he wrote on Twitter on Friday.

On Friday, a US official told the Times that Washington will not seek to keep some sanctions as leverage, affirming the administration's commitment to fully return to the agreement.

On Friday, advocates for diplomacy between the US and Iran applauded the incoming talks.

The National Iranian American Council (NIAC), a Washington-based advocacy group, welcomed the potential breakthrough, calling it a "critical opportunity" to revive the agreement.

"The convening of the Joint Commission, with the US participating on the sidelines, is the most significant development in US-Iran negotiations since the initiation of President Trump’s failed maximum pressure approach," NIAC president Jamal Abdi said in a statement.

"It comes after a new and more productive stance from the Biden administration, in which US officials repeatedly emphasized flexibility and their interest in a synchronized return to the deal. The parties should be commended for their renewed flexibility and urgency, and for putting the ultimate goal - a restoration of the full deal - ahead of limited confidence-building steps that had led nowhere."

The talks come ahead of the Iranian presidential election on 18 June, a date that supporters of the deal fear could be a deadline for reviving the agreement, with President Hassan Rouhani - a former nuclear negotiator who is seen as pro-diplomacy - set to leave office because of term limits.

In Washington, Biden has been facing calls from Iran hawks, including some members of his own Democratic Party, to expand the nuclear deal to address Iran's ballistic missile programme and regional activities.

Tehran has ruled out amending the deal, insisting that it will not negotiate over what it calls its defence strategy, as Iranian officials accuse the United States of militarising the region with enormous arms deals to Saudi Arabia and the United Arab Emirates.

Republican Senator Tom Cotton, a vocal critic of the Iran deal since 2015, was quick to denounce next week's talks

"Two months in, the Biden administration is so desperate to get back to a broken deal that they’re giving up all their leverage and offering concession after humiliating concession," Cotton wrote on Twitter.

Last week, 43 senators, including 14 Democrats, signed a letter urging the administration to adopt policies that would prevent Iran from obtaining a nuclear weapon and constrain Tehran's "destabilizing activity throughout the Middle East and its ballistic missile program".

The letter, backed by the pro-Israel lobby AIPAC, was led by senators Bob Menendez, the chair of the Foreign Relations Committee, and Lindsey Graham, a staunch Trump ally.

The Biden administration says it would like to make the deal longer and stronger after reviving it, and then use it as a platform to address other issues with Iran. Media
Iranian press review: Tehran to increase uranium extraction as it steps back from nuclear deal