At least 28 reported killed in capital after Sadr says he is withdrawing from politics, sparking wild demonstrations by his supporters 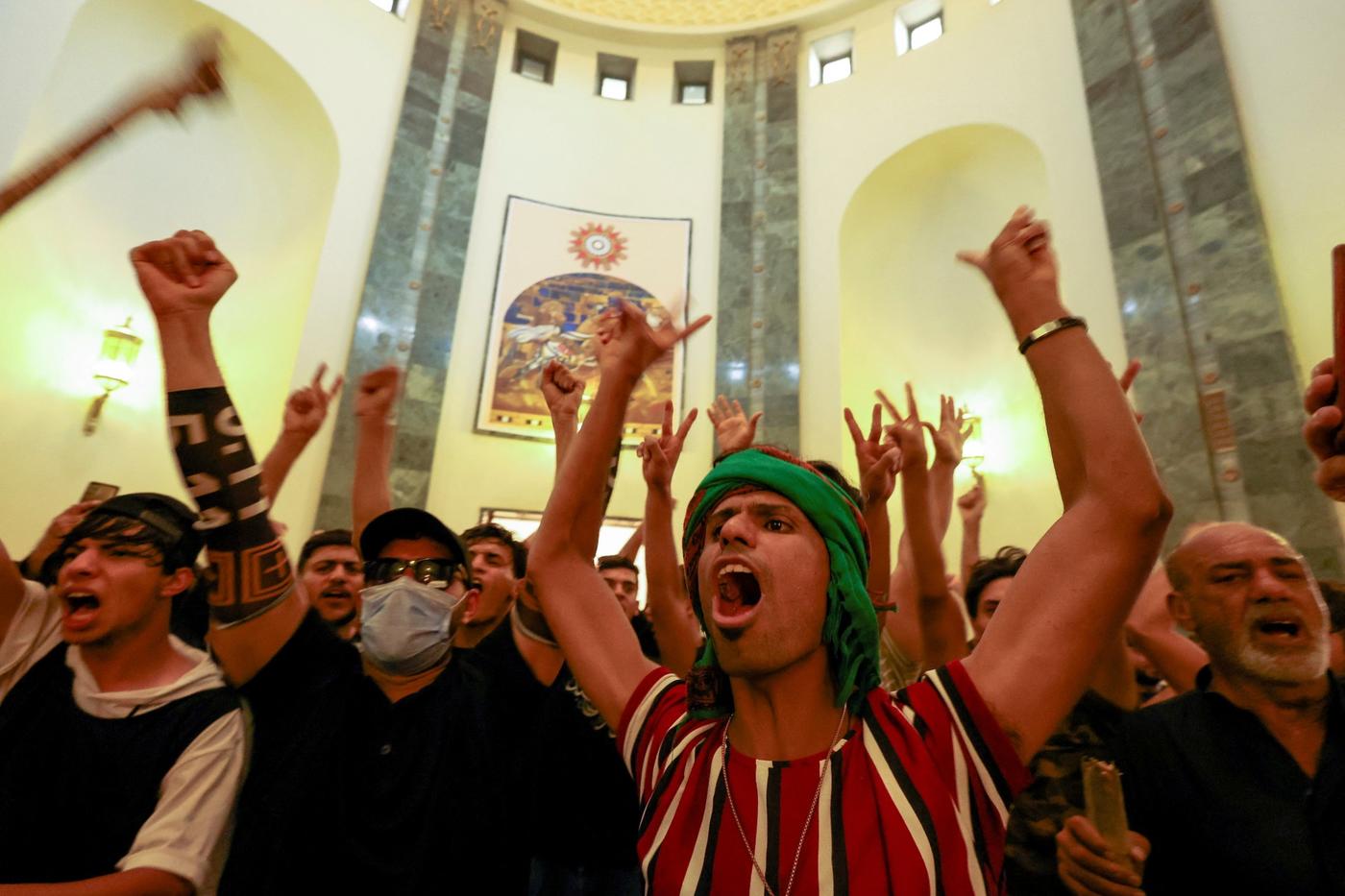 Protests sparked by Muqtada al-Sadr's withdrawal from politics on Monday descended into deadly chaos, as clashes in Baghdad spread across southern Iraq and left at least 28 dead.

Fighting in the Iraqi capital around the fortified Green Zone was continuing on Tuesday, as gunfire and explosions rang out over the city.

Yet it wasn't always clear who was fighting who. Sadr's Saraya al-Salam faction claimed to be fighting both Iran-backed paramilitaries and federal Special Division forces, though military sources told Middle East Eye the Hashd al-Shaabi paramilitary groups were holding back.

Military sources within the Green Zone told Middle East Eye on Tuesday that 28 protesters had been killed in Baghdad and 750 injured. Federal police forces were among the wounded, including the police chief.

The chaos began on Monday morning, when influential Shia cleric Sadr announced he was withdrawing from politics. Sadr, who has seen his attempts to form a government thwarted by his Iran-backed rivals after emerging victorious from last October's elections, has made the claim several times before.

Nevertheless, his supporters, many of whom were already holding a sit-in protest outside parliament in Baghdad's Green Zone demanding fresh elections, began storming government buildings.

Confrontations with security forces began soon after, and though they were ordered not to use live fire by Prime Minister Mustafa al-Kadhimi, a Sadr ally, reports of Sadrist causalities began to circulate.

By nightfall, the Green Zone was under heavy fire. Convoys of Sadr's Saraya al-Salam fighters headed to the district, fanning out down the road extending from al-Jumhuriya Bridge to the Green Zone.

Automatic rifles, rocket-propelled grenades, vehicle-mounted guns and mortars were fired at the Green Zone, and later it appeared rockets were too. In the confusion, it wasn't always clear who was doing the firing.

A commander of Sadr's Saraya al-Salam armed faction told Middle East Eye that Sadrist protesters were trapped in a crossfire in the Green Zone.

"We have hundreds of protesters trapped inside. These people did not leave their positions and were caught between the fire from both sides," he said.

"We are trying to secure them. We will not stop until our opponents surrender. They refuse to surrender and neither will we."

Locked down by curfew and frightened to step outside, Baghdad residents spent the night nervously hoping calm would be restored.

Sadr himself said he was going on hunger strike until fighting ended, while Hadi al-Ameri, head of the Iran-backed Badr Organisation, also appealed for calm.

Lawyer Marwa Abdel Ridha was in despair. "I spent the past hours crying. Anyone with a conscience would be saddened by the killing of these young men," she told MEE.

"How is it everyone's fault to be used as fuel for battles in which they have no control? I don't know when we will rest and when this torment will end."

Ali Ahmed, a pharmacist also in the Iraqi capital, said: "Iraqis are used to wars and fighting. What I feel now is more than fear. It is a real bitterness.

'Why all this fighting? Everyone is corrupt and innocent people are the victims and they pay the price every time'

"Why all this fighting? Everyone is corrupt, and innocent people are the victims and they pay the price every time. Isn't there a sane person to stop this bleeding?" he asked.

It didn't take long until the discord spread south to Shia-majority provinces where both Sadr and his Iranian-backed rivals enjoy huge support.

The headquarters of many pro-Iran armed factions, including Asaib Ahl al-Haq and Kataeb Hezbollah, were torched, targeted with mortar bombs or simply shot at in Baghdad, Diwaniyah and Basra.

They also reportedly did the same in the Wasit and Maysan governorates, as well as the cities of Nasiriyah and Hillah. Graffiti adorning the Maysan governorate building appeared to read "closed by the order of the people".

In Basra, Sadrist demonstrators burned tyres and set up roadblocks. 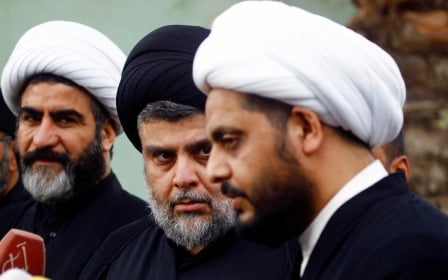