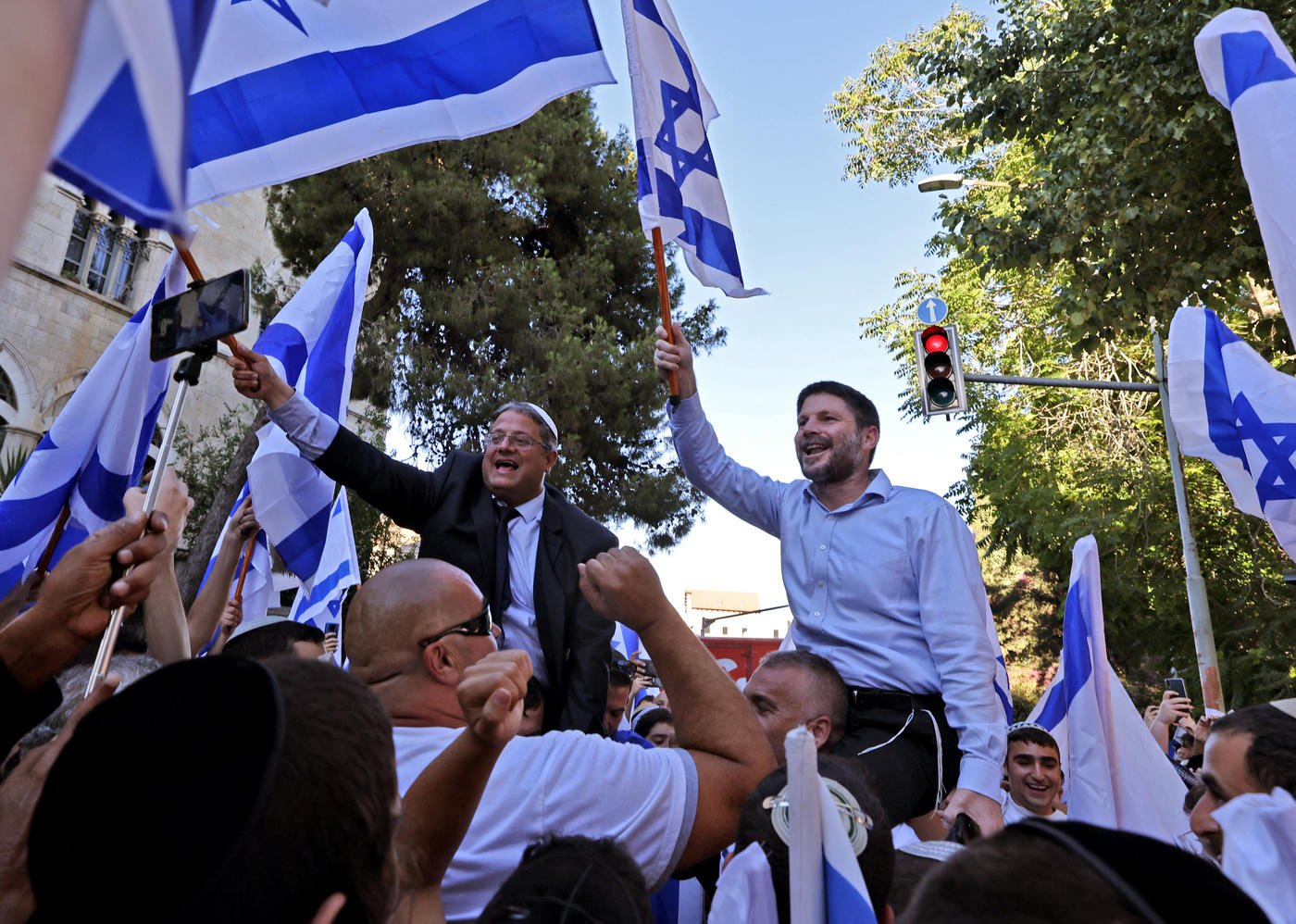 Far-right settlers raided the home of a prominent Palestinian activist in the Sheikh Jarrah neighbourhood of Jerusalem on Tuesday, according to a local news agency.

The Quds News Agency reported that Bezalel Smotrich, a far-right member of the Knesset, was among a group of Israeli settlers who entered the Sheikh Jarrah neighbourhood and threatened a number of families with expulsion.

One of the house owners, Saleh Diab, told the agency that settlers - escorted by Israeli security services - tried to storm three houses belonging to his family, as well as the Kurd and Qasem families.

He said the owners of the houses tried to respond with physical force.

Mohammed el-Kurd, a prominent Palestinian activist, tweeted that the director of Nahalat Shimon, a US-based pro-settler organisation, had "invaded" his home.

"Tell me again how this is a 'real estate dispute' and not systemic colonisation," he wrote.

The incident came a day after more than 20 Palestinians were injured on Monday evening during a raid by Israeli forces on the neighbourhood.

Palestinian residents of Sheikh Jarrah are facing forcible expulsion to make way for Israeli settlers to take over their houses.

The area has become a focal point for protests and sit-in solidarity activities, drawing in Palestinian and anti-occupation Israeli and international activists in support of Sheikh Jarrah's residents. 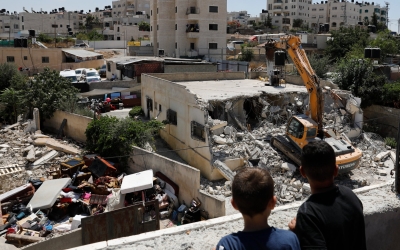 The Palestinian Red Crescent said on Monday that 21 people had been injured in the area, 13 from inhaling tear gas, three from being pepper-sprayed and two from being hit by rubber-coated metal bullets fired by Israeli forces.

The organisation said two people had sustained injuries from being beaten, while an elderly man was hospitalised following a head injury.

The Palestinian Red Crescent said that settlers in Sheikh Jarrah threw stones at one of their ambulances, while Israeli forces sprayed another ambulance with skunk water.

Israeli police said that a settler sustained an injury in her back from a stone, Haaretz reported.

Kurd said on Twitter that the attacks were not isolated incidents.

"The whole damn system is made up of settlers. The politicians are settlers, the corporations are run by settlers. Settler judges. Laws written by settlers," he wrote. 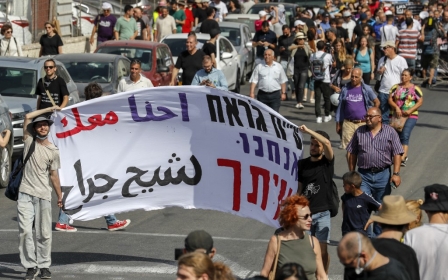