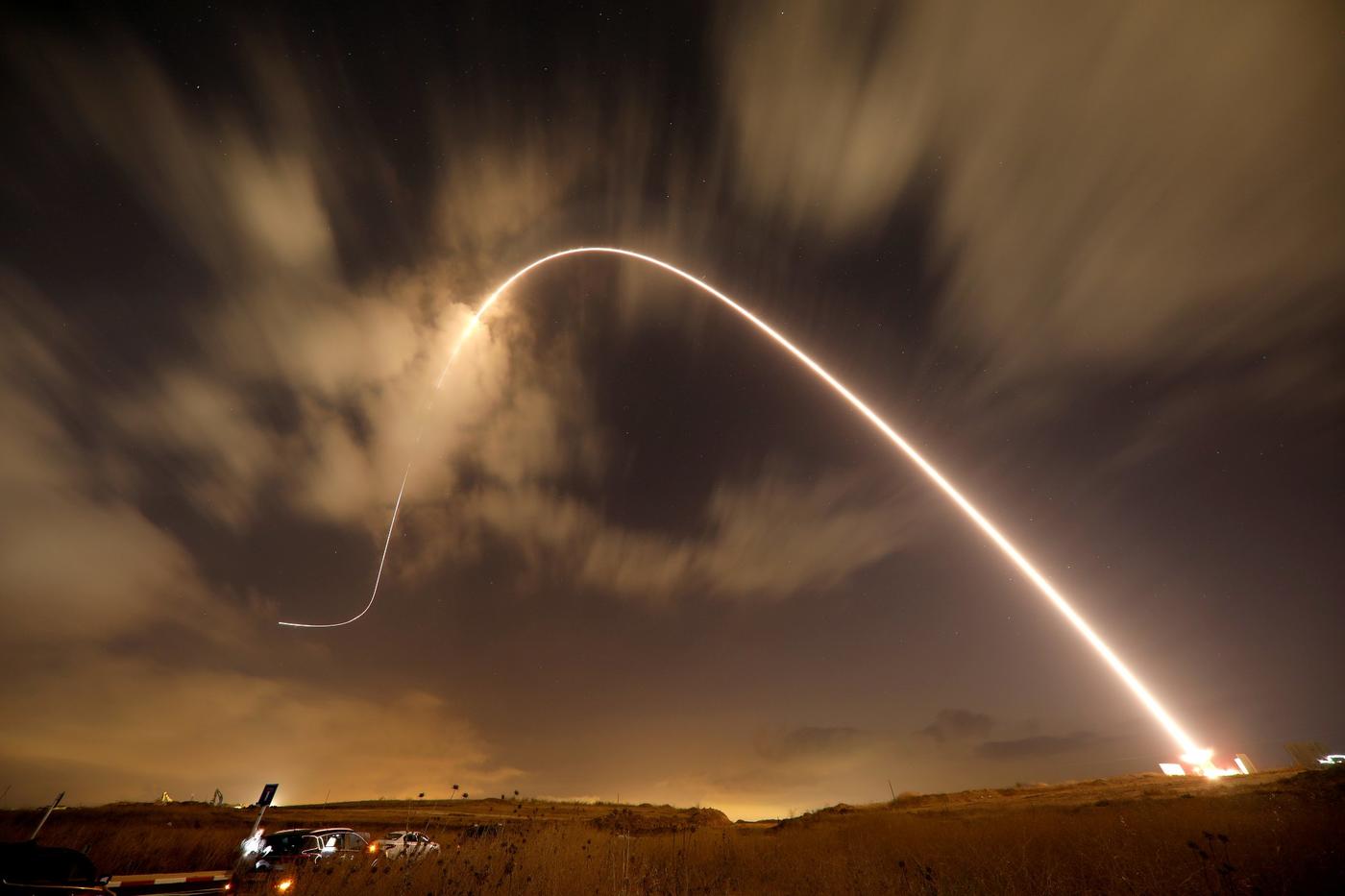 The Iron Dome anti-missile system fires an interceptor missile as rockets are launched from Gaza towards Israel near the southern city of Sderot (Reuters)
By
Adam Khalil
in
Gaza City, besieged Gaza Strip

In stark contrast to Israel, the Palestinian reaction to the International Criminal Court’s (ICC) decision that it has jurisdiction in the occupied territories has been one of jubilation.

Suspected Israeli war crimes and abuses in the besieged Gaza Strip and occupied West Bank and East Jerusalem will now be investigated by the ICC’s prosecutor.

Benjamin Netanyahu, Israel’s prime minister, said on 5 February that the ICC decision and investigation is “antisemitic” for targeting his country.

But Israel is not the only party the ICC has earmarked for the probe. Hamas, the Palestinian movement that rules Gaza, will also be investigated as the ICC looks into, in particular, Israel’s 2014 war on the coastal enclave and its deadly crackdown on the 2018 Great March of Return protests.

Israel certainly has much more to be concerned about. Over seven weeks in 2014, the Israeli military killed more than 2,100 Palestinians, the vast majority civilians. Casualties on the Israeli side stood at 66 soldiers and seven civilians. Meanwhile, at least 190 Palestinians, again the vast majority civilians, were killed by Israeli forces cracking down on weekly protests along Gaza’s frontier in 2018, and thousands injured. The death toll peaked on 14 May – the day the US opened its embassy in Jerusalem – when 68 people were fatally shot.

As for Hamas and other Palestinian factions such as Islamic Jihad, ICC prosecutor Fatou Bensouda submitted a report to the court last year identifying violations over the use of indiscriminate rockets in targeting Israeli civilian gatherings, the use of Palestinian civilians as human shields, and the killing of people accused of spying for Israel.

Hamas, which welcomed the ICC’s jurisdiction decision "without reservation", said it was not afraid to be investigated. "Palestinian resistance to the occupation is legitimate and in line with international law," it said.

Raafat Morra, head of the Hamas media department, told Middle East Eye: "The Palestinian approach to the International Criminal Court comes within the steps of the legitimate Palestinian struggle by all means, to defend rights and confront the occupation in all fields."

Morra said Hamas is confident that it is protected from prosecution as Israel is the aggressor and occupying power.

“The Palestinians did not commit crimes in violation of the law, but rather defended their land and themselves, and the right to resist the occupation is guaranteed by international laws.”

Muhammad al-Nahal, head of the Hamas-run Gaza justice ministry, told MEE it was a shame the Palestinian factions were being brought into the investigation, and complained that the nature of the law means everyone is regarded as equal, regardless of circumstances.

“It equates the victim and the executioner, targeting the Palestinians who defend themselves by simple means, facing Israel with its advanced military arsenal,” he said.

But Nahal believes that "there is no Palestinian fear of the path of pleadings and investigations", noting that Hamas has taken steps to engage in conflict with Israel in a way that respects international law, pointing to a 2014 statement calling on Israelis to avoid large gatherings in stadiums while rockets were fired from Gaza.

However, international law expert Ihsan Adel believes the ICC’s decision has "consequences on the Palestinian side", citing concerns over rocket fire and allegations of using civilians as human shields.

Adel, who lives in London, said that in principle there are risks to the Palestinian factions, most notably Hamas, and that it could lead to the issuance of arrest warrants.

However, he believes that these risks remain "limited" because of several considerations, the most important of which is that the court takes into account the "principle of gravity" in its investigations. He noted the far higher death toll Israel is responsible for, and its overwhelming power.

"What is required from the Palestinians now is to be well prepared in terms of documentation and gathering data and evidence about Israeli crimes, as well as refuting any charges that may be directed against the Palestinian factions," he said.

'What is required from the Palestinians now is to be well prepared in terms of documentation and gathering data and evidence about Israeli crimes, as well as refuting any charges that may be directed against the Palestinian factions'

Salah Abdel Ati, president of the International Organization for Supporting the Rights of the Palestinian People (Hashd), believes the Palestinian factions have nothing to worry about.

"The resistance is legitimate, and there is no match in force with the occupation, which has an advanced military arsenal and fortifications that protect its citizens, in exchange for primitive weapons for the resistance, and modest infrastructure," he said.

"The occupation is the root of the problem, and for the occupation to end, there will be no justification for any actions that require a criminal investigation."

He sees the ICC investigation as the beginning of a long process that is sure to face many obstacles.

"The road to real justice is still long, because the International Criminal Court will face political pressure to discourage it from performing its work, which requires great and hard work on our part as Palestinians," Abdel Ati said.

Israeli allies such as the US and Australia have already decried the ICC’s ruling over jurisdiction, prompting the West Bank-based Palestinian Authority to say on Sunday: "Australia and other countries are trying to politicise the work of the International Criminal Court and pressure it.”

Bensouda has already been targeted with US sanctions, though those date from the Trump era and may be overturned under the Biden administration.

"The court and the public prosecutor's office are facing a major challenge, and as far as the Palestinian issue is concerned, it is defending itself, its legitimacy and its existence," Abdel Ati said.

“The international courts have long and complicated procedures,” he said, adding that “obstacles and harassment” will impede the process.

Abrash noted that the Palestinian factions will have to begin “preparing files and documents and appointing lawyers familiar with litigation before international courts” for their defence.

But essentially, he added, this was a moment that Palestinian officials and civil society activists, of all affiliations, had worked hard to reach. 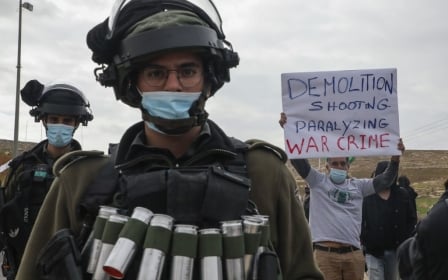 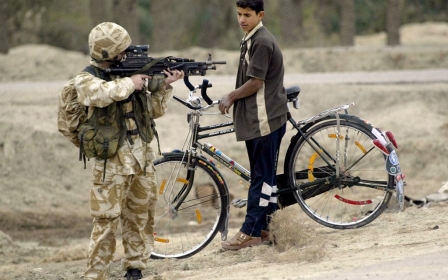 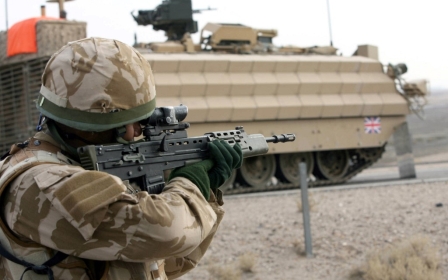