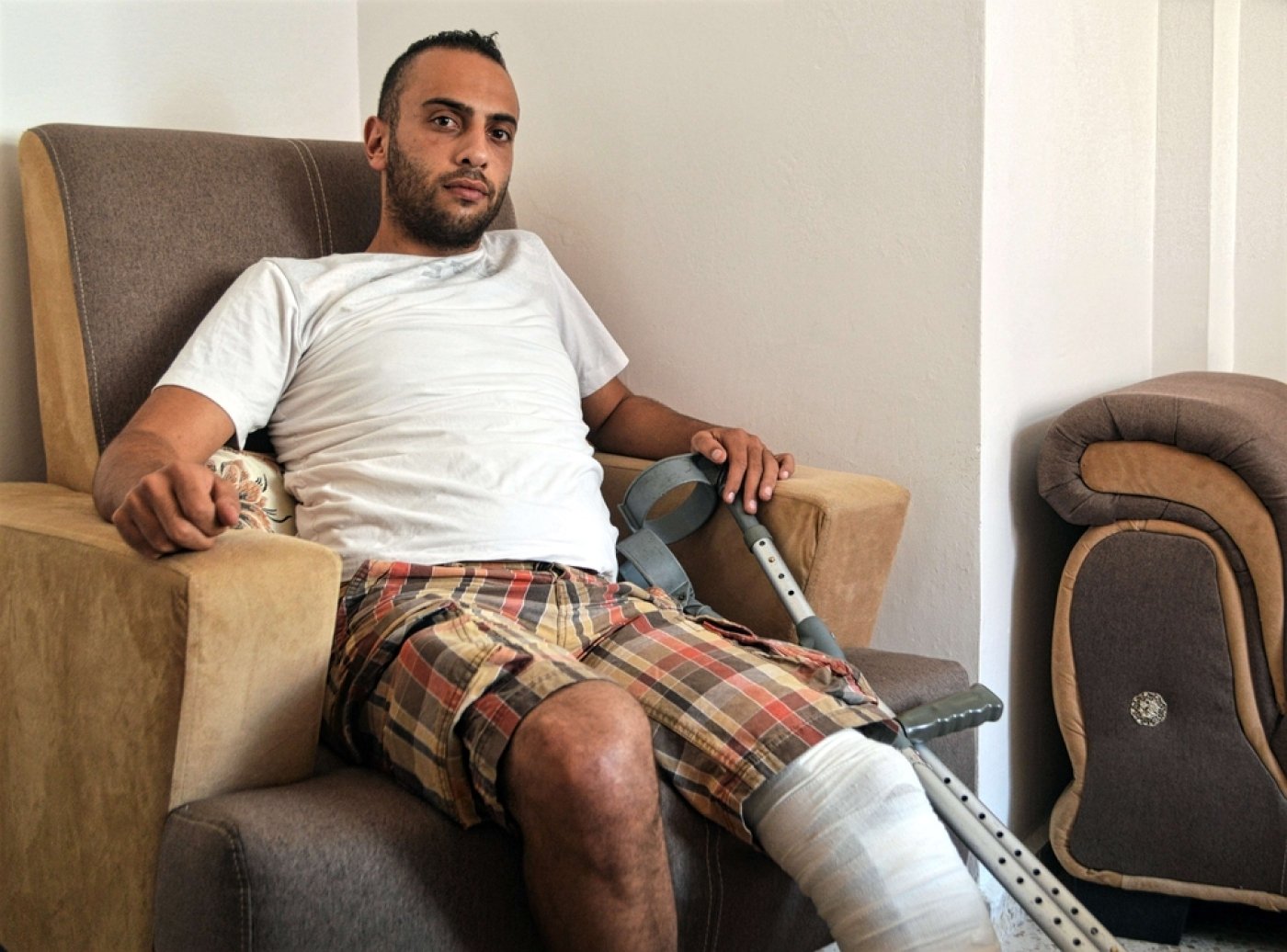 Mahmoud, who was shot in December, says he is yet to receive proper treatment in the West Bank (MEE)
By
Sheren Khalel
, Lily Leach

DHEISHA REFUGEE CAMP, Occupied West Bank - Mahmoud limps into his family living room, bandages wrapped around his left leg from knee to ankle. He sits, puts aside his crutches and lays out his phone, a pack of cigarettes, two rolls of bandages and some painkillers on the table.

Although Mahmoud was shot in December, doctors in the occupied West Bank have not been able to properly treat the open wound beneath the bandages.

“The pain has never stopped,” Mahmoud said from his home in Dheisha refugee camp. “For the past nine months I have barely left the house, just for doctors appointments. But now the doctors here say they can’t help me.”

Mahmoud’s story has been repeated across the Bethlehem district, where at least 83 Palestinian youths have been shot by Israeli forces since the start of the year. At least 30 of the 83 were shot in Dheisha during Israeli raids, and most were shot in the legs or knees, according to a report released by BADIL Resource Center.

BADIL said the occupied West Bank, particularly Bethlehem, has seen an increase in the “systematic targeting of Palestinians,” with many wounded since the start of the year.

The Israeli army’s rules of engagement are vague, although it is frequently reported that a minimum use of force is required to “neutralise” a situation, which may refer to wounding or to lethal force.

What it means in the field has become a topic of heated debate, as Israeli forces continue to receive international condemnation for their unwarranted use of live fire, which often causes permanent injuries and death.

In response to a request for comment regarding when use of force is warranted with intention to injure, an Israeli army spokesperson said Israeli forces have “clear rules of engagement as to when the use of force can be applied. The value of human life is a core guiding value to the IDF [Israel Defense Forces] and is implemented in both planning and operational activities.” It did not expand on what exactly its rules are.

Dheisha camp, home to more than 15,000 Palestinian refugees, is raided by Israeli forces on a near-weekly basis. Violent clashes often break out that regularly test Israel’s rules of engagement.

Dheisha’s youth say Israeli forces have recently begun shooting them in the legs in a purposeful attempt to cripple those who clash with Israeli forces in the camp.

According to the BADIL report, on the three occasions that Israeli forces raided the camp between the end of July and mid-August, “18 youth aged between 14 and 27 were shot in their legs,” eight directly in a knee and several more in both legs.

Mahmoud and several others told Middle East Eye that they believe the increase in leg wounds is the result of a deliberate campaign being led by an Israeli military commander known only as “Captain Nidal” - a pseudonym for a man of Jewish Israeli descent, reportedly in charge of Israel’s military activities within Bethlehem’s three refugee camps.

'''Captain Nidal' is the worst of them all. Everyone in Bethlehem knows about him"

"'Captain Nidal' is the worst of them all,” Mahmoud said. “Everyone in Bethlehem knows about him, and anyone who has been to prison from Bethlehem has met him.”

Last month, youths in the camp managed to take a grainy photo of “Captain Nidal” during an Israeli raid. They printed it on a banner they hung in the camp, which read: “Welcome to hell, Captain Nidal. Your soldiers will be in the cemetery.”

Residents said that the poster was taken down by Israeli forces the next day, sparking a crackdown on the camp by the “Captain,” who, they said, made several verbal threats against local youth.

Youths in the camp told BADIL that "Captain Nidal" told them: “I will cripple half of you and let the other half push your wheelchairs.”

Soon, group photos of smiling Dheisha youth lined up on crutches, wheelchairs, and knee bandages began appearing on social media pages. Some were shared with the slogan: “Campaign Crutches.”

The Israel Securities Agency did not respond to MEE's request for comment on allegations of threats made by “Captain Nidal". It did, however, reply to an article by Haaretz on the same issue, saying: “Within the framework of the activities of security services officers to preserve the security of the region and protect residents from terrorist threats, they maintain ongoing daily dialogue with local residents. The claims raised in your article have been examined and found to be baseless.”

One young man, who asked to go by only his first name, which also happens to be Nidal, told MEE that he was shot in the leg almost two years ago during "Captain Nidal’s" first week in command of military activities in Bethlehem's camps.

Despite undergoing surgery on nine occasions, Nidal has still not completely recovered from being shot. He still walks with crutches

“It was clear from the beginning that 'Captain Nidal' wanted to be the first captain to ‘win’ in the camp," the young Palestinian said. "He wanted to be the first one to break us down, so that they could enter the camp easily." He said that, even now, Israeli forces are unable to enter Dheisha refugee camp without Palestinian youths throwing rocks at soldiers in protest.

Despite undergoing surgery on nine occasions, Nidal has still not completely recovered from being shot. He still walks with crutches.

Because of the increasing number of wounded over the past several months, Nidal, Mahmoud and several of their friends decided to initiate a campaign to support those who have been wounded, helping them to cope with the daily trauma that is becoming the new normal in the camp.

While the campaign’s emergence is first and foremost a reflection of Israel’s escalation of live fire on the camp youth, it also shines a spotlight on the Palestinian Authority's inability to cope with the effects of what they suspect to be the policy of "Captain Nidal" in terms of fending off attacks and providing adequate medical support as well.

“The doctors are not well trained, and they don’t have the right equipment and medicines to treat the kids who get shot," Nidal said. "It becomes so complicated to figure out what office to go to for medical bills or to be approved for certain surgeries.

"The bureaucracy is so complicated that a lot of time is devoted to just receiving crutches from the hospitals because there aren’t enough to go around.”

Nidal said that his past two years of recovery have been marked not only by the pain of his wound but also by the frustration of fighting for appropriate medical care.

“Lately, there have been a lot more gunshot wounds, and my friends and I who have already been through this process got to talking about what we could do to help them, so we decided to start a solidarity group for logistical and psychological support to help others through the healing process,” he said. 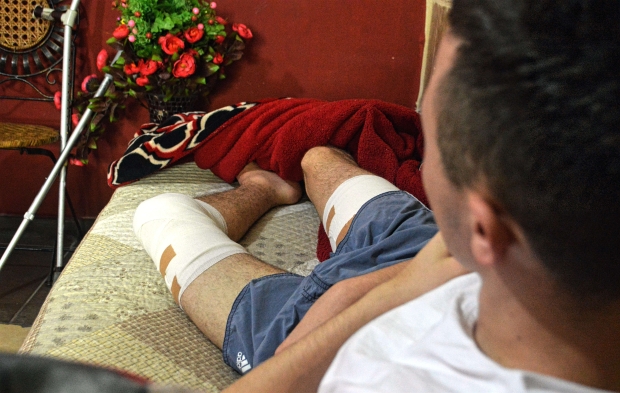 While the group was started only about three weeks ago, it has already made a world of difference to Moyad, a 19-year-old shot on 9 August. He was hit in the femoral artery of his left thigh during an Israeli night raid on the camp.

Moyad was rushed to the hospital in a taxi and fell into a coma for seven days. Ten days after he awoke, the hospital still hadn’t received payment from his family or from the Palestinian Authority (PA), which is responsible for 50 percent of private hospital bills for those wounded by Israeli forces.

The hospital told him to leave, but Moyad, who was due to undergo another surgery the next day, refused. When PA police arrived at the hospital to force him from his hospital bed, Moyad called Nidal, the head of the burgeoning solidarity campaign. He ultimately managed to convince the hospital to perform the surgery and allow Moyad to stay through to the rest of his treatment.

“The guys saved me,” Moyad said. “It felt good to know that the other guys in the camp were supporting me, that I didn’t just get wounded and that was it. We stick together, no matter what.

“I don't regret going outside that night. If I had to do it again, I would. It’s normal for us. We are protecting our home. These efforts to shoot all of us in our legs won’t work, because we are dedicated to our community.” 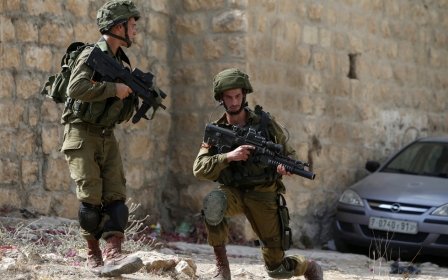 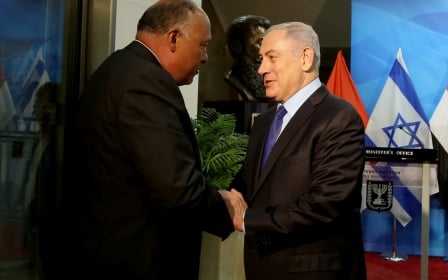 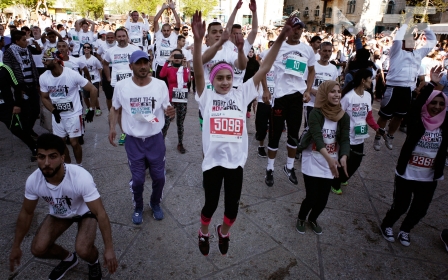