The grave of AG Mandelblit's father was vandalised amid Likud pressure. Meanwhile, the Israeli opposition is in disarray ahead of anticipated elections, and a far-right political figure integrates ruling party 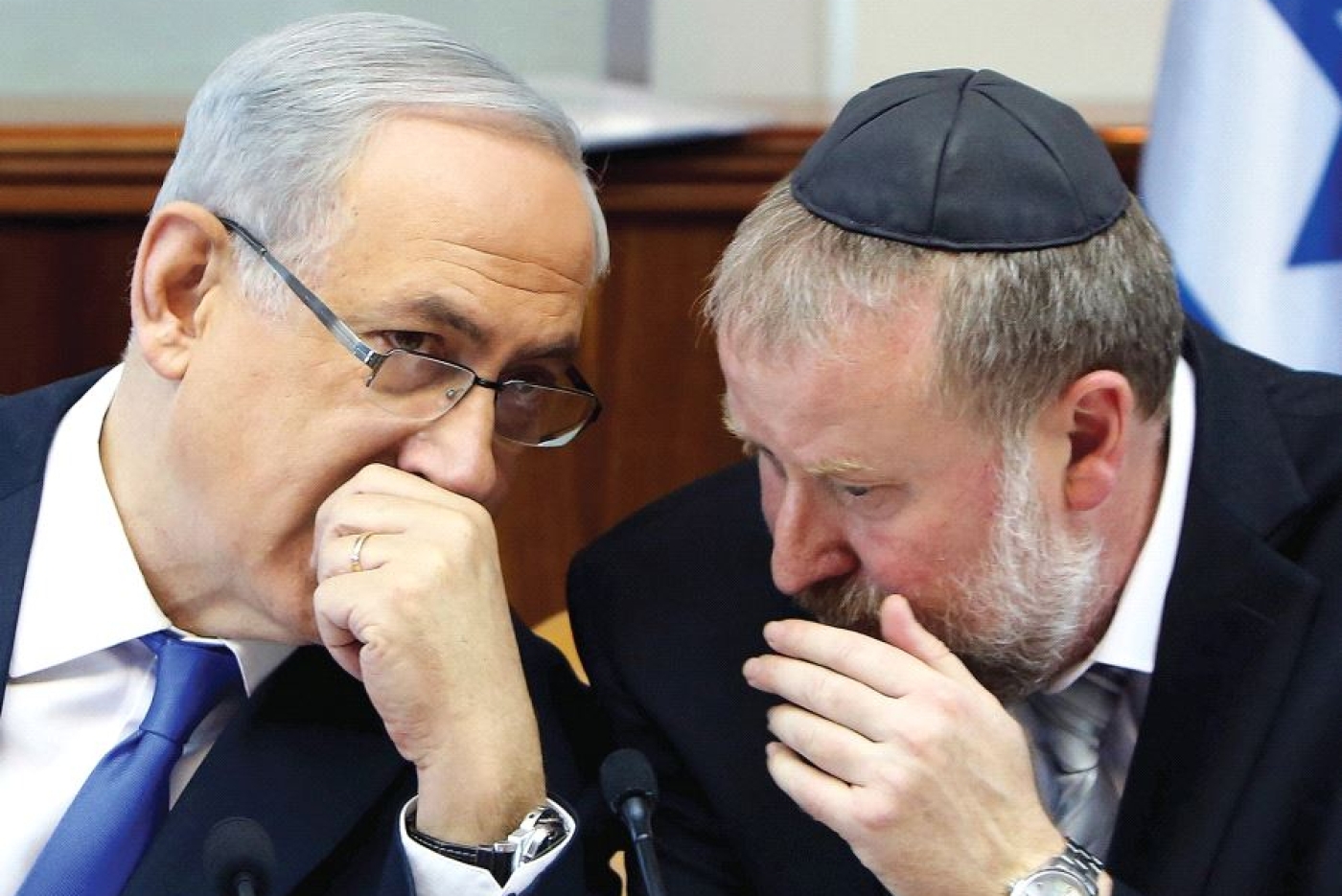 After a two-year investigation, Israeli state prosecutors last week recommended charging Netanyahu for corruption in two separate cases. In both cases, Netanyahu is alleged to have exerted his influence in order to solicit more favorable news coverage of himself and his wife Sara.

On Thursday morning, right-wing paper Israel Hayom attributed the alleged threat to Netanyahu himself, printing the subhead: “He [Netanyahu] threatened: If he will publicise his decision before the election, Mandelblit will be attacked mercilessly”. Later that morning, the paper altered the subheading, attributing the comment instead to sources in Netanyahu’s Likud party.

Mandelblit said that when he visited his father’s grave two weeks ago, he noticed that it had been damaged with a hammer or a similar weighty tool. No other graves in the cemetery seemed to have been damaged. The identity of the perpetrators remains unknown.

In September 2017, Netanyahu was accused of scripting the headlines of Israel Hayom, the popular tabloid owned by US casino magnate Sheldon Adelson. Netanyahu’s phone logs revealed that he often conversed with the paper’s publisher just before it ran headlines that mirrored the political messages Netanyahu sought to instill.

A far-right activist who began her political career in a fringe political party founded by the acolytes of notoriously far-right Rabbi Meir Kahane is running for a slot on the ruling Likud party list in the upcoming elections for Israeli parliament, Israel Channel 20 reported.

May Golan, infamous for her efforts to drive tens of thousands of non-Jewish African asylum-seekers out of Israel, told Channel 20 this week in a televised interview that she is vying for a place in the Israeli parliament with Prime Minister Benjamin Netanyahu’s party, currently holding the most seats in the Knesset.

“In the past year, the requests I receive – from activists, from lawmakers, from ministers, from people who meet me in the street and supermarket, and mainly on social media – they tell me: ‘Run for the Knesset. Represent us’,” Golan told the right-wing TV channel. “I decided to run in the primaries of the Likud party, the ruling party, for the upcoming elections.”

Golan and other Kahanist groups have been receiving funds from the same sources as Netanyahu’s Likud party for some time. In October 2017, an Israeli rights group revealed that Golan’s political action committee, “The Hebrew City”, received $65,000 from the Israeli Independence fund. Both that fund and the American Friends of the Likud party are headed by Netanyahu confidante Kenneth Abramowitz.

In the 1980s, Kahane’s Kach party was banned from running in Israeli elections on account of its eliminationist goals. The Likud party’s recent embrace of Golan, who has praised Kahane and who previously ran for Knesset with the Kahanist Strength for Israel party, marks a turning point in Israeli politics.

A poor showing by Israel’s Labor party in recent polls has led some of its lawmakers to consider abandoning the once-mighty bloc that ruled Israel for the first three decades after its founding, and instead run for office with the leftist Zionist Meretz party, Israel Channel 10 reported.

At least five Labor lawmakers - Yossi Yonah, Eitan Cabel, Miki Rosenthal, Nachman Shai, and Ayelet Verbin-Nahmias - met with Meretz party leader Tamar Zandberg on Wednesday to discuss the possibility of the parliamentarians switching their allegiances and running on the Meretz slate in the upcoming Knesset elections.

Meretz’s list of candidates will in any case need to be modified, because one of the six seats it holds in the current Knesset is filled by Mossi Raz, who, according to internal party regulations, may not serve an additional term as a Meretz MK. On Sunday, a vote over whether to change the rules in order to allow Raz to run again fell three percent shy of the 60 percent support required to pass.

To firm up his party’s standing in the polls, Labor leader Avi Gabbay held talks with former Israeli army chief Benny Gantz, reportedly offering him the top slot of the Zionist Union list he heads, but the dark horse candidate refused his offer.

The deputy leader of the Zionist Union list, HaTnuah chair Tzipi Livni, reportedly held her own talks with Gantz to explore the possibility of joining her faction to his in this run for parliament, leaving Gabbay’s Labor party on its own.

Gantz, however, has instead chosen to launch his own party.