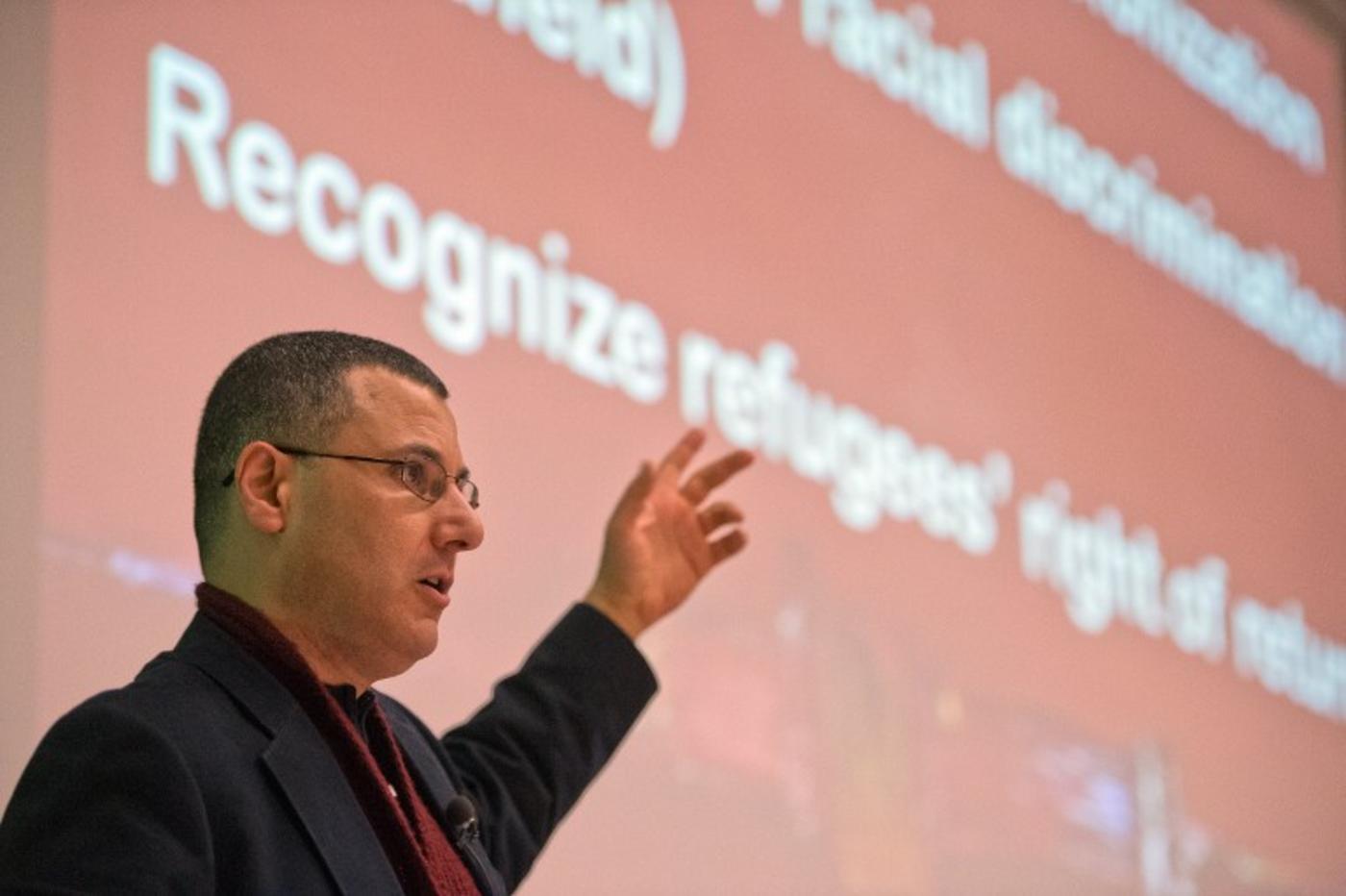 Barghouti was born in Qatar, and grew up in Egypt, before settling in the coastal city of Acre inside Israel in 1993, when he married a Palestinian citizen of Israel (AFP)
By
MEE staff

Israel’s Interior Minister Aryeh Deri is seeking to revoke the permanent residency of Omar Barghouti, the co-founder of the pro-Palestinian Boycott, Divestment and Sanctions (BDS) movement.

Deri, who was born in Morocco and moved to Israel to become leader of the ultra-orthodox Shas party, has sought a legal opinion from the Population and Immigration Authority in an attempt to expel the Palestinian academic and activist.

“This is a man who acts to harm the state, vilify it, and hence he must not enjoy the right to be a resident of Israel,” Deri tweeted about Barghouti on Sunday.

Barghouti was born in Qatar and grew up in Egypt, before settling in the coastal city of Acre in 1993, when he married a Palestinian citizen of Israel. He also has a master's and a PhD from the University of Tel Aviv.

Barghouti told Middle East Eye that he is seeking legal advice before making a public statement. This is not the first time that Israeli authorities tried to revoke his residency.

In 2016, MP Nava Boker called on Israel’s interior minister to annul Barghouti's residency, and two months later his travel document was not renewed by the immigration authority.

His movements were then restricted until April 2017, when an Israeli court ruled that his travel document should be renewed. Barghouti then visited the United States to recieve the Gandhi Peace Prize at Yale University.

Barghouti was denied a visa to enter the United States in April 2019, and his supporters say he has also been denied entry to the United Kingdom, where he was scheduled to speak at the Labour party's annual conference in Brighton last month.

The UK Home Office said he was not denied a visa, but that he had applied too late and permits are usually issued within a “standard 15 working days”.

However, Barghouti’s absence at the Labour conference was described as a “success” by the chief executive of the Israeli Strategic Affairs Ministry. Barghouti appeared via a video link at the conference.

Deri's move comes a few weeks after another Israeli MP, Keti Shitrit of the Likud party, called on the interior minister and Israel's Deputy Attorney General Dina Zilber to start the process of deporting Barghouti.

BDS was founded in 2005 “to end international support for Israel's oppression of Palestinians and pressure Israel to comply with international law”, according to its website.

Its call to boycott Israel has been heeded by many noteable artists and companies, with Israel's government cracking down and outlawing the movement as a result.