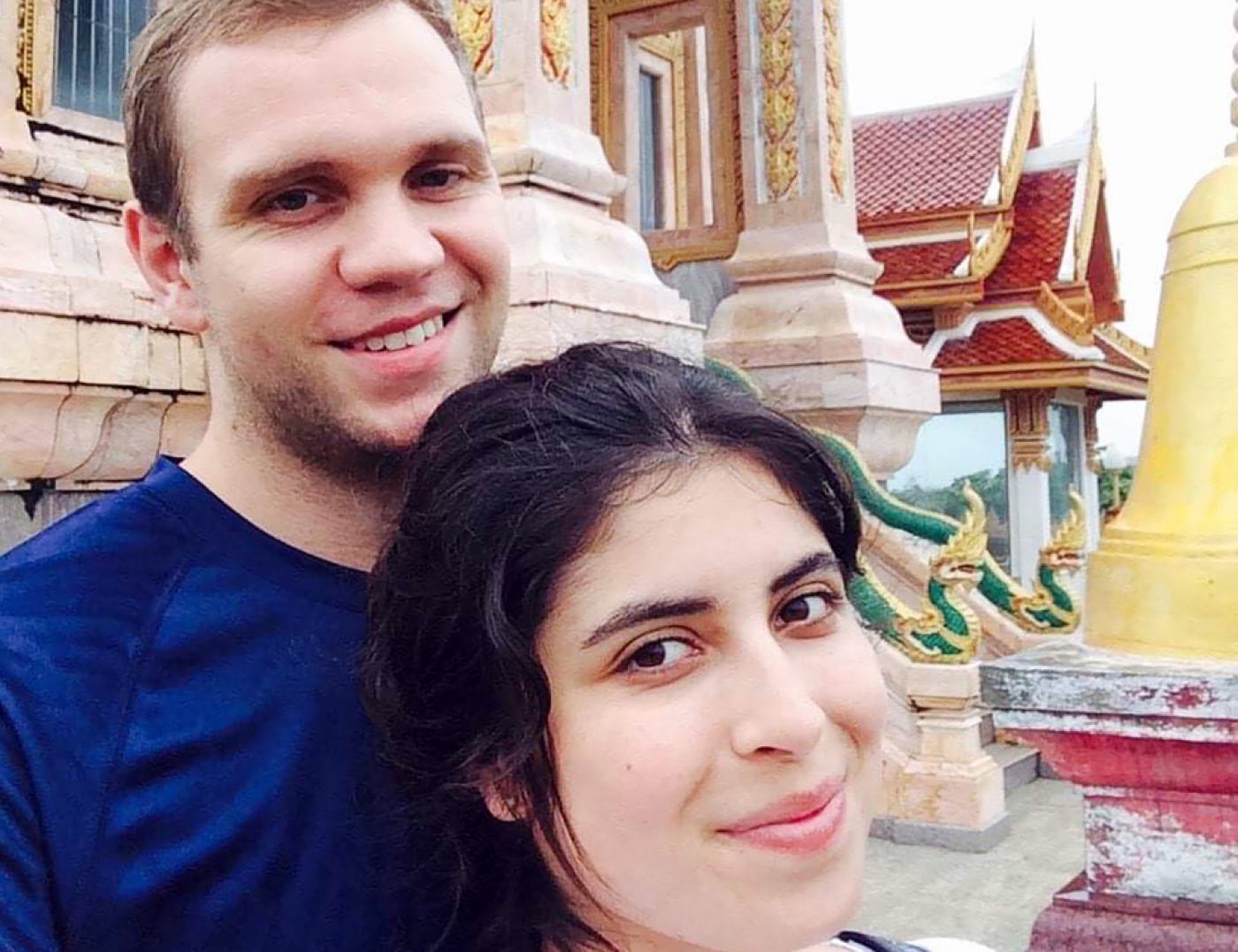 Matthew Hedges has arrived back in the UK after being released from what he described as a "surreal" six months in UAE detention.

On Monday, however, it was announced that he had been pardoned by the United Arab Emirates's President Khalifa bin Zayed al-Nahyan ahead of the country's National Day celebrations. He was released the same day.

In a statement released upon his return, Hedges thanked the British embassy in the United Arab Emirates, the UK Foreign Office and his wife Daniel Tejada, who had been the leading face for the campaign for his release.

"I don't know where to begin with thanking people for securing my release," Hedges said in the statement.

"I have not seen or read much of what has been written over the past few days but Dani tells me the support has been incredible.

"She is so brave and strong. Seeing her and my family after this ordeal is the best thing that could have happened," he added.

"I thank you all once again. This is very surreal."

Britain thanked its Gulf ally after Hedges was among more than 700 prisoners given a presidential pardon.

"I am so happy to have my Matt home," Tejada said on Tuesday.

"We are overjoyed and exhausted!

"Matt and I, as well as his family, really need some time to process everything that we have been through.

"No one should ever have to go through what he did and it will take him time to heal and recover. He is very overwhelmed. To say we are happy is an understatement."

Hedges, a 31-year-old researcher at Durham University, was detained while researching the UAE's foreign and internal security policies after the Arab Spring revolutions of 2011.

He was arrested on 5 May at Dubai airport.

The UAE's foreign ministry confirmed Hedges's pardon and said he was one of the 785 prisoners pardoned as a result of the country's National Day anniversary, which falls on 2 December.

However, minutes before the pardon was announced, a UAE government spokesman showed journalists a video of Hedges purporting to confess to belonging to Britain's secret intelligence service (MI6) and carrying out research into which military systems the UAE was buying. The UAE is a top buyer of British arms.

In the video, which was sometimes inaudible and shown with subtitles that could not be independently verified, Hedges appeared to say he approached sources as a doctoral student.

The spokesman, Jaber al-Lamki, said Hedges was "100 percent a secret service operative" and aimed "to steal the UAE's sensitive national secrets for his paymasters", but did not take questions on the case.

There is this dominant misconception that in the relationship between the UK and the Gulf states, especially Saudi Arabia and the UAE, the power lies with them and not us

Although the UK government had been accused of timidity on Hedges' case since his arrest in May, not least by Tejada, since the announcement of the life sentence the rhetoric escalated with Hunt warning that it could "have repercussions for the relationship between our two countries".

Hedges, 31, had said he was visiting the UAE as part of his PhD research, looking into the country's security strategy. He is not the first foreign national to be arrested in the UAE on accusations of spying or having links to outlawed organisations.

The Hedges' case raised concerns from activists and university workers that students working in the UAE - where many UK universities have campuses - may not be safe to operate.

University and Colleges Union (UCU) members at Birmingham University, which has a campus in Dubai, announced last week that they had voted not to accept any work there, stating they were "outraged at the sentence of Matthew Hedges and the university's refusal to address the serious issues we have raised regarding its campus in Dubai".

Wearing said that there needed to be continued pressure on universities and other institutions with connections to the UAE, despite Hedges' release.

"Western cultural institutions in particular, who have branches in these states, have to say to themselves ‘do we have academic freedom in these states?'" he said.

"In the UAE specifically, it's been demonstrated conclusively that legitimate academic activity, in its fullest scope, is not possible."