The Biden campaign released a platform addressing domestic and foreign policy issues that affect Arab Americans; here's what's in it 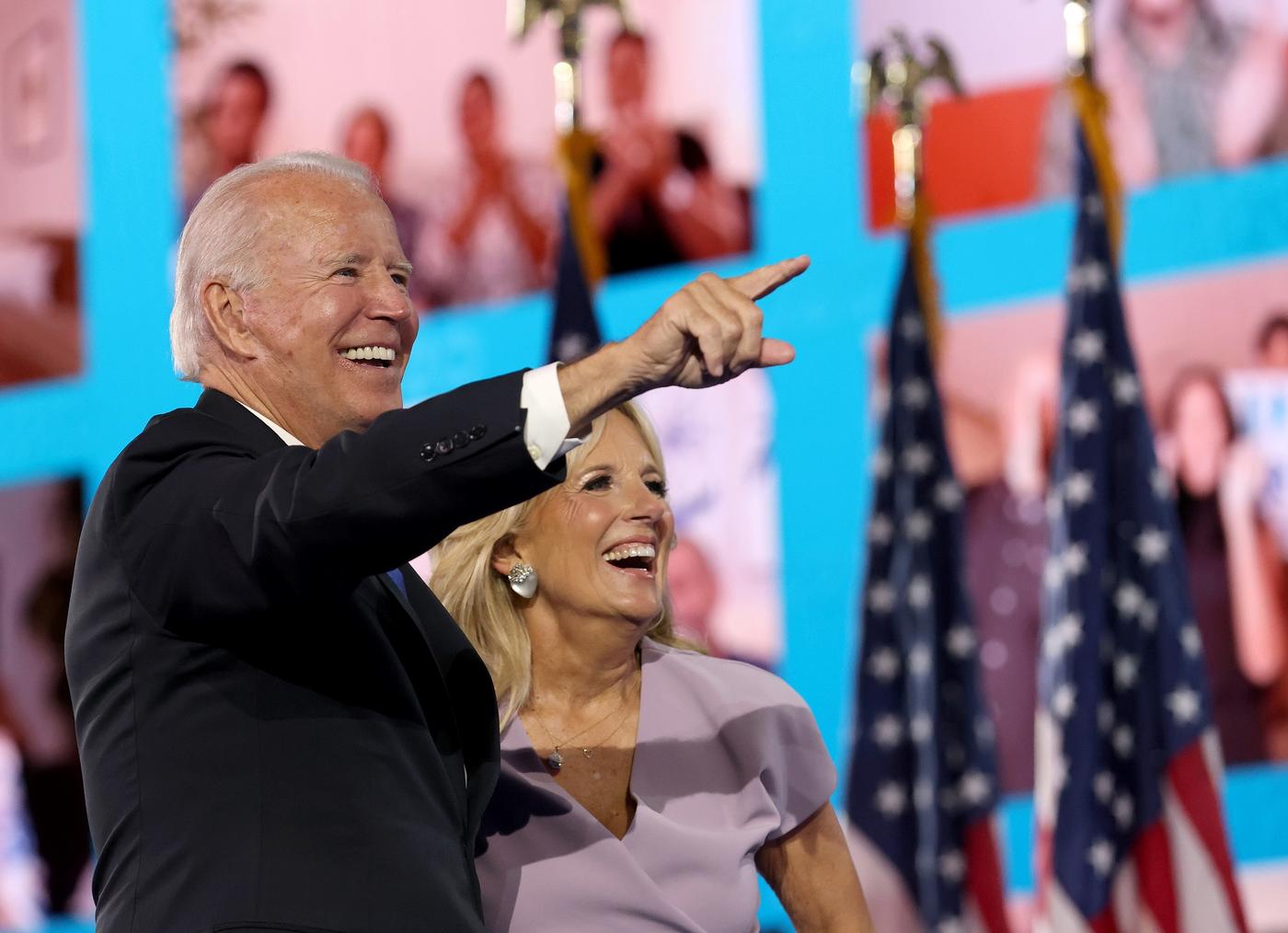 US Democratic presidential candidate Joe Biden has released a comprehensive platform outlining his plans for the Arab-American community, emphasising commitment to civil rights and prosperity at home as well as a more balanced foreign policy in the Middle East.

The plan, released on Saturday, pledges to reverse many of Donald Trump's anti-immigrant and nationalist policies while also addressing long-standing community concerns that predate the current president.

"Anti-Arab bigotry has been used in attempts to exclude, silence, and marginalize an entire community, and Biden believes it must be rejected whenever it surfaces, including when it emanates from elected officials or those seeking public office," reads the platform.

Arab-American campaigners praised the plan, which they said may be a foundation of principles to continue engagement with the campaign and possibly the Biden administration.

"Framing the entire document in the context of understanding the historical exclusion and defamation that Arab Americans have faced - and to wholly reject that - was significant," said Maya Berry, executive director of the Arab American Institute.

"You cannot advocate for Arab Americans' civil rights and civil liberties without understanding that history. And this document begins there."

Here are six takeaways from the plan.

The Biden campaign pledged to end a federal programme aimed at preventing "extremism" in Arab and Muslim communities that civil rights advocates say operates as a covert spying scheme under the guise of cooperation.

"Biden will end the Trump Administration’s Targeted Violence and Terrorism Prevention (TVTP) Program, and, before developing new prevention programs, he will conduct a thorough review of past programs and regularly consult with leaders from historically targeted communities, including Arab Americans, to ensure that civil rights are protected," the statement reads. 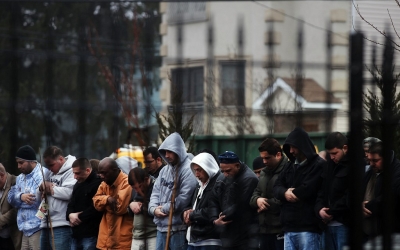 TVTP is a rebranded version of a Barack Obama-era initiative called Countering Violent Extremism (CVE), which was equally rejected by many Arab and Muslim advocates.

The campaign's plan appears to absolve the Obama administration - where Biden served as vice president - of the responsibility for CVE by presenting it as a Donald Trump programme. Moreover, the call for a new prevention scheme raises questions on the candidate's pledge to deal with Arab communities outside the lens of "securitized relationships".

"It's not a perfect position, but the opportunity to have continued dialogue and conversation from a new position is welcome," Ayoub said.

The platform also speaks to long-standing grievances of the community of the "no fly" list and the terrorism watchlist, which critics say disproportionately target Arab and Muslim individuals without giving them due process to challenge their placement on the list.

"Joe Biden will instruct the Department of Homeland Security to undertake a review of 'watchlist' and 'no-fly list' processes to ensure that they do not have an adverse impact on individuals or groups based on national origin, race, religion or ethnicity, and improve the process to remove names, when justified, from these lists," the statement says.

Stressing free speech when it comes to BDS

Dozens of US states have laws that restrict Americans' right to boycott Israel. Free speech activists have long decried these measures as a threat to free speech rights that are guaranteed by the First Amendment of the US constitution.

While the Biden campaign reiterated its opposition to the Boycott, Divestment and Sanctions (BDS) movement, it stressed that it will respect people's rights to free speech. The statement appears to be in direct opposition to anti-Boycott laws that both Democrats and Republicans have championed in the past.

The plan also noted the former vice president's rejection of Israel's ban on congresswomen Ilhan Omar and Rashida Tlaib last year over their support for BDS.

"Joe Biden will protect the constitutional right of our citizens to free speech," it says. 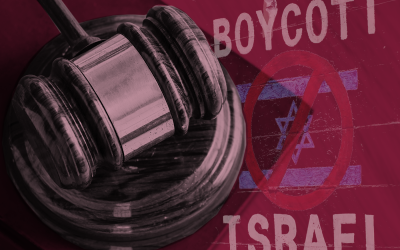 "He also does not support efforts by any democracy to criminalize free speech and expression, which is why he spoke out against Israel’s decision to deny entry to American lawmakers because they favor boycotting Israel."

Biden has voiced similar positions during the campaign, but the platform makes it clear that if he wins in November, his administration will not back bills that aim to curb boycotts.

The platform comes shortly after the campaign condemned Palestinian-American activist Linda Sarsour over her support for BDS.

Top campaign aides had apoligised privately to community activists for the attack on Sarsour, but the campaign has maintained publicly that it rejects the Palestinian-American organisers' views.

"We are mature enough as a community to be able to compliment when we can and to call out when we can," Ayoub told MEE. "I think we can acknowledge that the outreach on this platform is positive stuff, and then at the same time hold our line and say: 'Hey, you need to improve on foreign policy; you need to improve on how you handle situations like what happened with Linda."

Federal courts have found anti-BDS laws in Kansas, Arizona and Texas to be unconstitutional.

"The protection of our First Amendment right to speech, that doesn't come from the Biden campaign; that comes from the Constitution," Berry told MEE. "But it's incredibly important that the campaign understands that issue."

Vowing to ensure equality between Israelis and Palestinians

Biden has been a staunchly pro-Israel politicians since his days in the Senate, dating back to the early 1970s.

His campaign has faced growing calls from progressive groups to adopt a more even-handed approach to the conflict, a view shared by a significant and growing base in the Democratic Party.

So far, Biden has repeatedly ruled out conditioning aid to Israel and his delegates ensured that the word occupation is not included in the party platform.

The Democratic candidates' Arab plan reiterates the platform's commitment to the two-state solution and opposition to annexation and "settlement expansion", but it goes further in emphasising the human rights of Palestinians.

"Joe Biden believes in the worth and value of every Palestinian and every Israeli," the plan says. "He will work to ensure that Palestinians and Israelis enjoy equal measures of freedom, security, prosperity, and democracy."

Berry said the Arab platform reflects the shift within the party on foreign policy issues.

"This is not a zero sum game," she told MEE. "You can hold your views about Israel, and at the same time understand that you have to affirm Palestinians' human rights. I think the section on Palestine is reflective of where Democratic voters are."

Successive American administrations over the past decades have pursued alliances with absolute monarchs and military dictators in the Middle East with little regard for human rights.

But with Trump embracing brazen autocrats across the region and failing to meaningfully denounce the murder of Jamal Khashoggi, Democrats have been centring human rights as part of their foreign policy pitch. 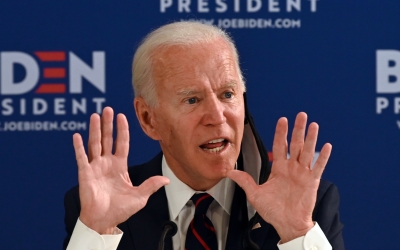 In the Arab plan, Biden vows to "defend and advance human rights and the other democratic values."

"Biden will also prioritize efforts to resolve conflicts through negotiations and use the full range of our diplomatic tools and foreign assistance to protect and advance human rights and development, and actively combat violence and discrimination," the platform reads.

The campaign singled out Saudi Arabia for its abuses vowing to end US support for the Riyadh-led war in Yemen, which started under Obama.

The platform also commits to supporting the Lebanese army and civil society to assist the people "as they develop and implement an economic and political future for their country, free of corruption, and inclusive of all stakeholders."

On Syria, the campaign pledges to use Washington's leverage to "help shape a political settlement to give more Syrians a voice."

The plan commits to passing two pieces of legislation that Arab advocates have been pushing: the Khalid Jabara and Heather Heyer NO HATE Act and the End Racial and Religious Profiling Act.

It is named after hate crime victims Khalid Jabara and Heather Heyer. Jabara, who was Lebanese American, was fatally shot in Tulsa, Oklahoma in 2016. 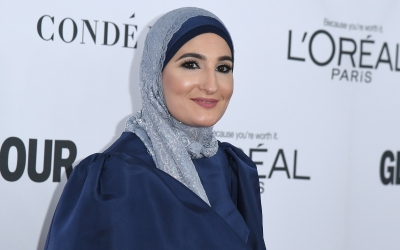 Heyer was killed in a car-ramming attack that targeted counterprotesters at neo-Nazi rally in Charlotesville, Virginia exactly two years after the killing of Jabara.

The plan notes that Senator Kamala Harris, Biden's running mate, is a co-sponsor of both bills.

It also voices support for including a Middle East and North Africa (MENA) category on the next census, ensuring that Arab Americans are counted as their own group. Currently, Arabs are considered white by the federal government for reporting purposes.

A push to include a MENA box in the 2020 Census fell short this year, amid accusations that Trump is politicising the nationwide survey that takes place every 10 years.

Addressing issues that matter to all Americans

Arab-American activists have long emphasised that foreign policy is not their only electoral priority.

Biden's plan addresses a host of issues that affect all voters in the Arab-American platform, including health care, immigration, education, policing and criminal justice reform. 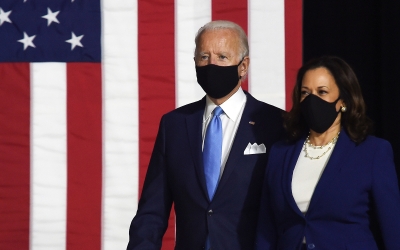 In the primaries, Arab voters and activists embraced the campaign of Senator Bernie Sanders, who pushed progressive initiatives like Medicare for All, free college education and cancelling student debt.

The Biden campaign does not fully embrace these programmes. The Arab-American plan, however, reiterates the former vice president's positions that call for increasing access to health care and making education more affordable for less fortunate people.

It also pledges to increase federal resources for small businesses - an issue that Arab advocates have pushed for.

Ayoub said the plan is a sign that the campaign is listening to "community voices".

"I know they worked with a number of Arab Americans on this platform. The fact they brought in Arab-American policy workers and Arab-American voices to help draft it, and they listened to them, is welcomed and it is significant," Ayoub told MEE.

"When you look at the climate and what others are doing, this is the first time this has happened in a while." 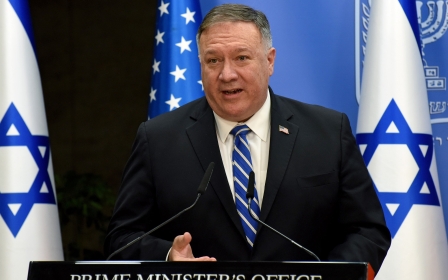 US Elections 2020
From Jerusalem, Pompeo invokes religion, Israel and Iran in speech to Republicans 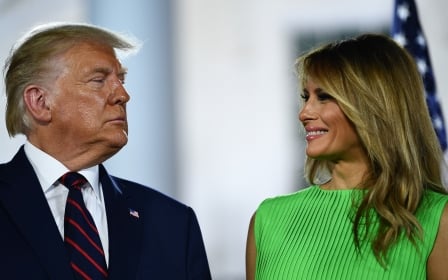 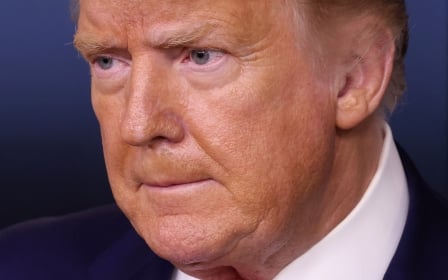