US states are passing anti-BDS laws. But are they legal? 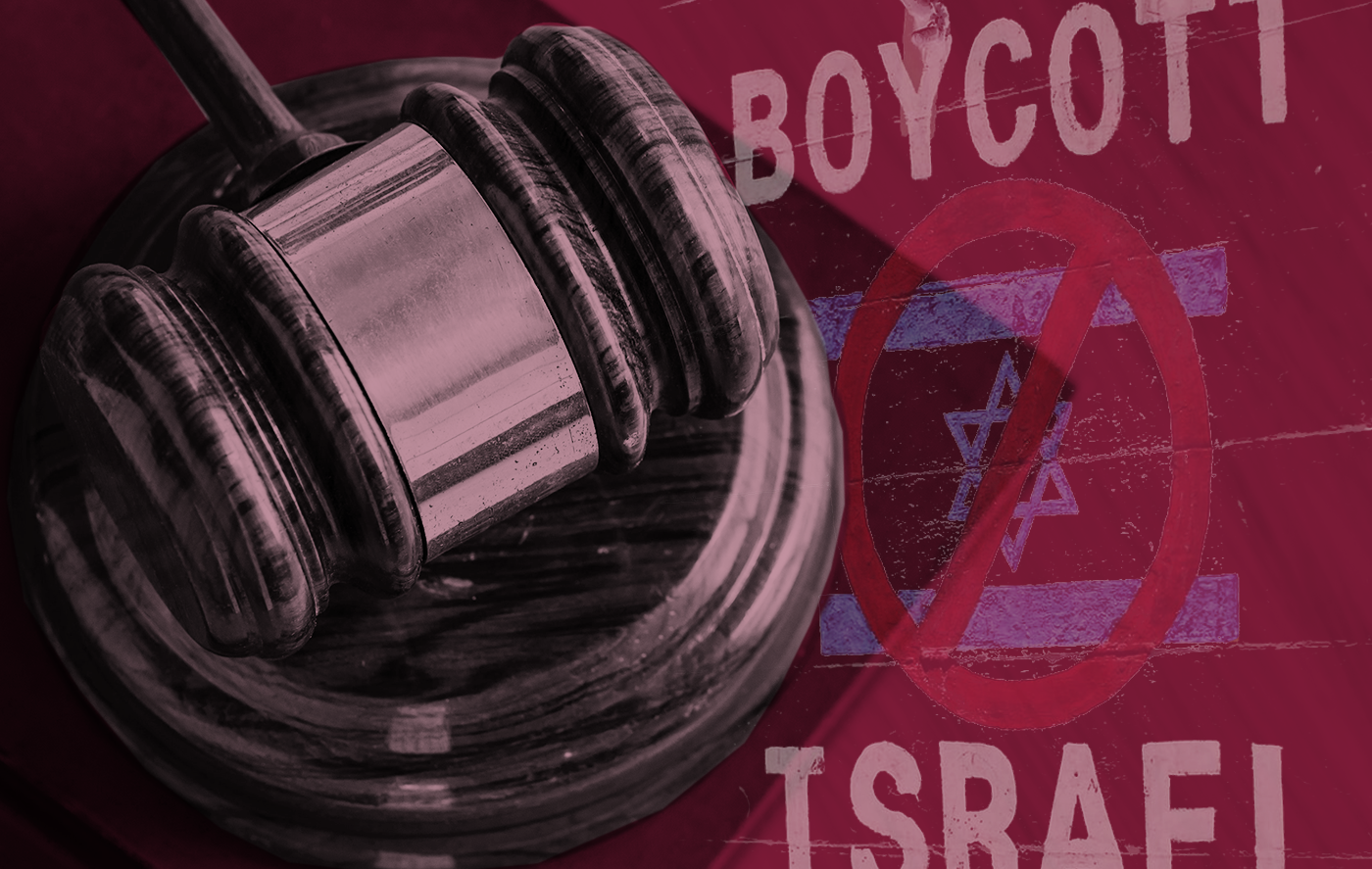 Across US, lawmakers at state level are limiting freedom to boycott Israel (MEE)
By
Ali Harb
in
Washington

Almost immediately after Airbnb announced that it would suspend its listings in Israeli settlements in the occupied West Bank, US states started gearing up to punish the website.

The American company reversed course months later and the settlement properties - which run counter to official US policy and are considered illegal by most of the international community - were never delisted.

And largely, the major legal retribution promised by US state legislators was avoided.

Still, the episode highlighted growing efforts at the state level to restrict boycotts of Israel, from Florida lawmakers trying to cancel a Lorde concert to a small Texas town forcing its residents to sign an anti-boycott pledge to get aid after a devastating hurricane.

Across the United States, lawmakers at the state level are engaged in efforts to limit the freedom to engage in the Boycott, Divestment and Sanctions (BDS) movement, which seeks to pressure Israel politically and economically to end its human rights abuses against Palestinians.

More than two dozen states have adopted anti-boycott measures, most of which ban state entities from doing business with companies or individuals engaged in BDS.

Free-speech advocates have called these laws a blatant attack on the right to free expression guaranteed by the First Amendment of the US Constitution.

Still, in several states these cases have become years-long legal battles - and the courts' decisions around anti-BDS legislation haven't been uniform, with judges coming to different rulings when asked to determine whether the laws violate the Constitution.

BDS under fire: Where in the United States can you boycott Israel?
Read More »

So far, federal judges in Kansas, Arizona and Texas have struck down each state's anti-BDS law.

But an Arkansas judge ruled that the state's measure against boycotts was in line with the Constitution, while another lawsuit, this time against an anti-BDS executive order signed by Maryland's governor, is still pending.

Is there a right to boycott?

A central question around the constitutionality of anti-BDS laws is whether boycotts are a form of speech that is covered under the First Amendment.

That amendment, which applies to US states, prohibits the government from "abridging the freedom of speech".

A politically motivated boycott is anything that aims to change political policy, or gain specific rights, and it can be directed at a particular business or industry, as well as at foreign or state governments, Ruane said.

In 1982, the US Supreme Court explicitly ruled that boycotts are protected under the First Amendment. 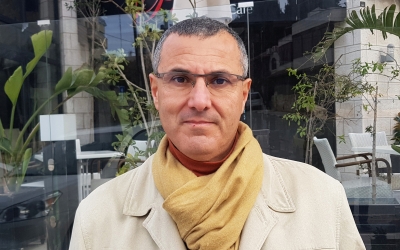 Omar Barghouti: ‘Israel is outsourcing anti-BDS repression to the US’
Read More »

But a more recent ruling from the US's top court could be interpreted as contradicting the 1982 decision.

In 2006, the Supreme Court sided with the US government by upholding a law that withholds federal funding from law schools that had decided to bar the US military from recruiting on their campuses. That ban was put in place to protest the army's ban on openly gay soldiers at the time.

In a unanimous decision, the judges ruled that the schools' objection to military recruiters was not "inherently expressive" - meaning that it is not a form of political speech per se - and therefore it does not benefit from First Amendment protection.

While the 2006 ruling does not mention the word "boycott", supporters of anti-BDS laws took it to mean that the Supreme Court justices decided that boycotts are not a form of free speech, since the universities were effectively boycotting the army recruiters.

In fact, US District Judge Brian Miller cited the 2006 case in his decision earlier this year to uphold Arkansas's anti-BDS law.

"A boycott is not purely speech," Miller wrote in January.

The judge opined that without a verbal or written explanation of the goals of boycott campaigns, they on their own "do not communicate ideas".

Following Miller's logic, if a boycott takes place but no one knows about it, it does not convey a political stance to others; hence, the boycott itself is not a form of speech.

Do anti-boycott measures fall under US anti-discrimination laws?

The Civil Rights Act of 1964 prohibits US businesses from discriminating against people based on their race, colour, religion, gender or national origin.

Many states also have their own laws that regulate companies' conduct to prevent discrimination.

Some states with anti-BDS laws have argued that restricting boycotts against Israel and Israeli businesses is an extension of existing legislation that bans discrimination based on national origin.

"The [anti-BDS] Executive Order makes clear that Maryland will not allow itself, through its purchasing decisions, to subsidise and become a passive participant in a form of national-origin discrimination that offends longstanding Maryland public policy," state lawyers said in a court motion earlier this year.

However, Ruane said the aim of anti-boycott laws is to curtail political boycotts that aim to influence policy.

'The [anti-BDS] Executive Order makes clear that Maryland will not allow itself, through its purchasing decisions, to subsidise and become a passive participant in a form of national-origin discrimination'

The ACLU takes no stance on the Israeli-Palestinian conflict, but has defended the right to boycott Israel from a free-speech perspective.

"It is boycotting in order to affect change from the Israeli government; it is not boycotting based on the inherent characteristic that the person possesses," Ruane said of the BDS movement.

She also referenced an article by her ACLU colleague Brian Hauss, who argues that boycotting businesses for political reasons is nothing like refusing to offer services to people based on their identity.

"Refusing to purchase consumer goods and services to protest a country's or company's actions is not denying anyone access to public accommodations based on who they are - it's classic political expression protected under the First Amendment," he wrote.

Hauss also notes that BDS does not only target Israeli companies, but also international corporations that Palestinians accuse of being complicit in human rights abuses against them.

For example, BDS activists have called for a boycott of Hewlett-Packard (HP) because the company provides technology that helps the Israeli army profile Palestinians.

In the US, Mikkel Jordahl, a lawyer who refuses to use HP products, successfully sued Arizona after refusing to sign a declaration that he does not engage in a boycott of Israel, as per the state's anti-boycott law.

"I just don't want to support businesses that profit from the occupation in the West Bank. That's up to me, not up to them," Jordahl told MEE after a federal judge ruled in his favour last year.

Can the government 'boycott the boycotters'?

US Senator Marco Rubio has long touted an anti-boycott bill he introduced early in 2019 as an effort to allow local governments to "boycott the boycotters".

In a column published by the New York Times in February, the Republican senator wrote that just as entities are free to boycott Israel, "states have discretion over whether to invest or contract with a company undertaking actions at variance with their laws or policies".

Maryland's lawyers echoed that logic in their motion to dismiss a lawsuit against the state's anti-BDS measure. "The First Amendment places no limits on the government's own speech," they argued.

But Ruane said in the case of anti-boycott laws, the government is not merely engaging in political expression; it is withholding benefits from private parties because of their own political views. 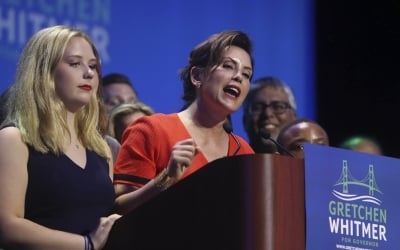 Under the First Amendment, Ruane said, the government cannot boycott people because it disagrees with their views.

In the Texas case, Judge Robert Pitman embraced that opinion.

Pitman said the government does have a right to free speech to promote its policies, but the First Amendment "stringently limits" its authority to compel private parties to adopt the state's views.

In that sense, the judge ruled that Texas's anti-boycott law was not an example of free "government speech", but rather "a content- and viewpoint-based restriction on speech".

"It is a content-based restriction because it singles out speech about Israel, not any other country," Pitman wrote in his decision. 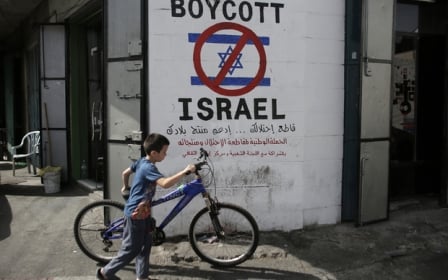 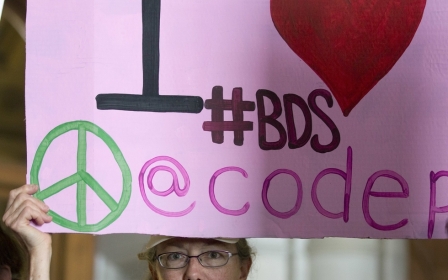 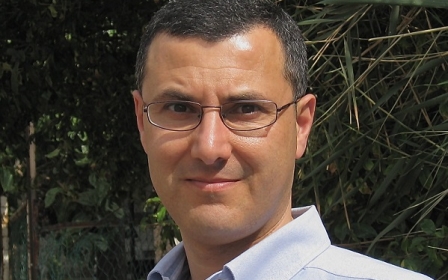