Flooding near Dead Sea carried people away for kilometres, while some survived by clinging to rocks 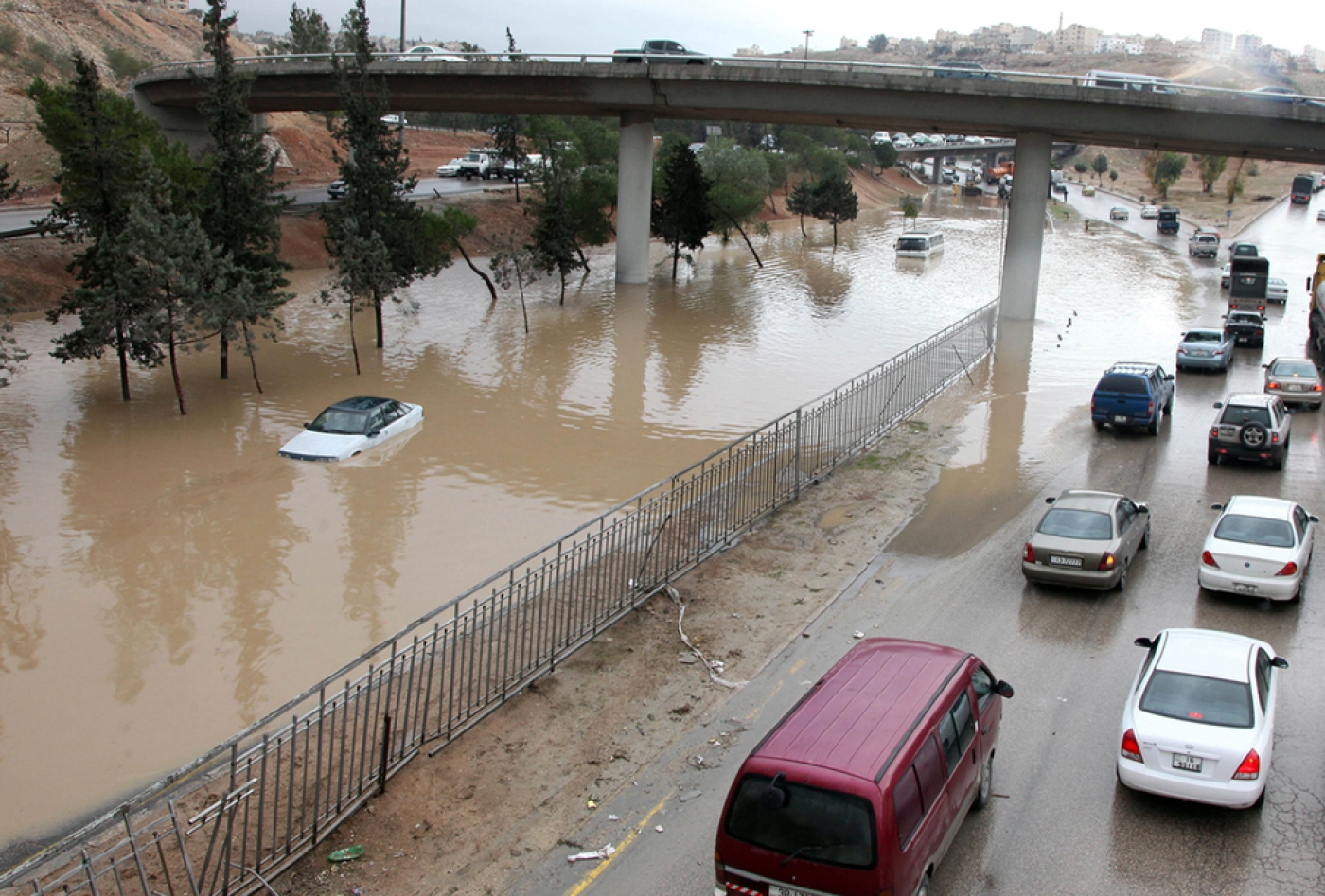 More than a dozen children have been killed in Jordan after a flash flood swept away their bus during a school outing near the Dead Sea on Thursday.

Members of families picnicking near the Zara Maeen hot springs were also among a total of 20 people reported dead, rescuers said.

"Heavy rains caused a flash flood close to the Dead Sea that washed away a school bus carrying 37 students and seven minders," an official with Jordan's fire service told the AFP news agency.

The search for survivors continued after daybreak, with helicopters and teams with sniffer dogs scouring the rocky slopes near the Dead Sea in the Jordan Valley.

The body of a 12-year-old girl was found early on Friday and several more people were still feared missing, said Mustafa al-Basaiah, the director general of the civil defence.

Thirteen of the dead and 26 of about three dozen people wounded in Thursday's flash flood were middle school children, the Associated Press reported officials as saying.

The flooding carried people for "four to five kilometres," Brigadier General Farid al-Sharaa told state television, while some survived by clinging to rocks.

Hundreds of families and relatives converged on Shounah hospital, a few kilometres from the resort area, after the incident. Relatives sobbed and searched for missing children, a witness told Reuters.

An official with Jordan's civil defence department told the Jordan Times newspaper the death toll was expected to increase.

"The number of those killed in the flash flood is expected to increase because many were reported to have been swept away by the raging water," the official said.

Heavy rains also caused roads to flood in the Jordanian capital, Amman, while big hailstones fell in Ajloun, in the north of the country.

Several other countries in the region have also experienced severe weather this month.

Earlier this week, roads were closed amid heavy flooding in Doha, the capital of Qatar, after almost a year's worth of rain fell on parts of the country in a single day.

Air traffic was disrupted, homes were flooded and universities and shops were closed as a result of the downpour.

Last week, flash flooding also killed five people across Tunisia, including a six-year-old child who drowned in Sidi Bouzid. The deaths came less than a month after torrential rains killed five in the country’s northeastern region of Cap Bon. Environment
Istanbul grinds to halt with heavy rains and flooding