While many celebrate diversity Harris brings to Democratic ticket, Palestine solidarity activists have voiced concerns about her record 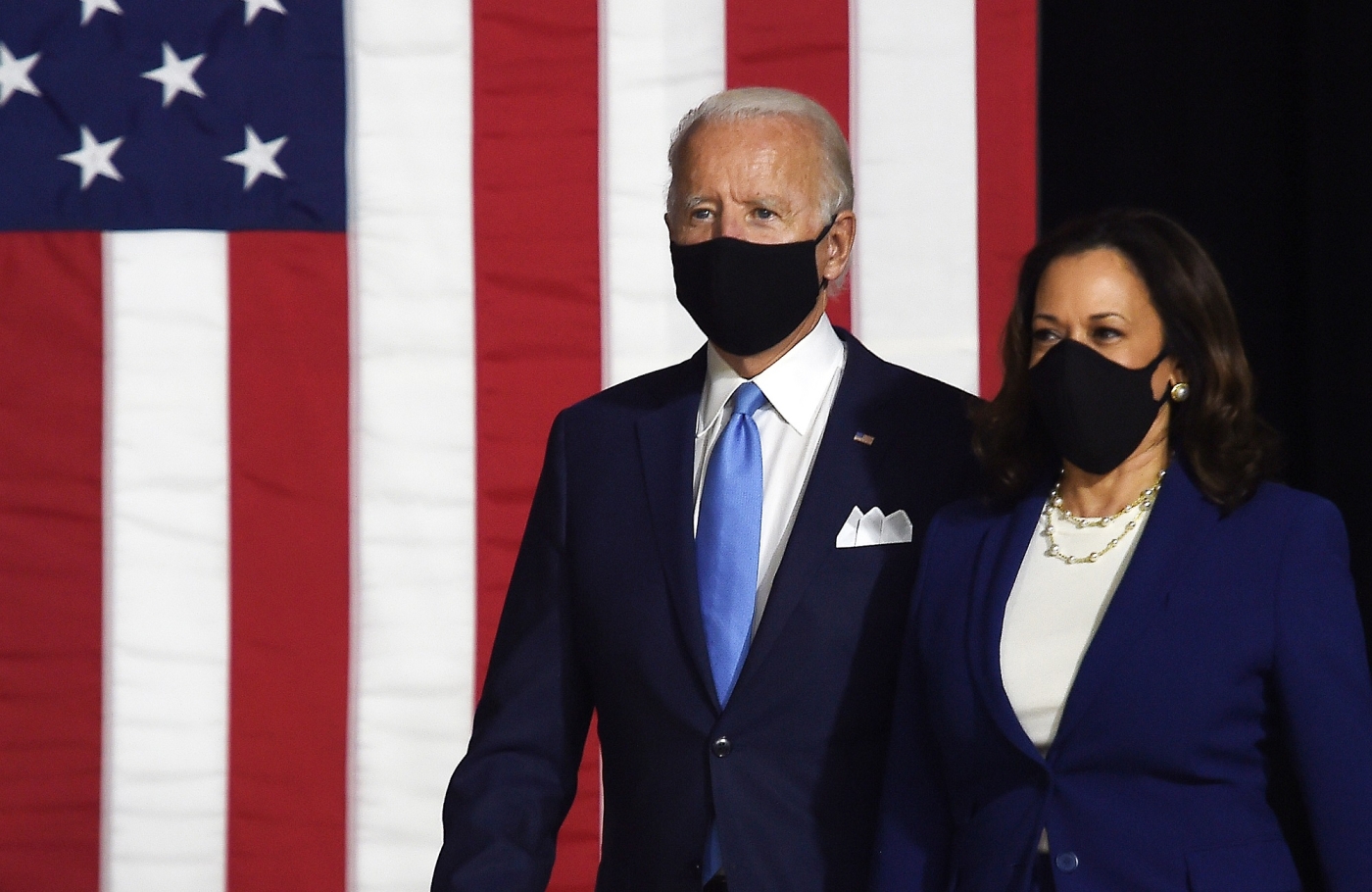 Photos of Senator Kamala Harris, a Black woman raised by a South Asian mother, occupied the front pages of major newspapers across the United States on Wednesday morning.

Democratic presidential candidate Joe Biden had chosen Harris to be his running mate, putting her a heartbeat from the presidency if their ticket defeats President Donald Trump in November.

The nomination achieved many firsts. Harris is the first Black woman vice presidential nominee of a major party. She is also the first Asian American to reach that status in US politics.

'Together, we are going to defeat Donald Trump and his hateful ideology'

The celebration of these milestones, however, came with grievances about the Democratic senator's record - particularly on Israel-Palestine.

Shortly after the announcement on Tuesday, Palestine solidarity activists shared photos of Harris smiling while standing next to Prime Minister Benjamin Netanyahu during a 2017 visit to Israel.

Videos of speeches that Harris has given to pro-Israel groups, including the American Israel Public Affairs Committee (AIPAC) also made rounds on social media.

"They are the perfect team to take on President Trump and restore American leadership," the group said of the Biden-Harris ticket.

Abed Ayoub, the legal director of the American-Arab Anti-Discrimination Committee (ADC), said while Harris has a "questionable track record" on issues that matter to the Arab community, including Israel-Palestine, her nomination had been expected.

He added that the focus now is to make Arab Americans' demands and voices heard by the campaign.

"The majority of the community understands that this is a crucial election. On one side we know the faults and the shortcomings of both Biden and Harris, but then on the other side we have an administration that has attacked our community, that's stripping away our rights and liberties here at home," he added.

Ayoub said Harris's status as the first Black woman on a major presidential party ticket cannot be dismissed, especially at a time of protests for racial justice. "Representation matters," he said.

In a series of tweets early on Wednesday, renowned author Anand Giridharadas addressed the issue of diversity on the ticket, noting that both representation and structures matter.

"People from marginalized backgrounds bring lived experience to the table that changes the table and the discussion," he wrote.

"But they are also often used as symbols to prove the merits of the status quo. They often have to accept that status quo as the cost of rising in the system."

He said holding elected officials accountable through public pressure would take that representation beyond symbolism to challenge the structure.

We have two equally important jobs:
✅ elect the Biden/Harris ticket in November
✅ hold them accountable to our values starting yesterday

Harris, a former local prosecutor who served as California's attorney general before her election to the Senate, has been a rising star in Democratic politics, often making headlines for her tough questioning of Trump administration officials during congressional hearings.

But while her voting record in Congress has been progressive, left-wing activists have been sceptical of her record as a prosecutor and reluctance to come out fully in favour of programmes like Medicare for All.

Biden, a centrist old guard of the party, had stressed that his running mate would be compatible with him ideologically. Nominating Harris, who had endorsed him during the primaries was not surprising.

Despite some criticism from the left, some activists saw Harris's appointment as a move in the right direction.

Many social media users shared a video of Harris delivering an impassioned speech against Trump's "Muslim ban" at a protest in Washington in January 2019 - less than a month after she had taken office in the Senate.

While Trump's campaign was quick to attack Harris, branding her as a "phony", Democrats from across the ideological spectrum almost unanimously hailed Biden's choice, pledging to help elect them.

"She understands what it takes to stand up for working people, fight for health care for all, and take down the most corrupt administration in history. Let’s get to work and win," he wrote on Twitter.

Progressive Senator Elizabeth Warren, who had been considered for the job herself, said Harris is an "inspiration to millions of women who see themselves in her".

"She'll be a great partner to Joe Biden in making our government a powerful force for good in the fight for social, racial and economic justice," Warren said in a statement. "I will do everything I can to ensure Joe Biden and Kamala Harris are elected in November, so they can get big things done for the American people starting January 2021."

"I've fought alongside Senator Kamala Harris for direct cash payments during the pandemic and for clean water as a human right," she wrote in a Facebook post.

"Now let's defeat Trump and make those policies a reality."

Representative Ilhan Omar, who saw a resounding primary victory on Tuesday night, congratulated Harris, noting that the senator is a fellow member of the Congressional Black Caucus.

"Together, we are going to defeat Donald Trump and his hateful ideology," Omar wrote on Twitter.

"We cannot take anything about this race for granted, and I look forward to turning out the 12th district and all of Michigan for Vice President Biden and Senator Harris in November, to protect our country and democracy," she said in a statement.