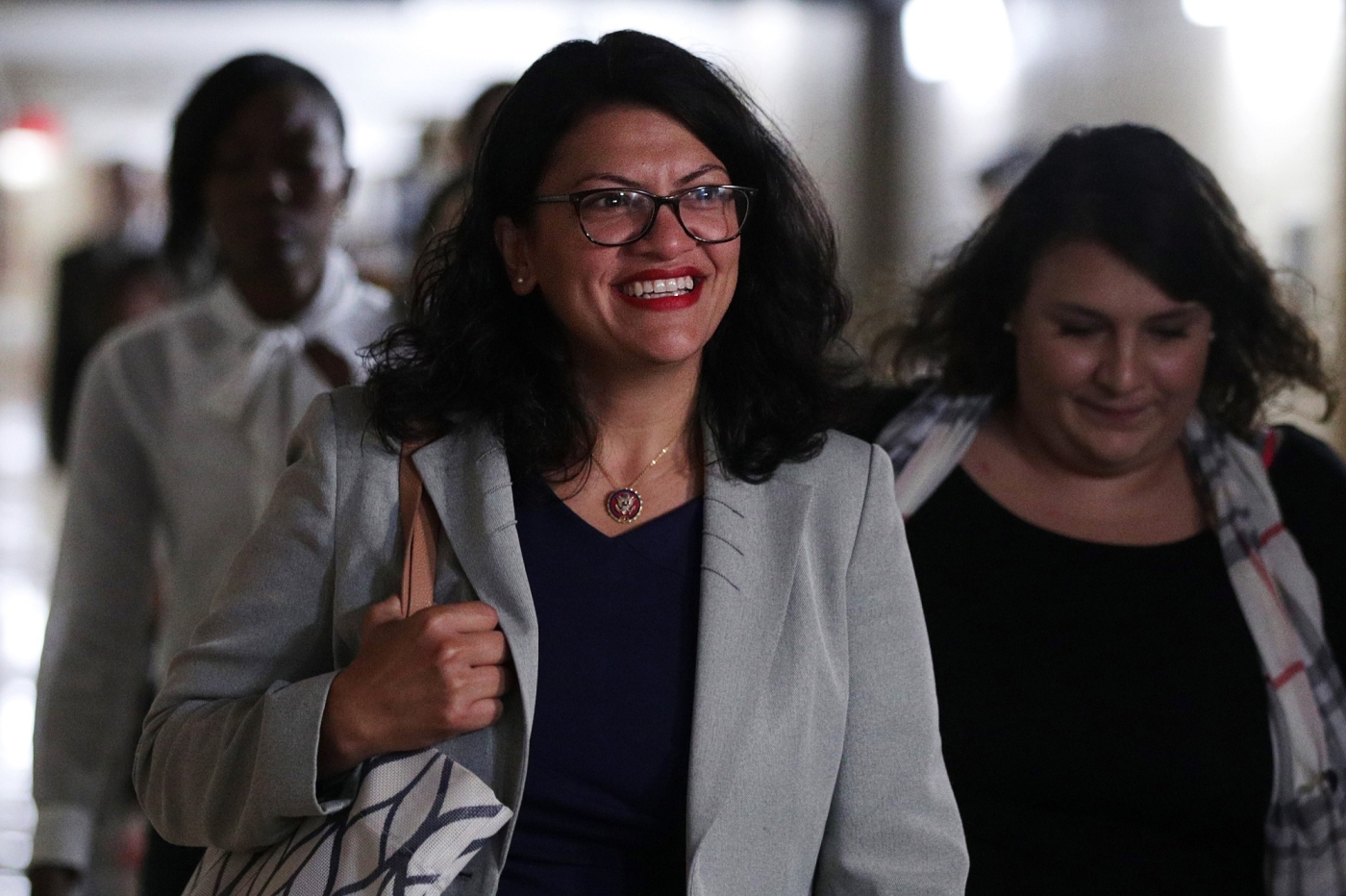 Palestinian-American Congresswoman Rashida Tlaib comfortably fended off a serious primary challenger, all but securing re-election for a second term in her heavily Democratic district in Michigan.

Tlaib quickly rose to national prominence after being elected to the House of Representatives in 2018, becoming one of the first two Muslim women in Congress.

An outspoken critic of President Donald Trump, she became the target of frequent right-wing attacks, including by the president himself.

Tlaib thanked her friends and supporters, stressing that "the work continues".

"Headlines said I was the most vulnerable member of the Squad," she wrote on Twitter on Wednesday, referring to the notable group of progressive congresswomen of colour in the House of Representatives.

"My community responded last night and said our Squad is big. It includes all who believe we must show up for each other and prioritize people over profits. It’s here to stay, and it’s only getting bigger."

The race against Brenda Jones

The election was a rematch of the 2018 race, when Tlaib narrowly edged Jones in a crowded field of candidates to fill the seat of John Conyers, a civil-rights icon who retired after 52 years in Congress.

Jones, who is African American, had received the endorsements of all the candidates who went up against her and Tlaib two years ago.

She was also backed by prominent Black activists in Detroit, who argued that the city council president was better-equipped to represent Conyers' district, which is 54 percent African American. Jones accused Tlaib of not focusing enough on her district because of what she called the congresswoman's "celebrity" status.

During her first term, Tlaib has been an outspoken supporter of Palestinian human rights.

She took the oath of office wearing a traditional Palestinian dress known as a thobe, and since then has backed numerous initiatives to hold Israel accountable for its policies against Palestinians.

Last year, the Israeli government banned Tlaib and fellow Muslim-American Congresswoman Ilhan Omar from visiting the country because of their support for the Boycott, Divestment and Sanctions (BDS) movement.

Despite the attacks that Tlaib has faced over her stance on the conflict, foreign policy was not a major theme in the contest between her and Jones.

Pro-Israel groups, which are heavily backing Omar's opponent, were not prominently involved in Tlaib's race.

Jones had been criticised by Jewish-American activists over her ties to Louis Farrakhan, leader of the Nation of Islam, who has a history of making antisemitic remarks.

Tlaib had the strength of incumbency going into the race, with Democratic House Speaker Nancy Pelosi and several influential labour unions endorsing her.

She also had the support of progressive groups of politicians that backed her two years ago.

"We are overjoyed that we get to continue working with Congresswoman Tlaib to pass the progressive agenda that is urgently needed at the moment," IfNotNow, a youth-led Jewish-American left-wing organisation, said in a statement.

The group added that the congresswoman "will continue to courageously use her platform to speak out against the immoral and illegal Israeli occupation and for Palestinian freedom".

"Rashida Tlaib has consistently worked for the attainment of justice and equality for all peoples, and we are confident that she will continue to do so after her victory today," Emgage's Michigan executive director Nada Al-Hanooti said in a statement.

"Emgage PAC is incredibly proud to have endorsed and supported such a trailblazer, who has served as one of the first Muslim women in Congress with resilience and grace."

Sally Howell, a professor of Arab-American studies at the University of Michigan-Dearborn, said Tlaib's national prominence, which drew Trump's ire, was due to her identity as a Palestinian Muslim woman, but on Tuesday she reaffirmed her credentials as an advocate for her local constituents. US Elections 2020
Rashida Tlaib's reelection race: Here's what you need to know