Senate passes vote, 86-8, that orders report in 30 days on who was behind the murder of the Saudi journalist 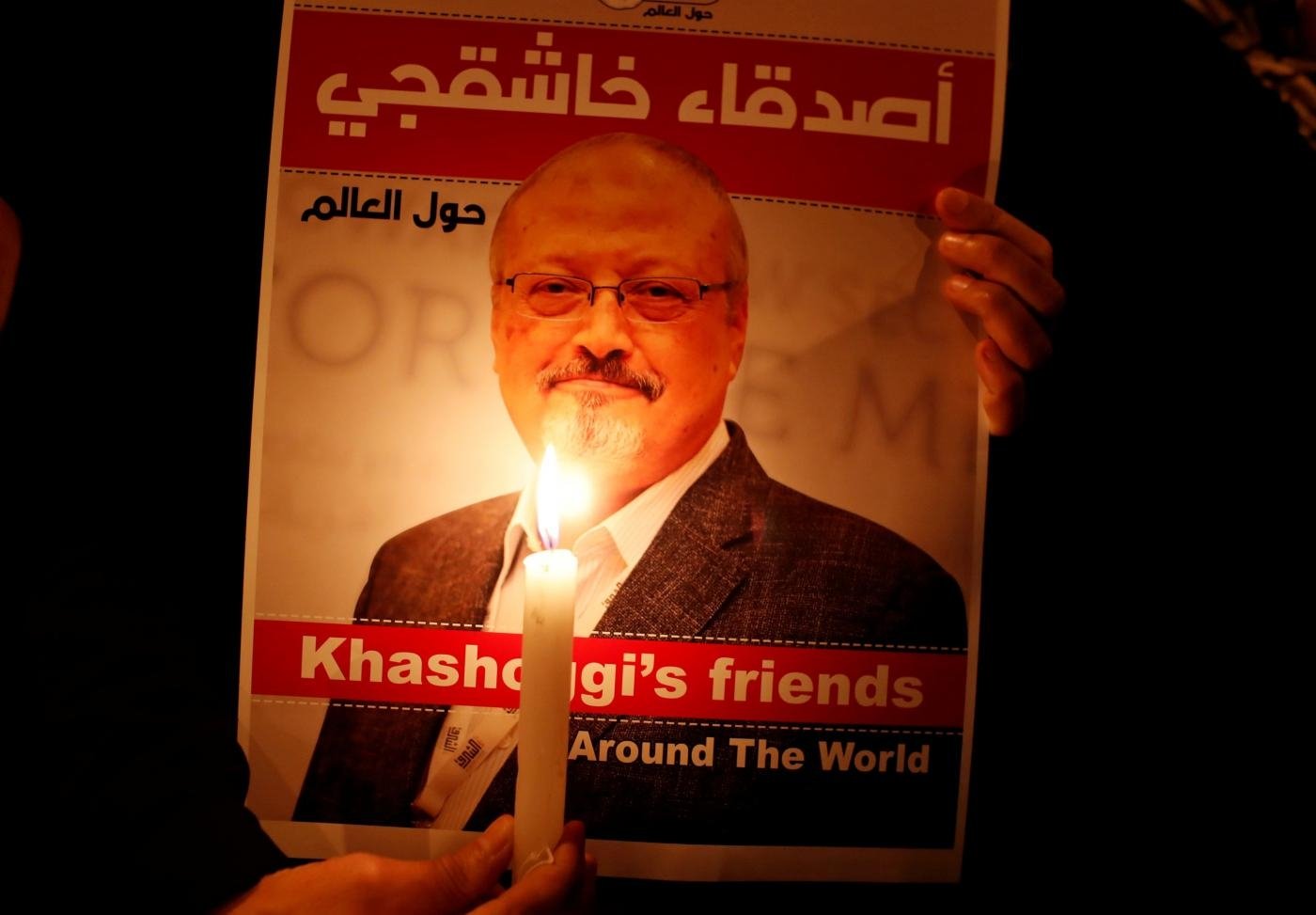 For advocates seeking justice for the murder of Jamal Khashoggi, confirming the prevalent suspicions on who ordered and carried out the assassination of the Washington Post journalist is a key step towards accountability.

Analysts have opined that an international operation of that magnitude could not have happened without the knowledge of Saudi Arabia's powerful Crown Prince Mohammed bin Salman.

Khashoggi, who also wrote for Middle East Eye, was a frequent critic of the Saudi royal family. He was killed and dismembered by Saudi government agents at the country's consulate in Istanbul, which he had visited to retrieve personal paperwork. 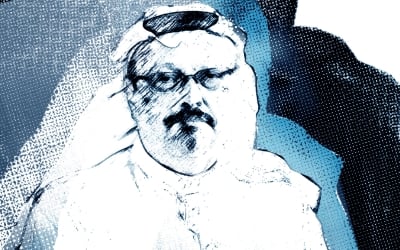 US media outlets widely reported last year that the CIA concluded that the young prince was behind the murder. And after a classified briefing with intelligence officials in December 2018, then-Senator Bob Corker told reporters that bin Salman would be "convicted in 30 minutes" if he were to face a jury over the assassination.

Yet, there are no official public documents explicitly pointing the finger at top Saudi officials.

That may soon change. On Tuesday, the Senate passed in an 86-8 vote a House-approved bill that would require the Director of National Intelligence - the US spy chief - to deliver a report to legislators on who exactly ordered, carried out and attempted to cover up the murder of Khashoggi in October 2018.

The provision is a part of an enormous military spending bill that already has the backing of the White House.

The 2020 Pentagon budget - known as the National Defense Authorization Act (NDAA) - calls on the Director of National Intelligence to produce a report that would outline "the advance knowledge and role" of any Saudi official in "the directing, ordering, or tampering of evidence in the killing of Khashoggi".

The US spy chief, who answers to the president, must deliver the report 30 days after the NDAA is signed into law by Trump, which is likely to happen later this week.

Stephen McInerney, the executive director of the Project on Middle East Democracy (POMED), a Washington-based think-tank, said there are questions on whether the report will be politically influenced.

"The hope is that this report might provide an official and formal description or summary of the US intelligence community's findings on the role of the Saudi regime and key figures within the regime in the Khashoggi murder," McInerney told MEE.

"Having sanctions passed against high-ranking members of a state that the United States has a close relationship with - as it has with the Saudi regime - doesn't happen quickly. Trump has been a fierce defender of Saudi royals. This past year, he has used his presidential veto powers twice in favour of Saudi Arabia - to overrule Congress on ending US support for the war in Yemen and blocking arms sales to the kingdom.

The US president has been criticised by members of his own Republican Party over his handling of the Khashoggi crisis.

Weeks after the murder, the White House released a lengthy statement emphasising the US-Saudi partnership and defending top kingdom officials from the global outrage that followed the assassination.

Still, anger and frustration have persisted on Capitol Hill. In fact this past weekend, Senator Lindsey Graham, a Trump ally, said bin Salman should face sanctions over the killing.

"We should sanction Saudi Arabia for the conduct that I think was sanctioned by the crown prince," Graham said at an event in Doha.

While he defended Trump on domestic challenges, including the impeachment inquiry he is facing in Congress, Graham said his job is to stand up for US values.

"Saudi Arabia is a strategic ally. But what happened with Mr Khashoggi shows a complete lack of respect for the US-Saudi relations," the senator said. "What happened there violates every norm of civilised society."

McInerney said the White House may object to imposing sanctions on top Saudi officials, even if the report implicates them.

"Unfortunately, the White House and President Trump have clearly put effort into shielding the Saudi regime and Mohammed bin Salman from any consequences," McInerney said.

But beyond the considerations of US politics, a document confirming the involvement of top Saudi officials in the killing may have international ramifications.

'If the Director of National Intelligence doesn't pull punches and if a frank report is submitted, it is the kind of thing that could be quite embarrassing for the Saudi regime'

"If the Director of National Intelligence doesn't pull punches and if a frank report is submitted, it is the kind of thing that could be quite embarrassing for the Saudi regime and for Mohammed bin Salman," McInerney told MEE.

Other countries could cite the report to impose their own sanctions or legal action against the kingdom, he added.

"These kinds of reports can be important; they can be consequential."

UN special rapporteur Agnes Callamard, who concluded in a report released earlier this year that Khashoggi's killing was a premeditated "state act" by the Saudi government, has been calling on US authorities to release what they know about the murder.

"Justice for Mr Khashoggi has many dimensions, one of which is truth-telling," she said at an event in Washington late in September.

Last week, she welcomed the NDAA section on Khashoggi.

"This will be... a demonstration that we are far from done seeking justice for #JamalKhashoggi. Resilience and determination will pay off, one small step at a time," she wrote on Twitter.

'They should be sanctioned'

An amendment that was made by the Democratic-controlled House of Representatives in July called for automatic sanctions to follow the report, including visa bans on the Saudi officials involved in the killing.

Rob Berschinski, senior vice president for policy at Human Rights First, decried the omission of the language requiring sanctions in the final legislation.

"What this provision does is it puts the onus on the intelligence community to speak publicly and accurately about what it knows about who ultimately directed the killing in terms of the Saudi leadership - up to and including the crown prince," Berschinski told MEE.

"It remains to be seen whether the Trump administration will assert political pressure on the Director of National Intelligence to somehow evade the intent of this provision."

For his part, Marcus Montgomery, a fellow at the Arab Center Washington DC who tracks congressional affairs, said the report could swing the door open for sanctions against the kingdom.

"This is an effort to get the executive branch on the record, revealing who they think is responsible for the murder," Montgomery said. "Logically, they should be sanctioned."

He added that the report would empower legislators to issue sanctions in accordance with the Global Magnitsky Act, a US human rights law invoked by lawmakers last year shortly after the assassination.

The Trump administration has refused to provide a report to Congress - requested under the Global Magnitsky Act - to answer questions about the possible involvement of senior Saudi royals in the murder.

So is it possible for the administration to similarly ignore the NDAA provision?

McInerney said while the Global Magnitsky Act was triggered by a few key senators, the NDAA has been approved overwhelmingly by both chambers of Congress, making it more difficult for Trump to defy the Khashoggi provision.

"This would be ignoring something more explicitly required by legislation… There's not much precedent for that," McInerney said. "But this wouldn't be the first time this president has broken with precedent." 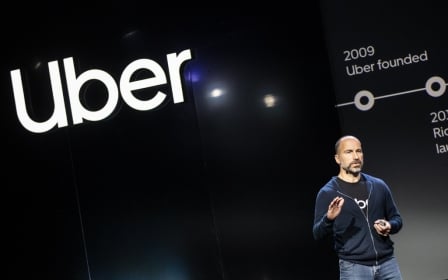 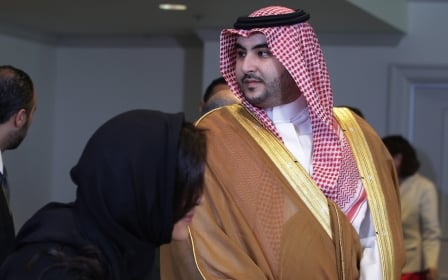