White House statement on call did not mention journalist, but imminent release of US report on his murder is set to shake ties 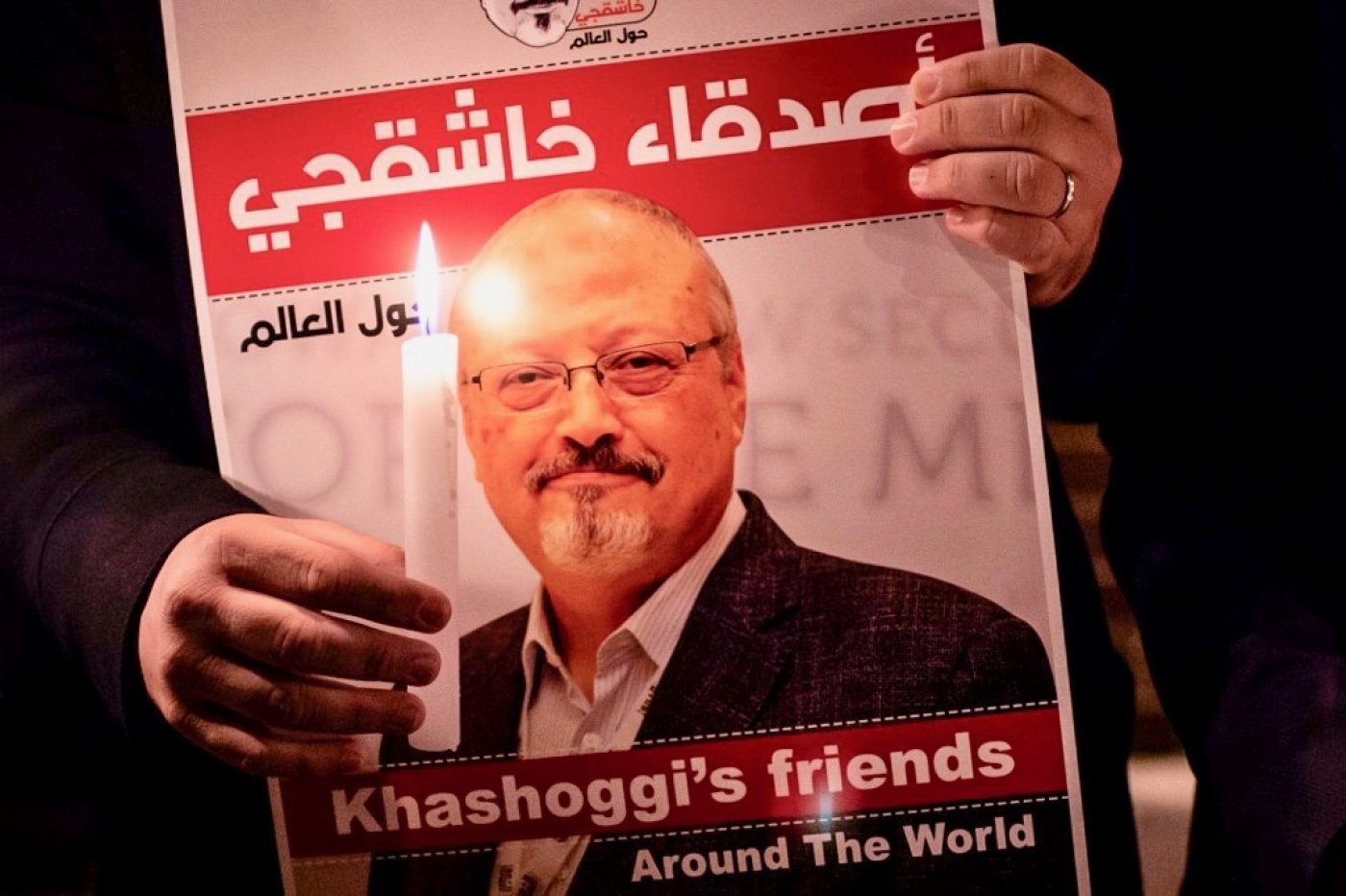 President Joe Biden held his first phone call with Saudi Arabia's King Salman on Thursday, ahead of the release of a long-awaited report by the US intelligence community on the killing of Jamal Khashoggi.

In a statement describing the call, the White House did not mention the Khashoggi report. It said the conversation was on "the longstanding partnership between the United States and Saudi Arabia".

White House officials had said the report on Khashoggi's murder would not be made public until the call had taken place, but by the end of the business day, it appeared the release of the findings was postponed.

Earlier in the day, White House spokeswoman Jen Psaki reiterated the administration's position that Biden would deal with King Salman as the head of state in Saudi Arabia, bypassing Crown Prince Mohammed bin Salman, who is believed to be behind Khashoggi's killing.

"The president will be engaged with his appropriate counterparts," Psaki said.

In its statement on the call between the US president and the Saudi king, the White House did not make any reference to points of contention between Riyadh and Washington, including Khashoggi and halting US support for the war in Yemen.

"The President told King Salman he would work to make the bilateral relationship as strong and transparent as possible," it said. "The two leaders affirmed the historic nature of the relationship and agreed to work together on mutual issues of concern and interest."

Still, the release of the Khashoggi report by the director of national intelligence (DNI), which NBC and Reuters have reported will place blame on Prince Mohammed, also known as MBS, for the murder, will inevitably shake US-Saudi ties.

Imad Harb, director of research and analysis at the Arab Center Washington DC, said the report will leave MBS "morally, politically and legally wounded" and cast a shadow over the legitimacy of his claim to the crown.

"This is from the United States, so it carries weight," Harb told MEE.

He added that Biden will likely take action against MBS, including imposing sanctions on the crown prince because of the growing anger against Saudi Arabia in Washington, especially amongst Democrats.

"Joe Biden cannot let this thing go," Harb said. "There is a lot of pressure on Joe Biden inside the United States - from Congress, from the press, from public opinion - about what to do with this guy if the DNI report does say that he was responsible for the killing of Jamal Khashoggi."

Saudi government agents killed and dismembered Khashoggi, a critic of MBS, at the kingdom's consulate in Istanbul in October 2018. Riyadh initially insisted that the journalist had left the building alive before eventually conceding - more than two weeks after the assassination - that he was killed.

But Saudi officials still insist that the assassination was a rogue operation that happened without the approval or knowledge of top leaders.

The 2018 murder rocked US-Saudi relations with congressional leaders from both major parties demanding accountability for the killing of Khashoggi, who was a US resident.

The CIA had reportedly assessed with confidence that MBS had personally ordered the killing. In June 2019, Agnes Callamard, a UN human rights investigator, said it was "inconceivable that an operation of this scale could be implemented without the crown prince being aware."

But then-President Donald Trump moved to shield Saudi royals, particularly MBS, from criticism - often citing the kingdom's arms deals with US weapons manufacturers and its geopolitical role as a regional counterweight to Iran.

According to a 2020 book by veteran journalist Bob Woodward, Trump bragged about protecting the crown prince saying: "I saved his ass."

Amid reluctance from the previous administration to take meaningful steps against the kingdom, late in 2019, Congress included a provision in the defence budget requiring DNI to submit an unclassified report to lawmakers that would identify any Saudi officials who ordered or had advanced knowledge of the assassination.

The Trump administration refused to release the report, arguing that it would compromise the sources and methods of US intelligence agencies.

As a candidate, Biden issued harsh words for Saudi Arabia as he criticised Trump for his close relationships with autocrats. During a Democratic debate, he called the kingdom a "pariah".

After assuming office, Biden halted US support for Saudi offensive operations in Yemen, froze an arms deal with the kingdom authorised by the previous administration, and his intelligence chief Avril Haines committed to releasing the Khashoggi report.

But rights advocates and lawmakers want more clarity on the details of US policies towards the kingdom, especially in Yemen. The US administration had reaffirmed Washington's commitment to the kingdom's security.

On Thursday, the US State Department said special envoy for Yemen Tim Lenderking "expressed gratitude for Saudi Arabia's generous support over the decades for the people of Yemen" after a meeting with the kingdom's finance minister, Mohammed al-Jadaan. 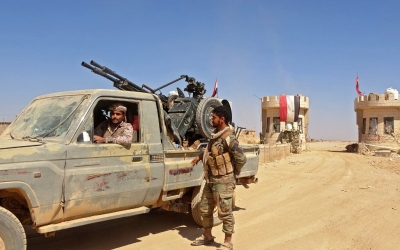 And Secretary of State Tony Blinken has been in regular contact with Saudi officials. On Thursday, he had a phone conversation with Saudi Foreign Minister Faisal bin Farhan.

Advocacy groups have been calling for meaningful consequences for Riyadh over the killing of Khashoggi ahead of the report.

"This confirmation of bin Salman's role underscores the urgent need for a new approach to the US-Saudi relationship," William Hartung, director of the Arms and Security Project at the Center for International Policy, said in a statement on Thursday.

"The Saudi regime must be held accountable for its crimes at home and abroad, including not only the Khashoggi murder but in its central role in creating the world's worst humanitarian catastrophe in Yemen."

Late in 2018, Washington announced sanctions against 17 Saudi individuals, including senior MBS adviser Saud al-Qahtani for "having a role in the killing". At the time, critics said the measures were not sufficient because they did not punish the officials who ordered the assassination.

On Thursday, Mike Eisner, general counsel at Democracy for the Arab World Now (DAWN), a rights group envisioned by Khashoggi that was fully established last year, said the sanctions should be imposed on the crown prince himself.

"It's a simple proposition without which there can be no justice for Kashoggi: the Biden administration, as well as the European Union, the UK and Canada, must apply the same standard of justice to the commander of the execution as levied against the foot soldiers," Eisner told MEE. 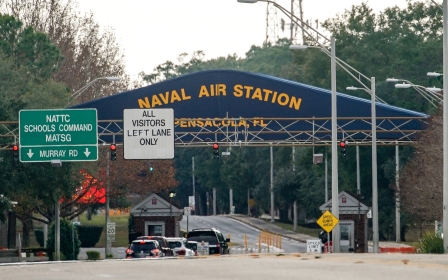 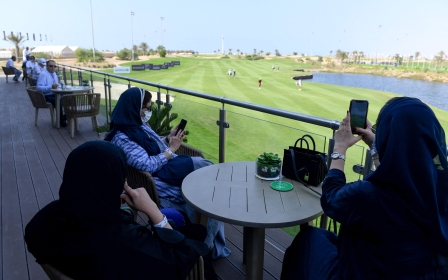 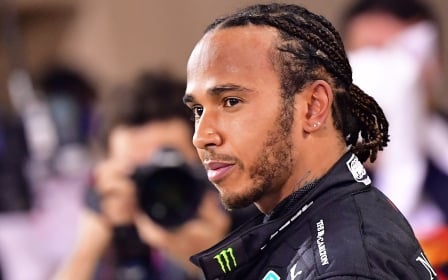