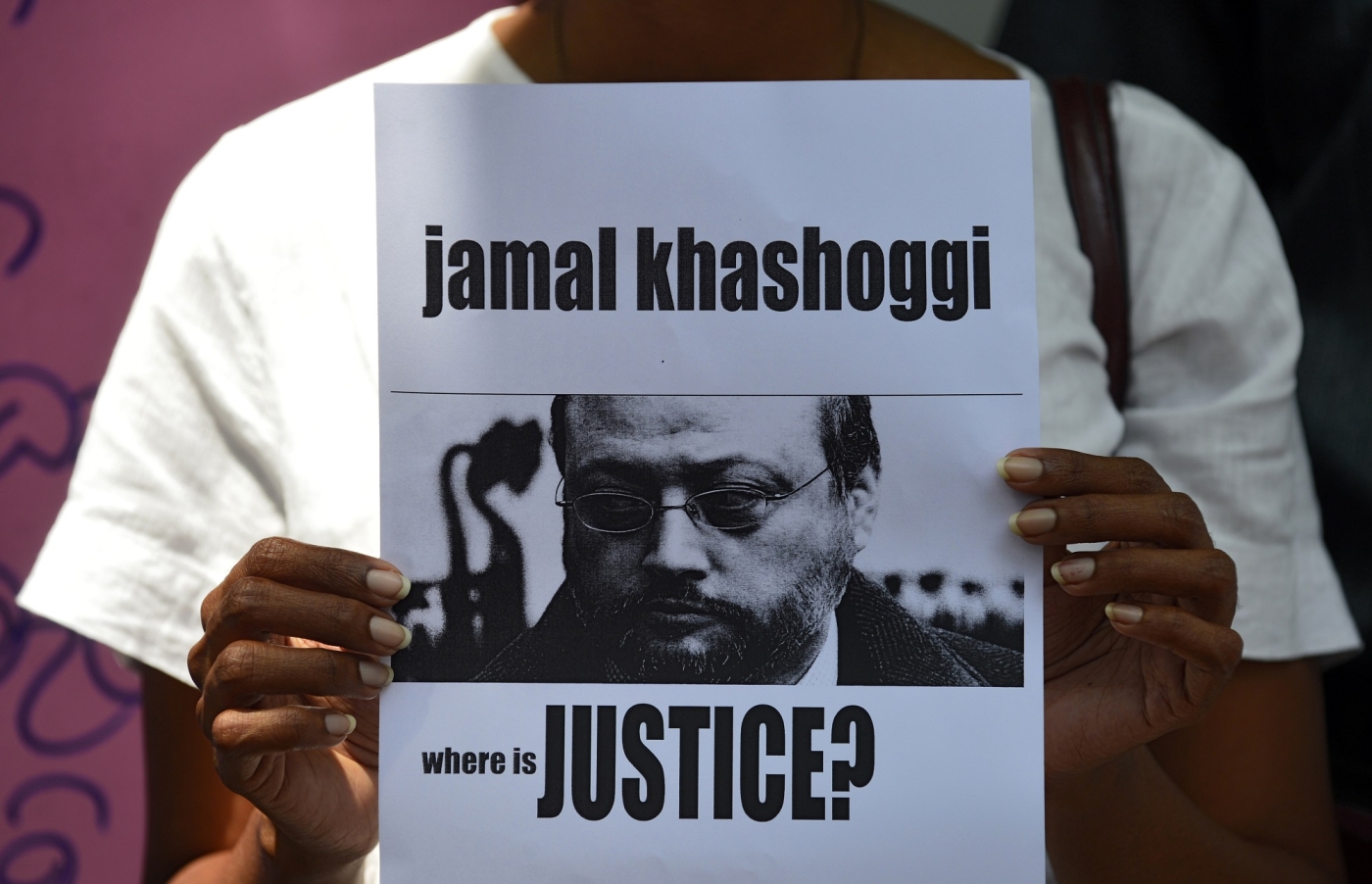 US lawmakers have been pushing the Trump administration to release the intelligence community's findings on the murder of Jamal Khashoggi, including who ordered the assassination.

Late last year, Congress took a significant step towards that end when it passed legislation requiring the Office of the Director of National Intelligence (ODNI) to release - within 30 days - an unclassified report to Congress revealing the names of Saudi officials involved in "directing, ordering or tampering of evidence in the killing of Khashoggi".

It has been more than eight months since that law was passed and all the ODNI has released is a fully classified report along with a statement saying it will not release the information publicly to protect "sources and methods".

On Wednesday, the Open Society Justice Initiative, a law centre within the Open Society Foundations, a pro-democracy advocacy group founded by liberal philanthropist George Soros, filed a lawsuit against ODNI to obtain the report. "The immediate release of the requested ODNI records is imperative for the public to properly and timely evaluate the U.S. government’s response to Mr. Khashoggi’s murder," the lawsuit says.

The ODNI oversees US intelligence agencies and answers to the White House.

The Open Society Justice Initiative had submitted a Freedom of Information Act (FOIA) request for classified reports related to the murder of Khashoggi that were submitted to Congress. Under FOIA, the government is obliged to release unclassified records. Publications and advocacy groups often sue to challenge the classification of documents.

The legal action follows a similar one that was filed by the Open Society Justice Initiative last year against the CIA.

Khashoggi, a columnist for The Washington Post and Middle East Eye who was critical of the Saudi royal family, was killed by Saudi government agents inside the kingdom's consulate in Istanbul in 2018.

He had gone to the consulate to retrieve personal paperwork. Initially, Riyadh denied that Khashoggi was murdered, insisting that he had left the building safely.

Weeks after the attacks, Saudi officials said that Khashoggi was killed, but portrayed the attack as a rogue operation that happened without the knowledge of top officials.

The assassination shook US-Saudi relations, with the Senate unanimously condemning Saudi Crown Prince Mohammed bin Salman (MBS) in late 2018 in a resolution holding him responsible for the killing.

The CIA also concluded that the crown prince was behind the murder.

Despite the outrage in Congress, President Donald Trump has stood by his Saudi allies throughout the crisis, repeatedly citing Riyadh's denial of MBS's involvement in the assassination.

"Despite calls for accountability for Mr. Khashoggi's murder, Senior White House advisor Jared Kushner has continued to defend the Crown Prince and describe Saudi Arabia as a 'very good ally'," Wednesday's lawsuit says. "Continuing public debate about Mr. Khashoggi's killing indicates that it remains a matter of urgent interest to the public."

Agnes Callamard, UN special rapporteur on extrajudicial executions, has been calling on Washington to release the informaation it has gathered on the murder, arguing that US intelligence agencies' findings are crucial for ensuring justice.

In her own report last year, Callamard found that the killing was a state-sanctioned crime by Saudi Arabia.

Earlier this year, Senator Tim Kaine told Middle East Eye that ODNI's refusal to comply with the congressional request and release the report was "unacceptable".

"Americans deserve a president who will stand for human rights rather than bow to dictators," he said.