In northern Syria, the Kurds are trying to implement women's rights, but this could prove difficult among the Arab population 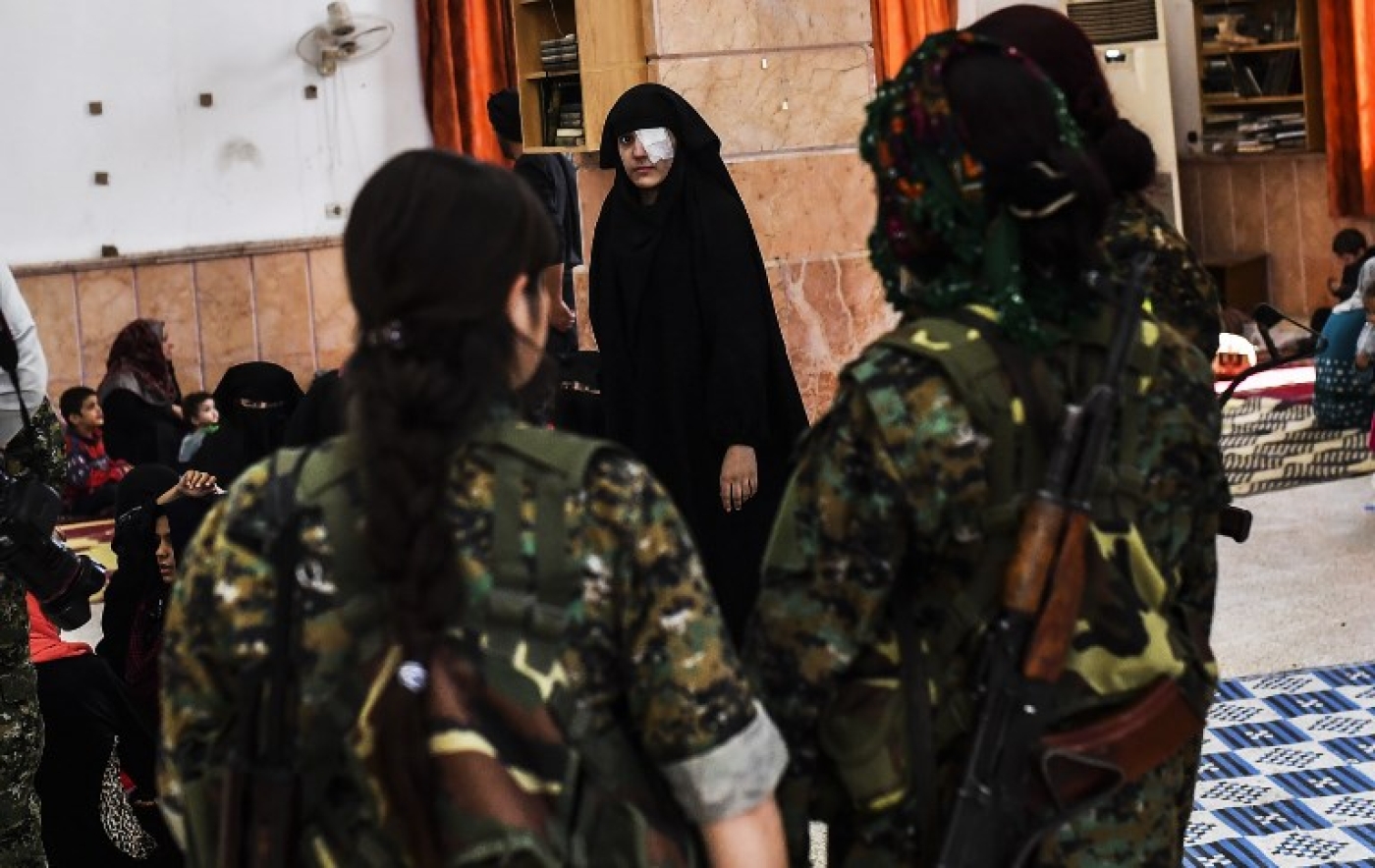 KOBANE, Syria – The battle to take Raqqa, the Syrian capital of the Islamic State (IS) group, is almost over. But one of the main challenges that the Kurdish-led Syrian Democratic Forces (SDF) face after IS is not only the huge destruction but also how to expand their model of women's rights to conservative tribal areas in northern Syria and ban people from marrying more than one wife.

Since the war broke out in 2011, there has been an increase in the rates of child marriage and polygamy, both in the country and among the refugee population. The amount of marriages registered as polygamous in Damascus has risen from five percent in 2010 to 30 percent in 2015.

The opposite has been true in areas controlled by the Kurdish-led Syrian Democratic Forces (SDF) in northern Syria, and a drive for equal rights for women has seen the practices largely abandoned.

Since the creation of semi-autonomous administrations in three Kurdish enclaves in northern Syria from 2012, the powerful Kurdish Democratic Party (PYD) and its armed wing, the Kurdish People's Protection Units (YPG), have banned child-marriage and polygamy and have also provided equal rights in divorce and inheritance.

Under Syrian government rule, women’s rights were limited, and people were allowed to marry more than one wife.

Yet where Kurds have begun ruling their own areas, things have started to change.

Now there are women’s councils, and they arrest people if they violate women’s rights

"Ten years ago, it would be strange if women did not wear a veil, but now this is normal," 29-year-old Ahmed Ahmed from Kobane, who works in hospitality, said.

"There was polygamy in Kobane before, but only around 10 percent, and now it is forbidden. Now there are women's councils, and they arrest people if they violate women's rights," he said.

"As for the Arab regions, it is normal, and they marry more than once."

Kurdish female fighters played a crucial role in defeating IS in the city of Kobane, after it was besieged by the militant group in September 2014.

"Women in Kobane fought and showed the whole world what women can do," Rodin Yusif, a member of the women's council in Kobane said.

Before that it had been rare in Syria to see women in the police or in the army.

The Kurds in Syria have now imposed a gender-based quota system of 40 percent women for local government positions, and they also enforce a co-chair system where every position should have one male and one female leader. They are also providing education free of charge to women at the university of Qamishli.

Perhaps more importantly, it is forbidden for men to marry more than one woman.

"They would be put be in jail between three months and one year, and pay a fine between 10 to 2,000 dollars, and be forced to divorce their youngest wife," Yusif said.

Child marriage has also been outlawed.

Now there are plans underway to bring a similar model to the rest of Syria, as part of a new coalition of the multi-ethnic US-backed SDF coalition of Arabic and Kurdish fighters, which was established in October 2015.

The plan has already provoked some opposition among more conservative quarters.

"We want to apply the same law that we apply for Kurdish women, but the Arab population are not progressive yet. They don't have freedom and consider it something strange, but they will accept the idea gradually," Sadiqa Mohammed, a member of the Kurdish women's movement Kongra-Star in Kobane told MEE.

"Women of Syria should be one hand and help each other," she said.

Last month she attended a conference in Manbij, gathering together those who want to work to create a national women's council, including women from all parts of Syria – except Idlib.

The SDF is now also trying to recruit more women fighters in Deir Ezzor and Raqqa, as part of the ongoing offensives against IS there.

While many of the SDF commanders have been women, the campaigns against IS in these cities have not seen the numbers of women fighters that were involved during the battles for Kurdish cities.

Only military-age men are conscripted in the SDF’'s military service, not women, but women can volunteer.

Rojda Felat, one of the women commanders for the Raqqa campaign, told MEE that there are around 300 women fighting as part of the SDF battle for Raqqa, out of around 30,000 in total. There are dozens of women commanders in the SDF, according to sources.

Among Arabs it has been less accepted for women to fight, while among the Kurds it has been more common, historically, especially among the Kurdistan Workers' Party (PKK) whose imprisoned leader Abdullah Ocalan called for "killing the dominant man" and ending male dominance in Kurdish politics.

In more traditional areas such as Raqqa and Deir Ezzor, as opposed to Damascus, for example, banning child marriage or polygamy is generally seen as controversial, and the concept of women fighters even more so.

"You will touch the Arabic identity, which is very traditional. Raqqa and Deir Ezzor is not like Damascus; they will be accused of being kuffaar [unbelievers]," Fabrice Balanche, a visiting fellow at Hoover Institution-Stanford University, told MEE.

"Women's equality in Syria did not exist before. You can change the laws in [the Kurdish city of] Qamishli, but in Raqqa and Deir Ezzor it would be a problem," he said.

"Even if a ban on child marriage was introduced, it would be a problem," he said, adding that much of the local population was poorly educated.

"In these areas, many people didn't even know how to read, and women in Raqqa could not leave their home without permission, let alone divorce without the acceptance of their husband."

Some Raqqa civilians expressed hope that men will marry more wives than they used to.

"I hope that after Raqqa is liberated, the men will marry 10 more wives, and make more children, because IS killed all of us," said 62-year-old Aisha, who fled Raqqa to a camp for internally displaced persons in Ain al-Issa.

Abdullah, 18, is also from Raqqa. He said he would be completely opposed to any ban on polygamy.

"According to Sharia law, you should be able to marry four wives," he said.

"What if my wife is ok with me marrying another one," he said. "The Raqqa people would not like this because one woman is not enough for them."

Despite this, many might not be able to marry more than one woman anyway, due to the bad economic conditions. Many people have lost everything because of the war, even their houses that were destroyed in the fighting.

"I cannot afford another one, so it doesn't matter," 35-year-old Hassan from Raqqa said. "Maybe even I [will] divorce my current wife."

Aware of the scepticism surrounding the social reforms being enacted in Kurdish areas, those seeking the changes have been more careful about implementing them in Arab areas currently under SDF control.

"The law is not [being] applied yet; women's offices in Ain al-Issa and Tal Abyad are asking for this law, and they want to apply this law because women want it. But for the moment they are not implementing this," said Firya Barakat, an adviser to the women's council in Kobane.

Officials in newly created Arab-majority councils in Arab areas said, even in private conversations, they would not accept these kinds of legal reforms. They say they stand in contravention to Islamic law.

So in Arab-majority towns the SDF has been careful to implement rules they apply in Kurdish dominant areas.

"Marriage is not banned in Tal Abyad. I will even marry a second [wife]," Jalal al-Ayyaf, the head of the Ain al-Issa camp and originally from the town of Tal Abyad, told MEE.

In the Arab-majority town of Sirrin, which was liberated from IS in July 2015 and falls under Kurdish administration in Kobane, local Arabs still marry more than one woman.

"There is a decision like this, but nobody cares about it," said Ali, 33, an Arab from Sirrin, who runs a car-wash shop.

"I have three wives, but I will try to marry another one because I have no kids yet," he said.

For Haji Fadel, 40, who also lives in Sirrin, such a ban would undermine Kurdish claims to respect freedom.

"They say they are democratic. But it wouldn't be a democratic decision to ban it. The Prophet Muhammad married more than four," Fadel said.

They say they are democratic. But it wouldn't be a democratic decision to ban it. The Prophet Muhammad married more than four

Officials say that while such sentiments highlight the challenges involved in introducing reform, educational campaigns will now be introduced.

The newly created Arab-majority councils of the new liberated cities may or may not accept this system, but already more women are being recruited in the administrations and the Raqqa Civil Council is co-led by Layla Mohammed, a Kurdish woman from Raqqa.

"We must start awareness campaigns, and it's a possibility these campaigns last for six, eight months, or a year, and after these campaigns we will apply the law," Khalisa Ahmed, 45, an official from Kongra-Star, said. 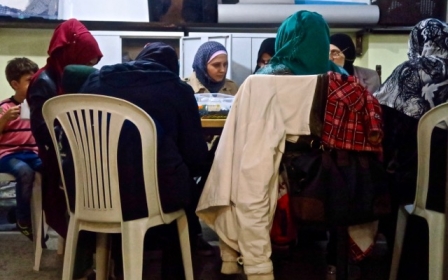 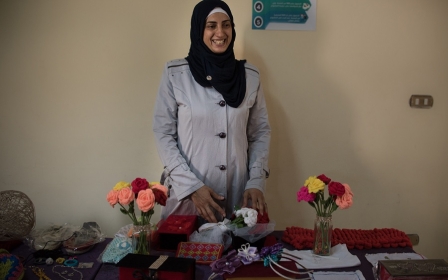 Business
Starting over: The sky is the limit for Syrian businesswomen in Egypt 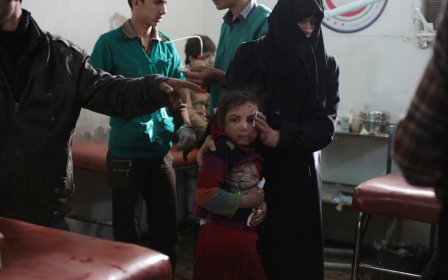