More than 30 legislators, across both major parties, have warned against the trend of establishing relations with Syrian President Bashar al-Assad 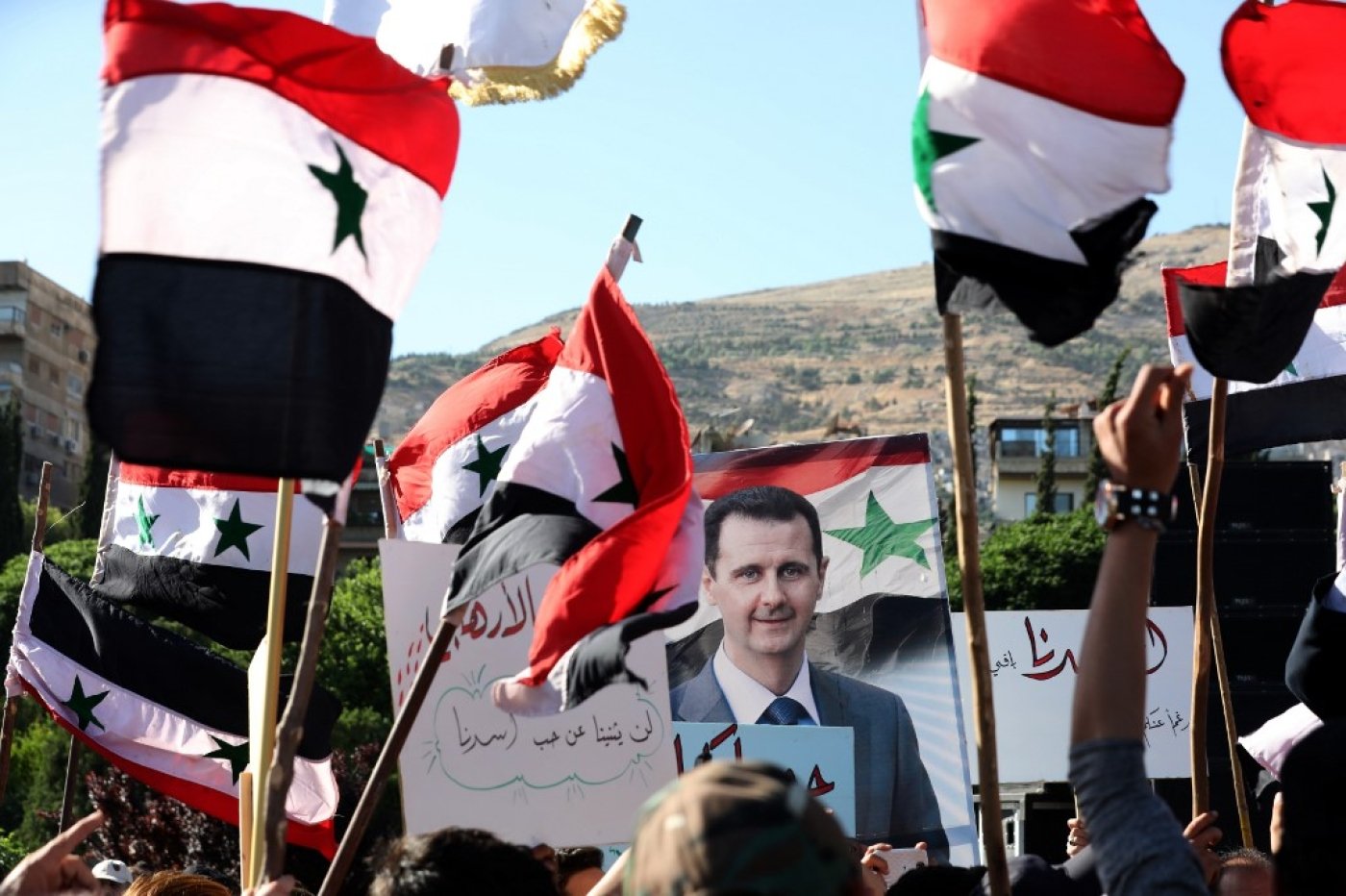 People wave Syrian national flags and pictures of President Bashar al-Assad as they protest against US sanctions on the country, at Umayyad Square in central Damascus on 11 June (AFP/File photo)
By
MEE staff

A bipartisan group of US politicians have called on the State Department to make it clear to allies and partners that attempts to normalise relationships with the Syrian government are opposed by the United States.

In a letter signed by more than 30 House Representatives, the lawmakers expressed "deep concern" over countries taking steps to renew formal diplomatic ties with Syrian President Bashar al-Assad, despite his "ongoing and unrepentant brutality". "Given the regime's continued deplorable crimes against its own people, we urge the Department of State to continue to make clear - publicly and privately - to our allies and partners that the US opposes any efforts to renew diplomatic ties with or extend formal diplomatic recognition to the Assad regime," the lawmakers wrote.

Some Arab states, including Oman, the UAE, Bahrain and Kuwait have sought reconciliation with Damascus after decisive gains by pro-government forces in the conflict, aiming to expand their clout in Syria at the expense of Turkey, which supports the opposition, and Iran, which backs Assad.

The Caesar Act, a law passed in 2019 that aims to sanction any person who assists the Syrian government or contributes to the country's reconstruction, came into force this year.

The lawmakers highlighted the Assad regime's bombing of civilians, continued detention of political prisoners, and blocking of the safe and voluntary return of refugees and displaced persons, among other issues.

"The regime and its allies, Russia and Iran, are guilty of barbaric violence against the Syrian people. International organizations and human rights groups have documented the use of chemical weapons against civilians, indiscriminate bombing of civilian infrastructure, deliberate use of siege tactics, and mass torture," the letter warned.

They said before the Syrian government could be considered for renewed diplomatic relations, it would have to cease such actions and disavow groups described as terrorist organisations by the US.

The lawmakers also said Damascus would need to stop its research, development and acquisition of nuclear, chemical, and biological weapons and ballistic missile technology, and allow full access into Syria for United Nations experts and other international observers.

"None of these criteria have been met," the lawmakers said.

Last week it was revealed that Kash Patel, a deputy assistant to President Donald Trump and the top White House counterterrorism official, had travelled to Damascus earlier this year for secret meetings with the Syrian government seeking the release of at least two US citizens thought to be held there.

It is believed to have been the first time such a high-level US official had met in Syria with the isolated government of Syrian President Assad in more than a decade.

Syria erupted into civil war in 2011 after Assad began a brutal crackdown on protesters who had been calling for an end to his family's rule. 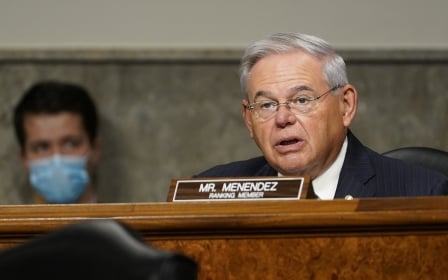