The Manchester Arena, where US singer Ariana Grande had been performing (Reuters)
By
MEE and agencies

At least 22 people including children were killed and 59 others injured in a suicide attack at the end of a concert by US singer Ariana Grande in the British city of Manchester on Monday.

Prime Minister Theresa May said the incident was being treated as a terrorist attack.

Greater Manchester police said it believes the bombing was caused by an improvised explosive device and that the bomber had died at the scene.

Police responded to reports of an explosion shortly after 10.35pm at the arena, which can hold 21,000 people, and where the US singer had been performing to an audience that included many teenagers and children.

A witness who attended the concert said she felt a huge blast as she was leaving the arena, followed by screaming and a rush by thousands of people trying to escape the building.

A video posted on Twitter showed fans, many of them young, screaming and running from the venue. Dozens of parents frantically searched for their children, posting photos and pleading for information on social media.

"We were making our way out and when we were right by the door there was a massive explosion and everybody was screaming," concertgoer Catherine Macfarlane told Reuters.

"It was a huge explosion - you could feel it in your chest. It was chaotic. Everybody was running and screaming and just trying to get out."

May said her thoughts were with the victims and their families and that the bombing was "an appalling terrorist attack".

Manchester's chief constable, Ian Hopkins, said: "We believe the attack last night was conducted by one man. The attacker died at the arena.

"The priority is to establish whether he was acting alone or as part of a network."

Transport police said they believed the attack had taken place just outside the Manchester Arena near a public foyer which linked to the train station.

Isabel Hodgins, who had been attending the event, told Sky News: "Everybody was panicking, there was pushing up the stairs.

"The corridor was full, it smelled of burning, there was quite a lot of smoke as we were leaving. It's just shocking and we just feel very shaken up. We're just lucky to have gotten away safely," she said.

Majid Khan, 22, who was attending the concert with his sister, said: "A huge bomb-like bang went off that hugely panicked everyone and we were all trying to flee the arena."

Calvin Welsford, 18, from Bristol told the BBC: "It almost sounded like a gunshot.

"I looked around and people were just spilling down, heading out of the building. I was actually having an asthma attack. It was sheer panic," he said.

Manchester residents opened up their homes to people left stranded by the incident, sending messages with the hashtag #RoomforManchester.

Grande said on Twitter that she was "broken" after the attack.

A spokesman for the singer said she was "okay".

Britain is on its second-highest alert level of "severe" meaning an attack by militants is considered highly likely.

British counter-terrorism police have said they are making on average an arrest every day in connection with suspected terrorism.

In March, a man ploughed a car into pedestrians on London's Westminster Bridge, killing four people, before stabbing to death a police officer who was on the grounds of parliament. He was shot dead at the scene. 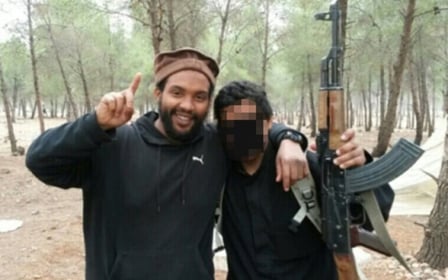