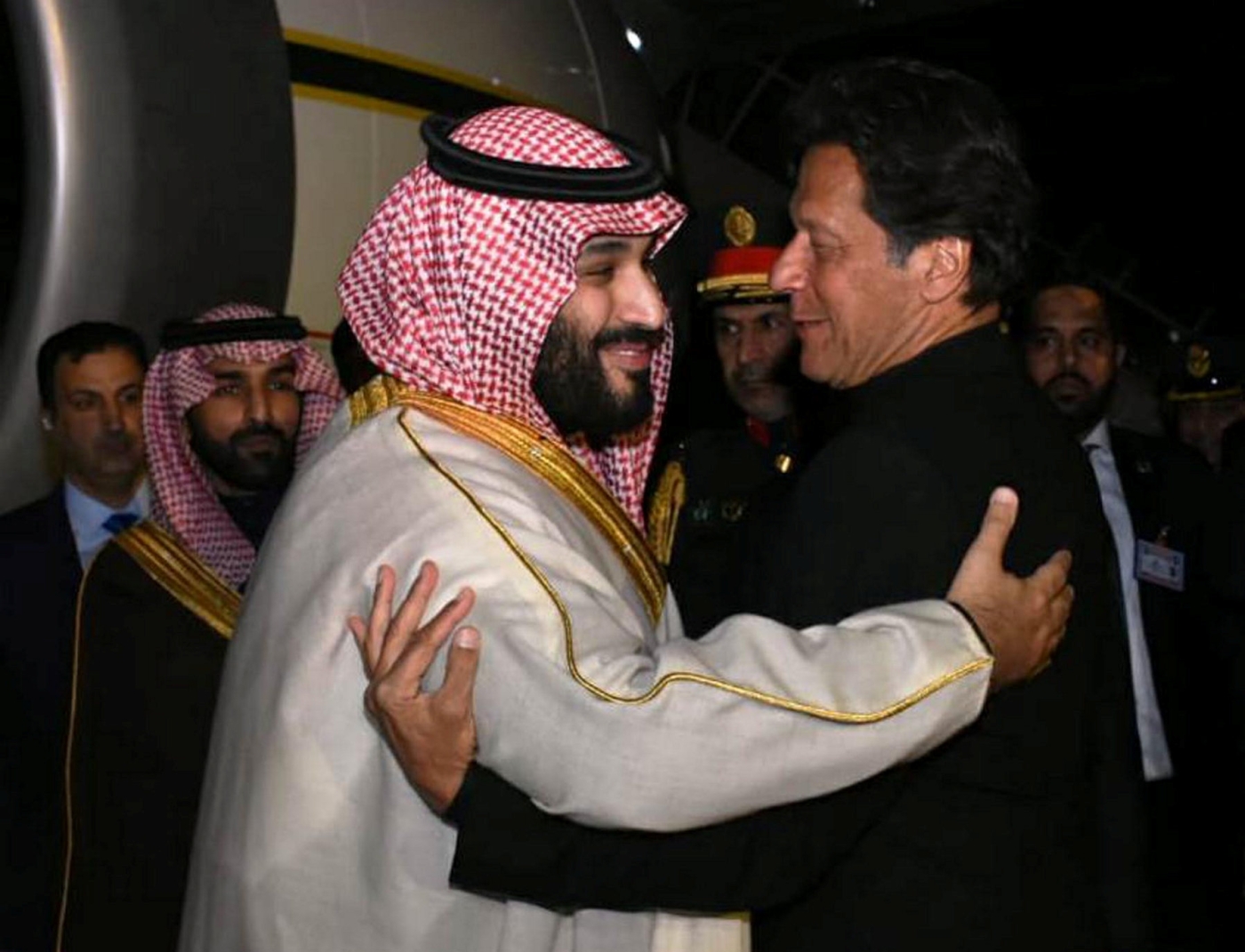 Saudi Arabia's Crown Prince Mohammed bin Salman has ordered the release of more than 2,100 Pakistani prisoners held in the kingdom's jails during a visit to Islamabad, according to Pakistan's information minister.

Pakistan was the crown prince's first stop on an Asian tour that will also include India and China and is seen, in part, as an attempt to rehabilitate the kingdom's image following the murder of journalist Jamal Khashoggi in October.

Saudi Arabia has yet to comment on the prisoner release. Many of the detainees are thought to be poor Pakistani labourers who travel to the Gulf each year, working on construction sites and as domestic helpers and sending money back to their families.

News of the prisoner release came after Saudi Arabia and Pakistan signed $20bn worth of investment agreements on Sunday to boost Islamabad's struggling economy, on top of a $6bn bailout from the kingdom announced last year.

Weeks after Khashoggi's killing, Pakistani President Imran Khan told Middle East Eye that he had been shocked by the murder, but that his government would continue to prioritise relations with Saudi Arabia because Pakistan needed access to Saudi loans.

"We are desperate at the moment," Khan told MEE.

The crown prince's visit marks a deepening of ties between allies whose relationship has centred in the past on Saudi Arabia backing Pakistan's economy during difficult periods in return for the support of Pakistan's army for the kingdom and its royal family.

In the early 1970s, Saudi Arabia's King Faisal and then-Pakistani prime minister Zulfiqar Ali Bhutto developed a warm relationship which saw Pakistan's first military presence in the kingdom. At the request of King Fahd in 1982, General Zia ul-Haq, then Pakistan's president, sent an armoured brigade to the kingdom.

Last year, the Pakistani military sent over 1,000 new troops to Saudi Arabia. Their purpose was unclear with analysts speculating that they were deployed to protect the Saudi royal family after the purge that saw hundreds of the kingdom's richest citizens and relatives rounded up over corruption allegations and held in the Ritz-Carlton hotel in Riyadh.

Along with a 21-gun salute, Pakistan was set to hand Mohammed bin Salman the Nishan-e-Pakistan (Order of Pakistan), the country's highest civilian honour, as part of the biggest state visit since one by Chinese President Xi Jinping in 2015.

The tour coincides with a spike in regional tensions: India and Saudi Arabia's rival Iran - both bordering Pakistan - have accused Islamabad of backing militant groups that have carried out bloody suicide attacks on their soil in recent days.

Hours ahead of the crown prince's arrival Sunday, Pakistan dismissed Delhi's accusations as "well-rehearsed tactics from [the] Indian playbook after such incidents in the past".