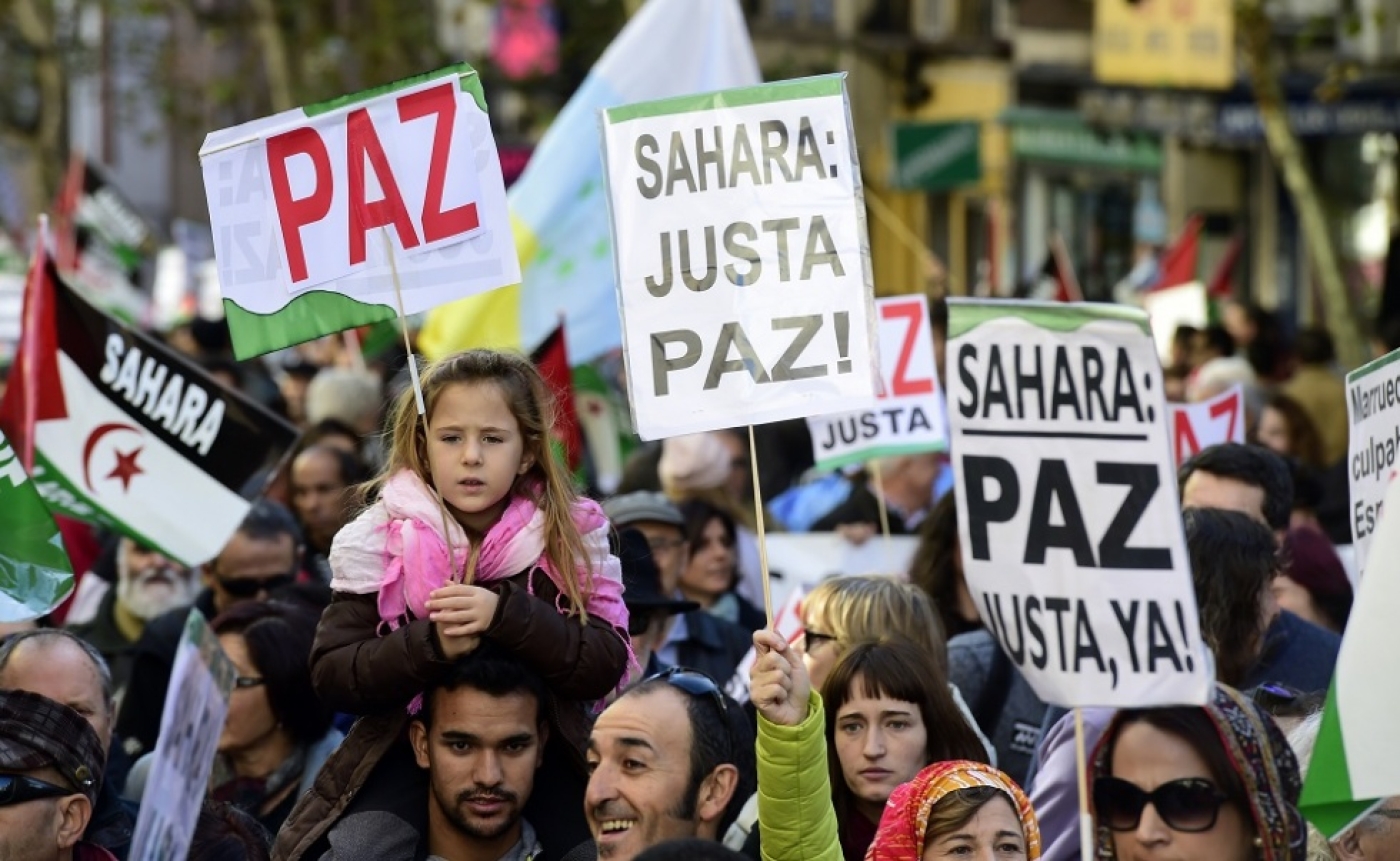 People hold placards reading "Sahara: fair peace now" during a demonstration stage in support of the independence of the Western Sahara in Madrid
By
AFP

Rabat on Saturday expressed "astonishment" after a Spanish judge upheld genocide charges against 11 former Moroccan officials accused of killings and torture in the disputed Western Sahara.

It was "a new attempt to revive an old issue after that of 2007, which proved futile and was riddled with serious factual errors and inconsistencies bordering on the ridiculous".

A Spanish court investigation was launched in 2007 by former human rights judge Baltasar Garzon after rights groups brought a case alleging 500 Sahrawis had disappeared since 1975.

Spain accuses the 11 Moroccan ex-security officials and governors of taking part in ethnically motivated torture, killings and detentions in the former Spanish colony between 1975 and 1991.

Judge Pablo Ruz at Spain's National Assembly ruled on Thursday there was a case to answer in court.

He called for the arrest and extradition of seven of the accused and asked the Moroccan courts to find and notify the other four.

Victims cited in the ruling claimed they were beaten, burnt, electrocuted and sexually assaulted while held by Moroccan security forces.

Relatives of others said their loved ones simply disappeared.

"The facts mentioned date back more than 25 years, some nearly four decades, and concern a specific historical period and circumstances tied to armed hostilities from another time," Morocco's foreign ministry said on Saturday.

"To unearth them today is primarily a political tool," the statement said ahead of "annual UN deadlines relating to the Western Sahara issue".

Morocco took control of most of Western Sahara in November 1975 after Spain withdrew and fought a 16-year conflict against the Sahrawi pro-independence Polisario Front.

Repeated bids by UN mediators to hold a referendum on self-determination for the Sahrawis in the vast territory have since failed.

Since 2007, Morocco has proposed a plan for autonomy under its sovereignty, but this is rejected by the Algeria-backed Polisario Front which is demanding a referendum on self-determination.

The UN Security Council is due on 22 April to discuss Western Sahara and its MINURSO peace force deployed in the region since a 1991 ceasefire.

On Friday, UN chief Ban Ki-moon called for a new push on Western Sahara and stressed that cooperation to address human rights could help find a settlement.

In a report to the Security Council, he said Morocco and the Polisario Front must "seriously engage" with his envoy and "intensify their efforts" to reach a settlement.