Action committee focuses on issues most important to Muslim women, aims to elect candidates who share their values 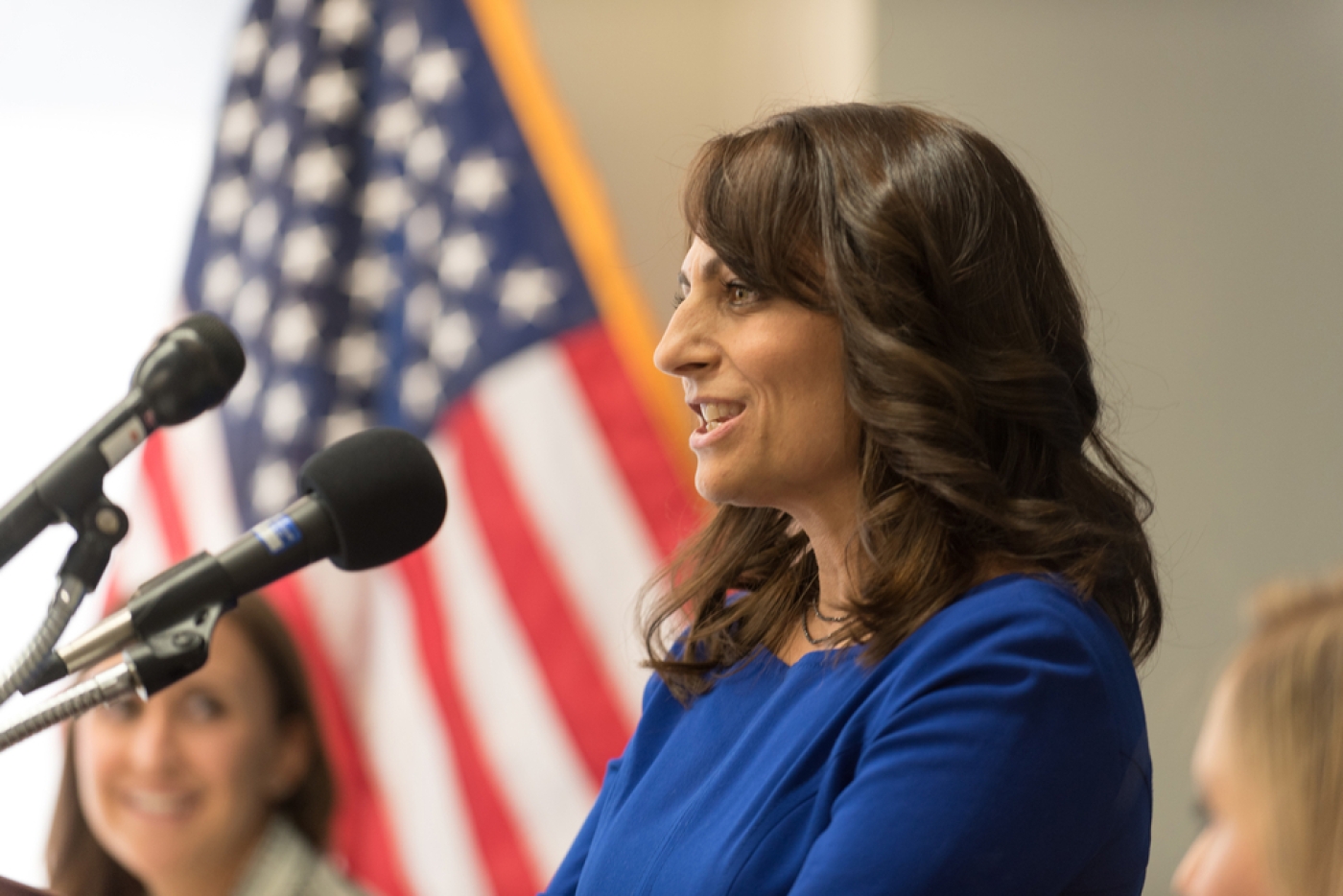 Mirriam Seddiq’s nine-year-old son came home from school one day with a very important question. “Mama,” he asked, “When Trump wins, where are we going to go? I’m going to miss my friends.”

“As an American, I felt like there was no way we were going anywhere,” Seddiq, a Maryland immigration and criminal defense attorney, told MEE.

Seddiq searched for a way to get more involved in countering the rhetoric about Muslims in this election cycle, and connect with other informed and engaged Muslim voters. Finding none, she created her own, the American Muslim Women Political Action Committee (PAC) dedicated to electing leaders who share the values of the Muslim American community.

“I’m not a political person, I’ve never been a political person, and I think a lot of us, especially women, tend to stay away from it because it’s dirty, it’s ugly, there’s a lot of mudslinging,” Seddiq said. But after an election cycle of violent rhetoric, she became political.

A paper published by the Tow Center for Digital Journalism at Columbia University entitled Hate and Incriminate: The US Election, Social Media, and American Muslims, found “...hate speech against Muslims is not simply tolerated and largely unpunished, but normalized into a valid political position.”

When asked if the statements were simply words, and therefore harmless, Seddiq said: “The Declaration of Independence is ‘just words’ but the founding fathers were afraid to put them on paper because they knew their power.”

The PAC, formed shortly after the national conventions, focuses on equality and non-discrimination and is looking at other key issues going forward: ensuring that Muslim Americans aren’t disproportionately targeted by mass surveillance; access to quality healthcare; pay equality and access to quality jobs. Although Muslim women have differing views about abortion, Seddiq said the organisation will also support pro-choice candidates so that women can make the choice that’s right for them.

“We are by and about Muslim women, that’s the goal,” Seddiq said.

The PAC’s focus areas mimic those in a survey of Muslim voters released this week by the Council on American-Islamic Relations (CAIR), the United States’ largest Muslim civil rights and advocacy organization. Those results found that Muslim voters are concerned about civil rights, education, the economy, bullying, a proposed ban on Muslims entering the US, and national security.

Although formed late in the cycle (the US presidential election will be held on 8 November), the American Muslim Women PAC endorsed Hillary Clinton in a news conference on Tuesday. Neither the Clinton campaign nor the Trump campaign responded to MEE’s request for comment, but a senior Republican strategist in Washington DC said the endorsement came as no surprise.

“While the Republican Party remains committed to outreach in many diverse communities, it comes as no surprise that a group like this has chosen to support Hillary Clinton,” the strategist, who requested anonymity because of ongoing work with the party, told MEE. “The GOP nominee has given them no other choice but to support Clinton.”

Seddiq was quick to point out that the PAC is non-partisan. “Democrats should not feel entitled to our vote. You look at somebody like Maggie Hassan in New Hampshire. She’s a Democrat, she’s pro-choice. By all ideas I think people would assume that would be a natural fit for us,” Seddiq said. “But in December 2015, she said she wanted to halt the resettlement of Syrian refugees until she could be sure that we were safe. And we vetted her. A lot of Democratic women, and Democrats, have that same view, and aren’t in line with our views.”

“The GOP nominee has given them no other choice but to support Clinton.”

Because the PAC is so new, and there are so many candidates to vet, the organisation is sticking with one endorsement this election cycle, while also looking ahead to the mid-term elections.

“When we vote, a lot of Americans tend to ignore the mid-term elections,” she said. “But I think there are some key races coming up that we’re going to be looking at, and seeing where we can put both our money and our voices. And that would also help us find key areas across the nation where we need to put people on the ground.”

Those people on the ground will include not only community organisers, and ultimately, candidates themselves at all levels.

Congressman Andre Carson, (D-IN) one of two Muslim members currently serving in Congress, told MEE he sees tremendous potential in the new group. “I think it’s a fantastic effort. It’s something that can be replicated across the country,” Carson said. “Now more than ever Muslims have been a focus of presidential campaigns, state and local campaigns, and we have to build those relationships.”

Carson, who is up for reelection this cycle, also points to the power of lower ticket races. “There are so many campaigns, and there are a lot of great people campaigning,” he told MEE. “Local races and local elections can have an immediate impact on their communities.”

By the next presidential cycle, Seddiq said, the PAC will be a force with which to be reckoned.

“The ultimate goal is to be 100 percent operational by the next election so this never happens to us again, so nobody can ever talk about us this way again.”

*The independent live telephone survey of more than 800 Muslim voters was conducted after the first presidential debate (9/7 to 10/5) and looks at how many Muslims plan to turn out at the polls, who they plan to vote for in the presidential election and what issues they believe are important in determining who to vote for. CAIR's survey has a margin of error of plus or minus 3.5 percent.