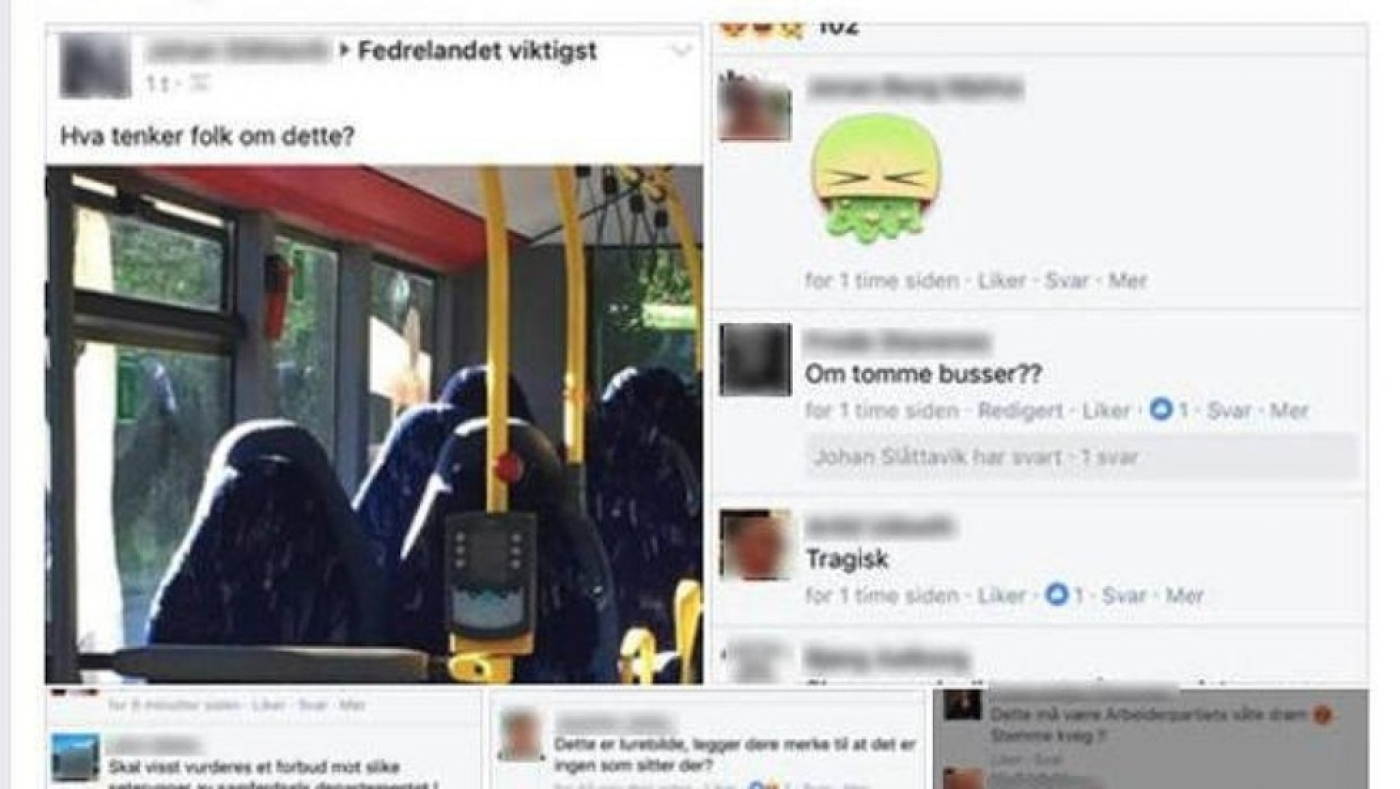 A Facebook group for members of Norway's far right has prompted derision online after its members mistook a row of empty bus seats for burka-wearing women.

An obviously confused member of the group, which is named 'Fatherland First', posted an image of dark-coloured empty bus seats with the question: "What do people think about this?"

And it seems the group's members thought the image was of a bus full of women wearing the burka. To them, it was proof of the alleged "Islamification of Norway", the English-language Local newspaper reported.

'It looks really scary, should be banned'

Far-right members of the group described the dark-blue bus seats as "frightening", "tragic" and "scary" as other users expressed concerns that the empty seats could be hiding "weapons and bombs" under their clothing.

"It looks really scary, should be banned. You can never know who is under there. Could be terrorists with weapons," one of the group's particularly alarmist users wrote.

"Get them out of our country, those who look like collapsed umbrellas. Frightening times we are living in," wrote another Facebook user, who clearly hadn't looked at the image properly.

The image of the empty seats and the Islamophobic responses was first reported by Facebook user Sindre Beyer, a Norwegian Labour politician who says he monitors the activities of the far-right Facebook group's 13,000 members.

"I'm shocked by how much hate and fake news is spread there. The hatred that was displayed toward some empty bus seats really shows how much prejudices trump wisdom," Beyer told the Nettavisen news website.

"That's why I shared the post so that more people can see what is happening in the dark corners of the web," he added.

"The buses aren't full of creepy Islamists and neither do they typically have so many empty seats," he added.