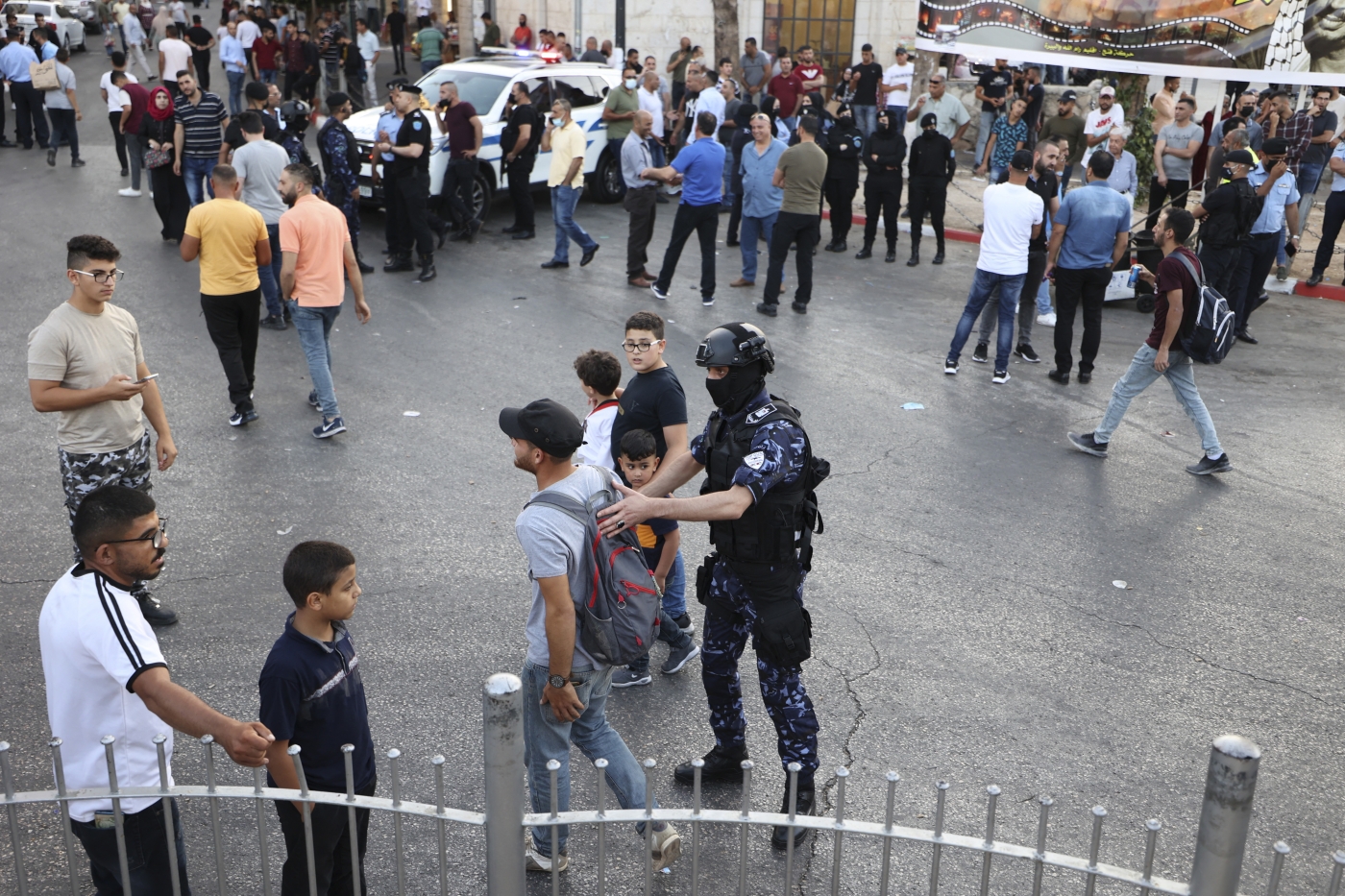 Palestinian police prevent demonstrators from gathering ahead of a planned protest against the PA following the death of an activist in the West Bank city of Ramallah, on 5 July 2021 (AFP)
By
Shatha Hammad
in
Ramallah, occupied West Bank

The Palestinian Authority has rounded up more than 20 Palestinians who protested in the West Bank city of Ramallah on Monday over the killing of activist Nizar Banat, before police attacked a sit-in staged by families of those detained.

Some detainees were released early morning on Tuesday, though others remain in custody awaiting to be transferred for public prosecution.

Police began rounding up demonstrators at Al-Manarah Square in Ramallah on Monday, where activists had arrived to join the protest over the death of Banat, a fierce PA critic who died in custody in late June.

Several activists were arrested on the site and the rally was dispersed before it could begin.

Among those arrested were well-known Palestinian activists and intellectuals, including researchers Khalid Odetallah and Ubai Al-Aboudi, political activist Omar Assaf, Tayseer Mustafa, brother of the assassinated leader of the left-wing Popular Front for the Liberation, and medical doctor Osama Budair.

All were transferred to the police detention centre in the city. The detainees' families then began a sit-in protest in front of the police centre, demanding the release of the arrested activists. However, security forces stormed the site using batons and pepper spray, and arrested some of the detainees' relatives.

Shawan Jabarin, the director of the Al-Haq organisation, who was at the sit-in, said there had been "a decision at a high level to suppress the protesters in front of the police station".

"The attack that I witnessed was brutal. The security forces dragged a female detainee along the ground,
grabbing her hair. They used batons and pepper gas against the protesters despite there being children on the site," he told Middle East Eye.

“I called the prime minister, who is also the interior minister, Mohammad Shtayyeh, and told him that I demand to visit the detainees. He answered: 'Let me see,' and then turned off his phone.”

Eye-witnesses reported to MEE that security forces violently beat activist and writer Hind Shraydeh, the wife of Ubay Al-Aboudi, in front of her children before taking her into custody.

"We witnessed a brutal beating inside the police station," said Shraydeh, after her release a few hours later.

"They sprayed us with pepper gas and I can still taste it in my mouth.”

Another witness said five participants in the sit-in lost consciousness as a result of their injuries and were moved to the hospital. Among those injured were journalists Aqil Awawdeh and Muhammad Hamayel - both were repeatedly attacked and had their phones confiscated.

An activist named Haytham Siyag was also arrested and brutally beaten, leaving him with fractures and bruises on his body. He was moved to a hospital, where he immediately started a hunger strike, and refused to receive medication and treatment until he was released.

Activist and legislative candidate Islam Alfayez said that police "violently attacked the detainees inside the police station with clubs and assaulted them".

"I witnessed with my own eyes journalists and activists bleeding because of the beatings.”

Others arrested included Asma Odetallah, the daughter of Khalid Odetallah, and Aws and Shatha Assaf, the son and daughter of the prominent Palestinian architect Omar Assaf, as well as Nadya Habash and her daughter and son, Jenin and Basil, and attorney Diala Ayessh.

Following the detention and death of Banat on 24 June, the PA has intensified its campaign of repression against protesters.

At the same time, PA President Mahmoud Abbas announced the renewal of a state of emergency on the pretext of fighting the Covid-19 pandemic. The Lawyers for Justice organisation denounced the crackdown, saying the "suppression and detention of dozens of activists and citizens over their advocacy for human rights is unprecedented and is meant to abridge the freedom of speech”.

Sources within the security forces have told Palestinian media that there was a decision at a high level to prevent protesting, particularly in Ramallah.

The PA has yet to confirm any such move, however.

Prime Minister Shtayyeh declared at a meeting of the Council of Ministers that “the dignity of the Palestinian people emanates from the dignity of this country and its right to freedom and life, which is a sacred right recognised by all religions and protected by local and international laws".

"And we shall review any procedures that constituted a curtailment of this right or undermined it," he said. 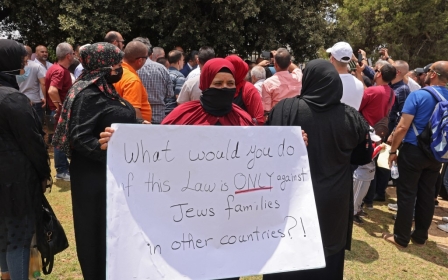