Israel could consider donating surplus doses to the Palestinians to help accelerate a vaccine roll-out in the occupied West Bank and Gaza, a new World Bank report says The Palestinians' Covid-19 vaccination plan faces a $30m funding shortfall, even after factoring in support from a global vaccine scheme for poorer economies, the World Bank said in a report published on Monday.

Israel, a world leader in terms of vaccination speed, could perhaps consider donating surplus doses to the Palestinians to help accelerate a vaccine roll-out in the occupied West Bank and Gaza, the report said, according to Reuters.

"In order to ensure there is an effective vaccination campaign, Palestinian and Israeli authorities should coordinate in the financing, purchase and distribution of safe and effective Covid-19 vaccines," the bank said. Cost estimates suggest that "a total of about $55m would be needed to cover 60 percent of the population, of which there is an existing gap of $30m," the World Bank said, calling for additional donor help.

The Palestinians began vaccinations this month and have received small donations from Israel, Russia and the United Arab Emirates.

But the roughly 32,000 doses received to date fall far short of the 5.2 million Palestinians in the West Bank and Gaza, territory Israel captured in the 1967 war.

Palestinians and rights groups have accused Israel of ignoring its duties as an occupying power by not including the Palestinians in its inoculation programme.

Israeli officials have said that under the Oslo Peace Accords, the PA health ministry is responsible for vaccinating people in Gaza and parts of the West Bank where it has limited self-rule.

Israel reopened swathes of its economy on Sunday after rolling out one of the world's swiftest vaccination programs. It has been administering the Pfizer vaccine to its 9.1 million citizens, and has a separate stockpile of an estimated 100,000 doses of the Moderna vaccine.

'From a humanitarian perspective, Israel can consider donating the extra doses it has ordered that it would not be using'

While the PA expects to receive an initial Covax shipment within weeks, the programme is at risk of failing, mainly due to a lack of funds. The PA says it has supply deals with Russia and drugmaker AstraZeneca, but doses have been slow to arrive.

"From a humanitarian perspective, Israel can consider donating the extra doses it has ordered that it would not be using," the World Bank said.

The PA health ministry said on Friday that Israel had agreed to vaccinate 100,000 Palestinians who regularly cross into Israel for work.

A decision on vaccinating the Palestinian workers should be made soon, Nachman Ash, Israel's coronavirus czar, told reporters on Sunday.

"From a medical perspective, we think vaccinating the Palestinian workers is very much the correct thing to do." 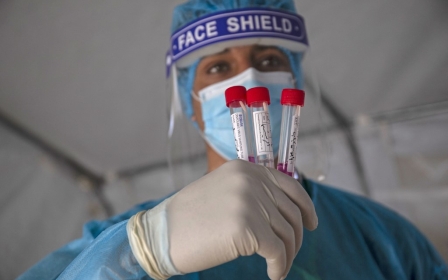 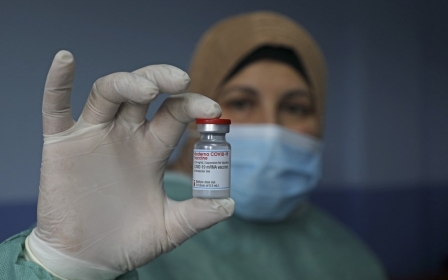 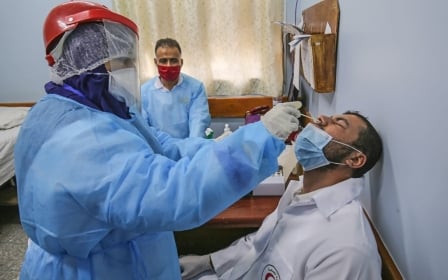