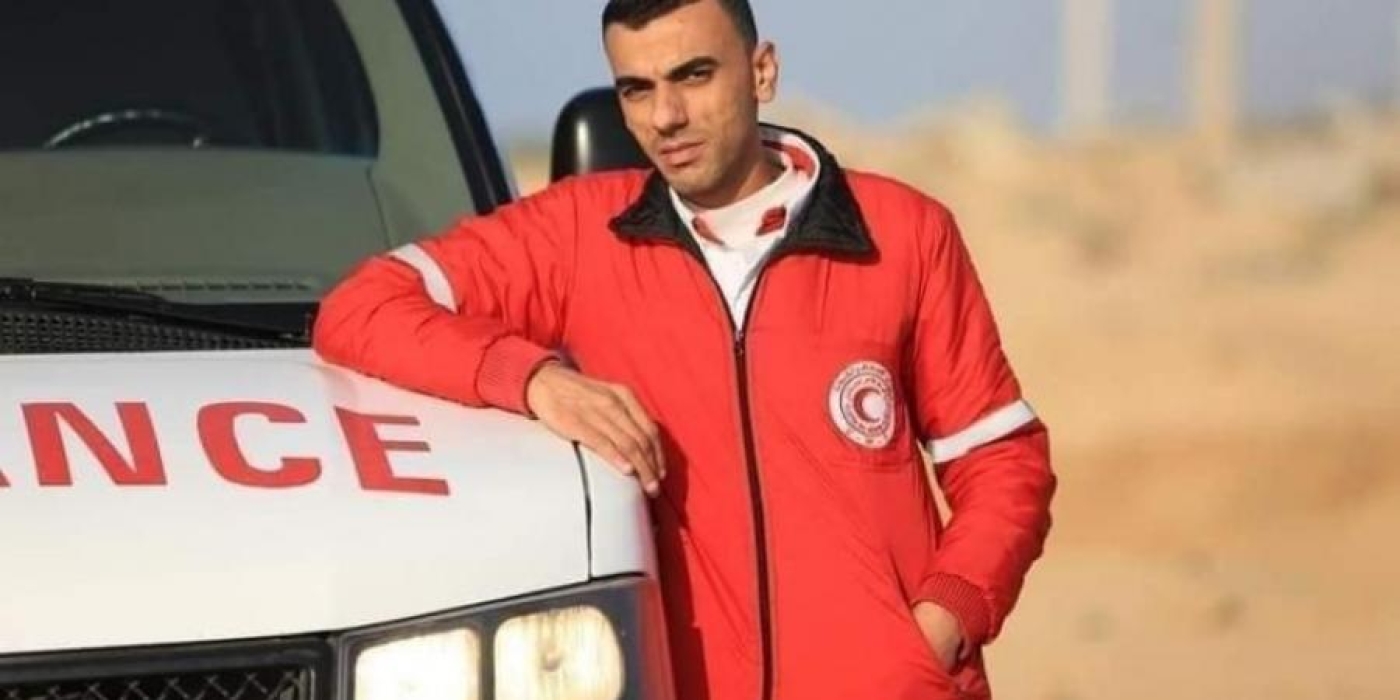 Mohamed Sobhi Al-Judeili, 36, was shot in the head by Israeli snipers while on duty with the Red Crescent east of Jabalia (Facebook)
By
MEE staff

A Palestinian paramedic who was shot by Israeli gunfire last month died on Monday in a hospital in the occupied West Bank's Hebron, the Gaza health ministry said in a statement.

Mohammed Sobhi al-Judeili, 36, was shot in the head by Israeli snipers while on duty with the Red Crescent east of Jabalia in the Gaza Strip's north.

His funeral was held in Gaza City on Tuesday, with his son leading the mourners.

Judeili is the fourth medic killed by Israeli forces since the beginning of mass protests on Gaza's fronter with Israel last year.

The first, Moussa Abu Hasanein, 35, was fatally shot in the chest on 15 May 2018, despite wearing a high-visibility vest, according to a UN probe.

Razan Najjar, a 21-year-old female paramedic, was shot dead on 1 June last year while volunteering as a first responder to treat wounded protesters.

On 10 August, Israeli forces killed Abed Abdullah Qotati, 22, with a shot to his chest as he was treating a wounded protester near the frontier. 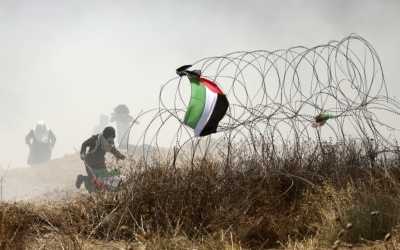 According to Gaza's health ministry, 685 medics have also been wounded during Israel's crackdown on the protests.

The demonstrations, dubbed "the Great March of Return", have been held at the frontier since 30 March last year to demand an end to Israel's blockade of the Gaza Strip and the recognition of the right of Palestinian refugees to return to their homes in Israel.

At least 306 Palestinians were killed in Gaza by Israeli forces since the beginning of the march, according to the health ministry, while more than 17,000 have been injured.

Two Israeli soldiers have been killed during the same time frame, one by a Palestinian sniper and another during a botched Israeli special forces operation inside the coastal enclave.

A panel of UN investigators said in February that Israel’s killing of largely unarmed protesters "may constitute war crimes or crimes against humanity".