A Palestinian teenager was shot dead and 112 people were wounded by Israeli soldiers during clashes over an ancient site that settlers have tried to seize from Palestinian villagers, the Palestinian health ministry said.

Mohammed Hamayel, a 15-year-old from Beita village, south of Nablus city, succumbed to his wounds, and “died as a result of being shot in the face with live ammunition by the [Israeli] occupation," a health ministry statement said. The Israeli army said it was investigating the incident.

The clashes broke out on Wednesday morning around Mount Al-Urma in Beita village. The mountain is one of the most important archaeological areas in Nablus and is the highest peak in Beita.

Around 112 Palestinians were wounded, 90 of them from tear gas inhalation, and 18 from rubber-coated bullets, the Palestinian Red Crescent reported.

In late February, the settlers made their first attempt to seize Mount Al-Urma but were repelled by hundreds of locals. The confrontation left 93 people injured by Israeli live fire and rubber bullets.

On Monday 2 March, settlers tried for a second time to reach the top of the mountain, but the residents of Beita quickly gathered to defend it.

According to historians, Mount Al-Urma has been inhabited since the early Bronze Age, about 3,200 years ago.

On top of the mountain, walls that still exist indicate that an ancient castle was built there, under which seven water tanks were dug into the rock. 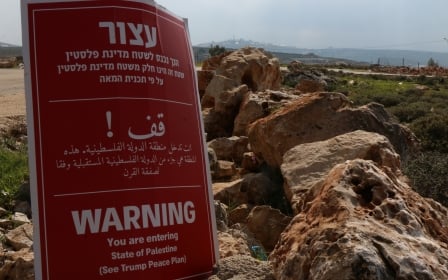 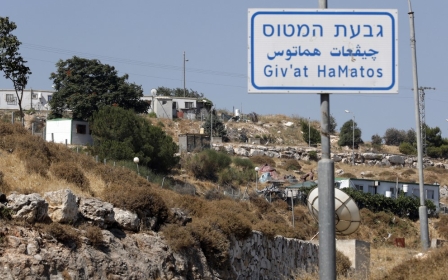