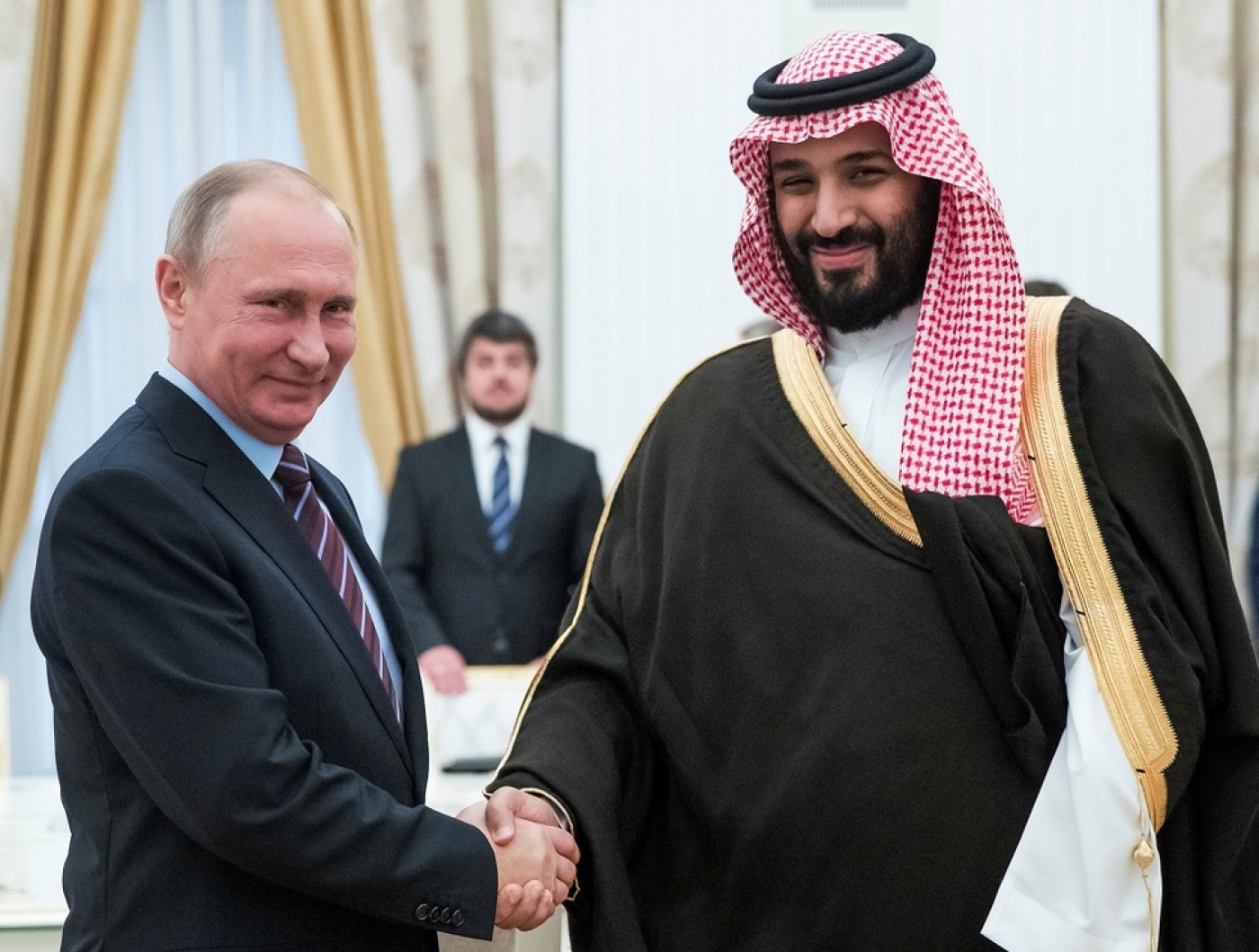 Crown Prince Mohammed bin Salman is fascinated by Russian President Vladimir Putin’s alleged ability to target former spies in the UK "and get away with it", a leading member of the Saudi opposition and friend of missing journalist Jamal Khashoggi has told Middle East Eye.

“Putin is a role model. MbS once asked in a gathering: ‘How does Putin manage to kidnap his opposition figures and assassinate them in London, and it does not have consequences?’” the opposition figure revealed, referring to the crown prince by his initials.

Bin Salman’s interest in Putin was stirred by the suspected poisoning of Sergei Skripal, a former double agent, and his daughter Yulia with Novichok, a nerve agent, in the city of Salisbury in southern England on 4 March this year by suspected Russian intelligence officers.

The British government has said it is highly likely that Russia was responsible, and the UK and many of its western allies have expelled Russian diplomats as a consequence of the case. Putin has denied that the Kremlin ordered Skripal’s poisoning.

The case stirred memories of the notorious fatal poisoning of another Russian defector, Alexander Litvinenko, in a London restaurant in 2006, in what a British government report concluded was a Russian intelligence operation “probably approved” by Putin.

The opposition figure, who cannot be named for fear of endangering his life, has close contacts in the royal court. He told MEE that he was “100 per cent sure” bin Salman had ordered Khashoggi’s murder in the Saudi consulate in Istanbul and said he believed King Salman would also have known about the alleged operation.

Khashoggi, who had been living in exile in the US, has been missing since entering the consulate on 2 October. Turkish officials spoken to by MEE say investigators suspect he was killed and dismembered shortly after entering the building.

'MbS would not have done such a thing without informing the King beforehand... They are playing the role of good cop and bad cop but both are in on this scheme'

Turkish investigators on Monday and Tuesday searched the consulate building for forensic evidence after finally gaining entry to the building. Saudi officials have denied any involvement in Khashoggi's disappearance.

In conversations with US President Donald Trump and Jared Kushner, Trump’s son-in-law and Middle East envoy, both King Salman and his son appear to have strenuously denied ordering Khashoggi’s death. Trump told reporters on Monday that the king's denial to him “could not have been stronger”.

However, in talks with US Secretary of State Mike Pompeo in Riyadh on Tuesday, bin Salman had "agreed on the importance of a thorough, transparent, and timely investigation" into Khashoggi's disappearance, US State Department spokeswoman Heather Nauert said in Washington.

But MEE’s source said: “No-one else would be able to do such a thing without MbS’s order. I believe King Salman was also aware of this. MbS would not have done such a thing without informing the King beforehand. He could have informed them there would be an arrest but not given his father the details. They are playing the role of good cop and bad cop but both are in on this scheme,” he said.

‘Go to a safer place’

Leading Saudi exiles sheltering in Istanbul were warned last year by the Turkish authorities that their lives were in danger, according to the source.

A week after the arrests of two leading clerics, Salman al-Odah and Awad al-Qarni, in September last year, the Saudis made an official demand for the extradition of six opposition figures in Istanbul.

The Turkish authorities refused to hand them over but told them that their safety could not be guaranteed in Istanbul.

“The Turks asked them to leave. They said: ‘Go to a safer place before they hit you here.’ They made it very clear that they were vulnerable in Istanbul,” the opposition figure said.

Khashoggi was warned by friends not to go into Saudi embassies and to be careful about whom he contacted on WhatsApp, but he ignored their advice, he added.

KbS invited him in, “comforted and welcomed him”, the source said. He offered to set up a media organisation for Khashoggi to head in DC. Khashoggi rejected the offer.

Asked why Khashoggi walked into the consulate knowing that his life was in danger, his friend replied: “Jamal forgives. He let people off. That was the character of the man. He also had direct experience under his former boss Turki bin Faisal [the former Saudi ambassador to London and Washington] how opposition figures were treated. He thought he would be treated in the same manner.”

Khashoggi worked as bin Faisal's media adviser in both London and Washington.

Saud al Qahtani, an adviser to the royal court who is known as bin Salman’s "enforcer", personally ordered Khashoggi to stop writing and tweeting after his comments in Washington about the suitability of forming a close relationship with Trump, the late journalist told colleagues.

Qahtani launched a Twitter campaign appealing to Saudis to compile a blacklist containing the names and identities of anyone showing sympathy with Qatar under the Arabic hashtag #TheBlacklist and he vowed to "follow" every name reported to him.

Referring to the day of judgement in the Quran, one of his tweets said:

Translation: “I promise: These hard days on the Gulf will pass. ‘They see it far away and we see it near; and there will be a harsh punishment and a chase from the states of every mercenary whose name will be on #TheBlackList.”

In his Washington Post column in February this year, Khashoggi wrote: “Saud Al-Qahtani… has a blacklist and calls for Saudis to add names to it. Writers like me, whose criticism is offered respectfully, seem to be considered more dangerous than the more strident Saudi opposition based in London.”

Another MbS loyalist, Prince Khalid Bin Abdullah Al Saud, a grandson of King Abdul Aziz, sent a message to the Istanbul-based academic Ahmed bin Rashid bin Saeed, “Do not you want to pass by the Saudi embassy? They want to talk to you face to face.”

The senior opposition figure interviewed by MEE said that Khashoggi’s suspected murder would have the opposite of its intended effect.

“All these threats will make the opposition come out more. It will galvanise the opposition. The people around MbS are haters, they hate society, all aspects of it. They hate Islamists, non-Islamists, everyone. Khashoggi was the kind of person who could bring true reform and he was betrayed. He had only three requests: to uncuff our hands; let us speak; remove the sword from our necks.”

The opposition figure believes bin Salman will be able to ride this crisis out, but that the trust the US establishment placed in the young prince has been shattered forever.

“If the King wants to sack him as Crown Prince, he can, but I do not think that he will. I believe the direction now is to put the blame for the assassination on those 15 men who murdered him and the Consul General. MbS would easily do this. Someone has to carry the can. If the US and Europe put pressure on MbS to resign, maybe he would, but I doubt the US will do that.”