Saudi Arabia, Egypt and Gulf nations severed diplomatic relations with Qatar in a coordinated move on Monday (AFP/file)
By
MEE and agencies

Turkey's parliament on Wednesday approved a draft bill allowing its troops to be deployed to a Turkish military base in Qatar, an apparent move to support the Gulf Arab country when it faces diplomatic and trade isolation from some of the biggest Middle Eastern powers.

Saudi Arabia, Egypt, the United Arab Emirates and Bahrain severed relations with Qatar and closed their airspace to commercial flights on Monday, charging it with financing militant groups. Qatar denies the accusations.

Ankara's move comes a day after US President Donald Trump sided with Saudi Arabia in its rift with Qatar and accused Doha of "funding extremism".

The Turkish bill, drafted before the rift, passed with 240 votes in favour, largely with support from the ruling Justice and Development Party (AKP) and nationalist opposition Nationalist Movement Party (MHP).

Officials from the AKP and MHP said the legislation would allow troops to be deployed to a Turkish base in Qatar, amid reports Turkey is also set to offer food and emergency supplies to the country.

Kamal Alam, a visiting fellow at diplomatic and defence think-tank RUSI, told Middle East Eye that a prolonged crisis in the Gulf could see Turkish military power in Qatar grow.

“It won’t happen immediately,” he said. “But the Saudi Islamic Arab coalition could fall apart and, maybe, if the situation continues we might see the first steps of replacing US protection in Qatar for Turkish protection.”

Trump spoke with the emir of Qatar on Wednesday and offered help in resolving the crisis, the White House said.

"The president emphasized the importance of all countries in the region working together to prevent the financing of terrorist organizations and stop the promotion of extremist ideology" in his call with the emir, the White House said.

Trump offered to help resolve the diplomatic crisis, including through a White House meeting, the statement said.

The US president also spoke by telephone on Wednesday with Abu Dhabi's crown prince and stressed the importance of unity among Gulf Arab states, the White House said.

Trump "emphasized the importance of maintaining a united Gulf Cooperation Council to promote regional stability, but never at the expense of eliminating funding for radical extremism or defeating terrorism," during a call with Sheikh Mohammed bin Zayed al-Nahayan, Abu Dhabi's crown prince, the White House said in a statement.

Trump had accused Qatar of supporting terrorism in a series of tweets on Tuesday.

Meanwhile, US Secretary of Defense James Mattis called Saudi Deputy Crown Prince Mohammed bin Salman on Wednesday, a day after he spoke to his Qatari counterpart via phone and praised Qatar’s "enduring commitment to regional security".

The growing Gulf crisis has also pulled the Kremlin and the White House into its orbit, as Moscow dismissed allegations that Russian hackers helped spark tension between Qatar and its former allies.

US officials believe Russian hackers were responsible for the false news story on the state-owned Qatar News Agency last week that precipitated the conflict, CNN reported on Tuesday.

Andrei Krutskikh, a Kremlin adviser on cybersecurity, told the Interfax news agency: "We're getting tired of reacting to unsubstantiated banalities."

"Whatever happens, it is hackers. It's a stale claim and as ever there is zero evidence, and conclusions are drawn before the incident is even investigated."

The US Federal Bureau of Investigations had sent a team to the capital Doha to assist Qatari authorities in finding out what happened.

Doha in talks about shortages

Meanwhile moves against Qatar have continued, as former allies ramp up the pressure.

Qatar is in talks with Iran and Turkey to secure food and water supplies amid concerns of possible shortages, Reuters reported on Wednesday.

"We are in talks with Turkey and Iran and other countries," said the official, who spoke on condition of anonymity due to the sensitivity of the subject, adding that the supplies would be brought in through Qatar Airways cargo flights.

The official said there were enough grain supplies in the market in Qatar to last four weeks and that the government also had large strategic food reserves in Doha.

Already, 85 percent of Qatar’s imports have been cut and food trucks at the Saudi border have been forced to turn around. 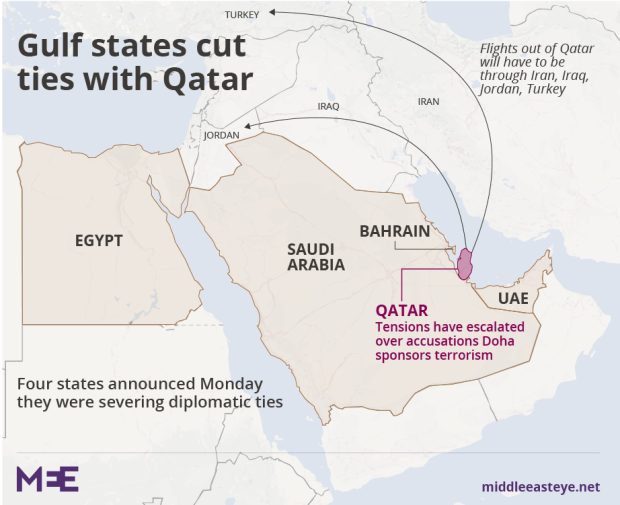 The United Arab Emirates warned on Wednesday that anyone showing sympathy with the emirate over sanctions imposed by its Gulf neighbours could face up to 15 years in prison.

Jordan said it is reducing its level of diplomatic representation in Qatar, cancelling local registration for Al-Jazeera TV, according to an Associated Press report late on Tuesday.

Allies of Qatar have also rallied to support the emirate.

Hamas expressed shock on Wednesday at Saudi Arabia's demand that Qatar end its support for the Palestinian movement.

On Tuesday, Saudi Foreign Minister Adel Al-Jubeir said that to rebuild relations, Doha must cut its support for "extremist" groups, including Hamas.

He said Qatar-supported Hamas, which runs the Gaza Strip, "undermines the Palestinian Authority".

But in a statement on its website, Hamas said the party felt "deep regret and disapproval" at the Saudi statement.

"These statements are a shock to our Palestinian people and to our Arab and Islamic nation, which considers the Palestinian cause its central cause," the statement said.

Meanwhile, the Islamist political group the Muslim Brotherhood has called on Saudi Arabia not to listen to "corrupt princes of oppression" in the UAE.

The Brotherhood rejected what it said were false accusations of terrorism by Saudi Arabia, and called on the kingdom to cease its support for Egyptian President Abdel Fattah al-Sisi.

Qatar said on Tuesday that another ultimatum issued by Saudi Arabia and its allies – that the emirate's citizens leave the kingdom by mid-June - is a violation of human rights that requires UN intervention.

"We have moved from severing diplomatic relations to a comprehensive blockade of international conventions and human rights conventions, not only for Qataris but also for citizens of the Gulf Cooperation Council countries," Marri told a press conference on Tuesday evening.

"Qataris who study in Saudi, the UAE and Bahrain, we've had information that they were requested to leave immediately and they were not allowed to continue their final semester exams," he added.

The crisis is continuing to impact world markets. Traders are also anxious about other events, including the UK election, the European Central Bank policy meeting and the testimony of sacked FBI boss James Comey to Congress about Trump's possible campaign links to Russia.

Germany on Wednesday expressed alarm at the sudden escalation of tensions, warning of the dangers of "Trumpification" of relations in the region.

German Foreign Minister Sigmar Gabriel, who is due to meet Saudi Arabia's foreign minister on Wednesday, said he was surprised by the intensity of the tensions erupting in the Gulf region.

"Such a Trumpification of relations with one another is particularly dangerous in a region that is already rife with crises," he told Germany's Handelsblatt newspaper in an interview published on Wednesday.

'Our will is not to take sides, but Qatar must be completely transparent and answer its neighbours' questions'

"Qatar is apparently to be more or less completely isolated and existentially targeted," he said. "A further escalation serves no one. The Middle East is a political and military powder keg."

Gabriel, a longtime critic of German arms sales, also attacked Trump's recent large US weapons sales to Saudi Arabia and other countries in the Gulf.

France  said it would not takes sides in the diplomatic row – but urged Qatar to be transparent and answer the questions its neighbours had asked it.

"Our will is not to take sides, but Qatar must be completely transparent and answer its neighbours' questions," government spokesman Christophe Castaner told reporters in a weekly briefing.

Castaner was responding to a question on whether Paris considered that Qatar supported terrorist groups. 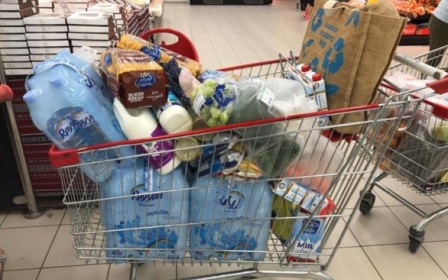 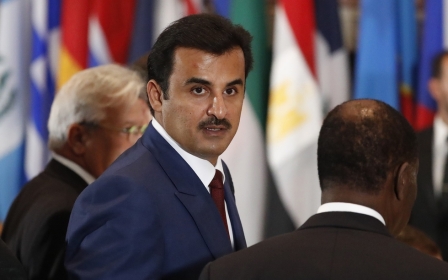 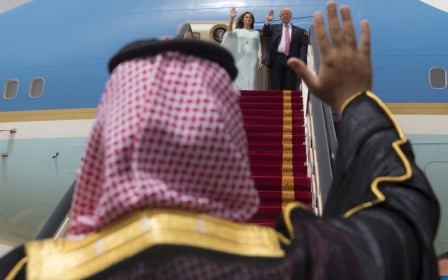